An MQ-1 Predator UAV prepares to launch for a night flight mission over southeastern Iraq.

After more than a decade of war in Afghanistan and Iraq, airborne intelligence will be critical for years to come. By Marcus Weisgerber

Airborne intelligence has arguably given the U.S. military an advantage over adversaries on the ground during the wars in Afghanistan and Iraq and the Pentagon will continue to rely on high-tech sensors and cameras mounted on drones high above the battlefield for years to come, according to Andrew Hunter, the head of the Defense Department’s Joint Rapid Acquisition Cell.

“We need ISR,” Hunter said Wednesday when asked about the types of technologies the Pentagon will need in the years to come during a briefing with reporters at the Pentagon. “That’s been true for every conflict I have seen in 20 years that I’ve been following national security policy.”

ISR stands for intelligence, surveillance and reconnaissance and most often refers to high-resolution cameras affixed to drones and manned aircraft thousands of feet above the battlefield. It could also include listening devices and radars. These sensors are often pods that attach to the wing or underbelly of a drone, such as a Predator or Reaper.

Since U.S. forces deployed to Afghanistan in 2001, defense firms have built more powerful cameras that have helped in locating and tracking targets on the ground.

“It’s just such a critical enabling capability,” said Hunter, who will soon be leaving the Pentagon for the Center for Strategic and International Studies think tank. “What you can do with that information is so versatile and so varied that that’s why I think the demand signal is so strong and remains so strong over time.”

Full-motion video is beamed by satellite from the drone to operations centers where it is analyzed and turned into intelligence.

“You can ask the question: Is enough ever enough? “ Hunter said. “We don’t seem to have found that point yet from my perspective.”

Airborne surveillance from drones has been a critical tool in the campaign against Islamic State (aka ISIS or ISIL) militants in Iraq and Syria, particularly since there are only a limited number of American forces are on the ground in Iraq.

“When you have campaigns that are air focused, that is your eyes on the battlefield because you’re not getting any other view of the battlefield from up close,” Hunter said. “That continues to be just a critical, critical capability.”

When a soldier on the battlefield needs a new tool or technology ASAP, in recent years, it’s been Hunter’s job to get it to them. The Joint Rapid Acquisition Cell operates outside of the cumbersome and complex, Pentagon procurement system, allowing it to operate at light speed when compared to the traditional weapon buying process. And just about everything the office does is classified.

In the past 8 to 10 years, the office has delivered about 500 different types of equipment or technologies to war zones. many of those items and capabilities have been institutionalized by the military services over the years. The office at the Pentagon is now working on about 30 requests, Hunter said.

The Pentagon thought there would be a slowdown in operations as U.S. forces returned from Afghanistan, freeing up more intelligence equipment, Hunter said. But that has not been the case.

“We keep thinking that, hey it’s going to change, we’re going to need a little but less of this, it’s going to be less of a problem,” Hunter said. “It just doesn’t ever come to pass that way.”

The U.S. has now sent forces to Iraq to help the Iraqi Army beat back the Islamic State. American air forces have also been bombing ISIS strongholds in Iraq and Syria.

“Those kinds of capabilities are going to continue to be highly relevant in the rapid acquisition space,” he said.

“The ability to be able to assess the flow of personnel in and out of areas of concern,” using biometrics will also be an area of immediate focus going forward. 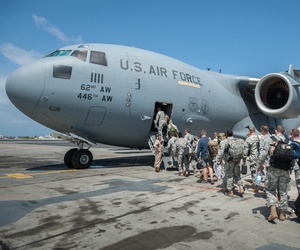 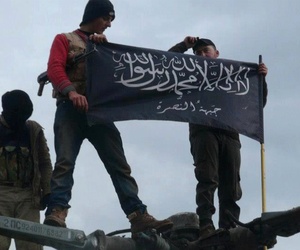 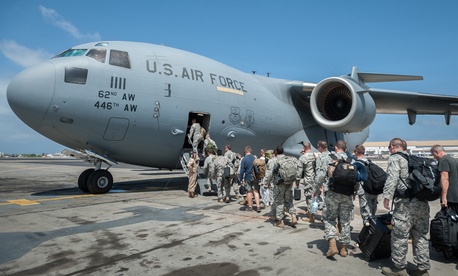 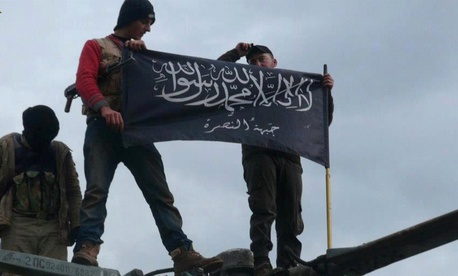