A B-52 Stratofortress is refueled in-flight April 2, 2014 over the Pacific Ocean near Joint Base Pearl Harbor-Hickam, Hawaii.

​With hundreds of billions of dollars in new nuclear weapons being eyed over the next two decades, Pentagon leaders are pushing the value of the mission.

During more than a decade of fighting insurgents in ground wars in Afghanistan and Iraq, the Pentagon didn’t talk much about nuclear weapons or how it views the submarines, bombers and Intercontinental Ballistic Missiles, or ICBMs, that are essential to the deterrence mission.

Now faced with the need for hundreds of billions of dollars in improvements to the current U.S. nuclear stockpile and new nuclear equipment over the next two decades, Pentagon leaders are speaking up.

“We have not gone out to the American people, we have not discussed the continued relevance of the triad and the stability that it brings to us and our allies,” said Maj. Gen. Garrett Harencak, Air Force assistant chief of staff for strategic deterrence and nuclear integration. “Because of that, people are not realizing [the] tremendous value that it brings.”

The nuclear triad, referenced by Harencak at the Carnegie International Nuclear Policy conference on Monday, is the combination of ICBMs, submarines and strategic bomber aircraft. Outside of the think-tank world or every four years when the Pentagon writes a new Quadrennial Defense Review, leaders rarely talk about the triad.

The structure was developed during the Cold War as the U.S. and Soviet Union built up their nuclear deterrent. Decades later, all of the ICBMs, submarines, bombers — and the weapons themselves — are old and in need of replacement, military officials say.

Air Force leaders say they need 80 to 100 new bombers to start flying by the mid-2020s in order to keep the bomber leg of the triad effective.

“It’s going to take time for the roll out,” Air Force Secretary Deborah James said Monday at the conference. “All 100 aren’t all going to be there in the mid-2020s.”

Right now, the Air Force is secretly evaluating bids submitted by Northrop Grumman and a Boeing-Lockheed Martin team for a new stealth bomber. The Pentagon is expected to announce a winner in the coming months.

For a classified program, Pentagon leaders spend a lot of time talking about the new stealth bomber. The project has seen steady support from senior Air Force and Pentagon leadership in recent years.

The Air Force had started working on a new bomber program last decade, but that project was derailed after an intense debate inside the Pentagon over whether the new planes were needed. When Pentagon leaders reconsidered the expensive project, Air Force brass successfully argued the project back into the Pentagon’s long-term plans.

Harencak says the upcoming aircraft’s ability fly deep behind enemy lines, undetected by radar, is a key aspect in future battles. Even if nuclear weapons were abolished tomorrow, the Air Force still needs “a penetrating, persistent bomber,” he argues.

The new Air Force bomber will carry nuclear weapons, but not until several years after it is deemed ready for conventional battle.

As Harencak said, “We are talking about an ability to allow no adversary to have sanctuary anywhere in the world.” 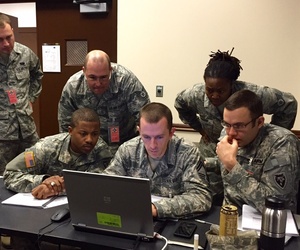 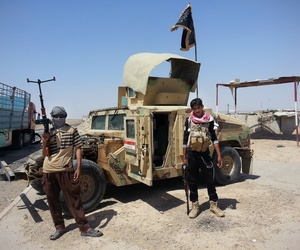 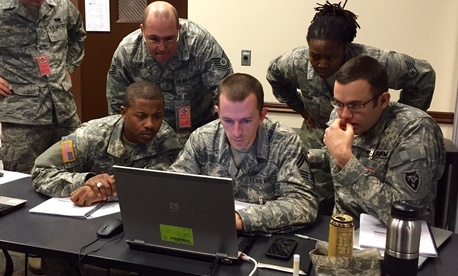 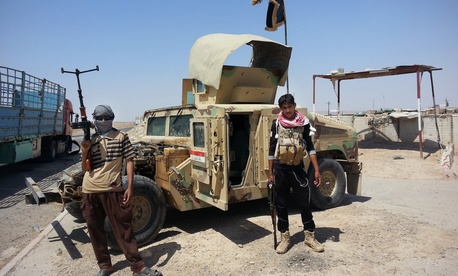