Just before we hit send on this week’s newsletter, the Trump administration announced it wants to relax arms-export policies so that U.S. companies can sell drones to certain allies. This is so U.S. companies can compete against Chinese and Russian drone manufacturers, administration officials said on a conference call Thursday morning. U.S. firms have long argued that export restrictions unduly hinder overseas sales. (Here’s some background from our friends at Defense News and Reuters.)

Read the president’s just-released memo on the issue, and then come back here.

Reaction: Defense industry sources are still assessing the announcement, but it’s not immediately clear how much things will actually change. But sources say the new guidance has a classified portion that might provide more details. Companies have 60 days to provide feedback.

“Defense trade with allies and partners is a critical tool for achieving America’s foreign policy and national security goals,” said Eric Fanning, president and CEO of the Aerospace Industries Association, one of the defense industry’s main advocacy groups. “We need a defense export review and approval system that is more efficient and transparent in reaching the right decisions.”

You’ve reached the Defense One Global Business Brief by Marcus Weisgerber. Greetings from Colorado Springs and the 34th National Space Symposium. It’s my second trip in less than three months to the Springs, the hub of military space, which is itself another indication of the increased Pentagon focus on space. Send your tips here and thoughts to: mweisgerber@defenseone.com or @MarcusReports. Check out the Global Business Brief archive here, and tell your friends to subscribe!

The former chairman of Google was kept in the dark about the company’s outreach to the Defense Department — by design, he says.

The service has new purchasing authorities, a planned new structure for its satellite-buying arm — and a new attitude, company leaders say.

Commanders need an AI-infused infrastructure to keep tabs on friendly and hostile forces, suggest actions, and help carry out orders.

At the past two editions of the National Space Symposium, Air Force leaders warned about the need to prepare for a coming war in space. Now, it appears the rubber is hitting the road: bureaucratic reorganizations and a recent influx of cash have military leaders figuring out the future makeup of satellites. One theme at this year’s gathering in Colorado Springs of more than 14,000 military and commercial space professionals is the need to move quickly. That’s a common theme everywhere in Pentagon acquisition these days, as is “resiliency.”

At a briefing on Tuesday, I asked Air Force Secretary Heather Wilson what resilience looks like. “It’s not a single characteristic; it’s probably multiple characteristics,” she said, and offered a few thoughts:

Resilience also plays into the idea advanced by Gen. Dave Goldfein, the Air Force chief of staff, that the military must make it financially prohibitive for an enemy to launch an attack on America’s satellites.

As the Air Force figures out the mix of the size and types of new satelles, much of the work will likely happen in secret. Asked if she sees more space working becoming classified, Wilson responded, “A lot is there already now.”

One area where the Air Force wants to copy the commercial space industry: automating more of the launch process.

“Historically, when we conducted launches, we have radars and telemetry dishes and optical capabilities and command-destruct capabilities to protect public safety and we would bring in a crew to operate those capabilities and we had individuals on console to blow up a rocket if it when astray to a point where it would jeopardize safety,” Gen. Jay Raymond, the head of Air Force Space Command, said during a speech Tuesday.

Automating parts of the process “will reduce manpower and cost significantly and allow us to go faster and have more opportunities to access space,” Raymond said.

“We have chartered a team that is currently building the future launch and range vision and the goal is to get to all autonomous ranges in the near future,” he said. “This will pay significant dividends not just for us, but the entire space industry.”

It appears Lockheed is the only bidder to build 22 new Global Positioning System satellites for the Air Force. At least one potential competitor has said it won’t enter a tilted contest.

“Boeing did not submit a proposal in response to the [request for proposals], as the RFP emphasized mature production to current GPS requirements and did not value lower cost, payload performance or flexibility,” Boeing spokesman Todd Blecher wrote in an email.

Lt. Gen. John Thompson, commander of Space and Missile Systems Center — the arm of AIr Force Space Command that handles space acquisition — declined to say how many bids were received.

Lockheed is making the first 10 GPS III satellites, whose development problems have resulting in schedule delays and $600 million in cost increases. The troubles prompted the Air Force to issue a request for other bidders to make the new constellation’s remaining 22 satellites.

Those bids were due on Monday (the same day I toured Lockheed’s plant near Littleton, Colorado, where a handful of GPS III satellites are in various stages of completion on an all-white factory floor that’s about the side of a football field). Lockheed employees there confirmed their bid there and later in a press release.

The other expected bidder, Northrop Grumman, declined to say whether the company submitted a bid.

Asked how the Air Force would ensure a good deal if indeed Lockheed is the only bidder, Thompson said, “The Air Force acquisition enterprise has a number of policies and procedures in place for how we endure we get a good deal if there is only one offer in any particular solicitation. That involves some very rigorous cost estimating and a number of other legal and cost reviews.”

The GPS satellites’ delays stemmed in part from problems producing the mission data unit, which is built by Harris. Bill Gattle, president of the firm’s Space and Intelligence Systems segment, said those problems were corrected more than a year ago and their work is on track. Harris will deliver four units to Lockheed this year. “We’re on a very good cadence for that program,” Gattle said. “We have not had really any issues or any hiccups in months and months.”

One of the first stories I wrote for Defense One, back in 2014, talked about the desire to speed up rocket manufacturing by 3D printing engine parts. Only problem, the technology was still unproven. Well, that’s changed. In fact, rocket-maker Aerojet Rocketdyne showed off the Bantam, a 3D-printed rocket that produced 30,000 pounds of thrust for a DARPA experiment. The additive manufacturing technology allows the firm to 3D-print a combustion chamber in as little as 10 weeks, according to Bill Sack, manager of Aerojet Rocketdyne’s advanced space programs group. That’s down from 18 months. The firm is now marking the engine as a possible candidate for small commercial launches. It also uses additive manufacturing for parts of the RL-10, the upper-stage engine used on the Atlas V and Delta IV rockets.

Bonus: Orbital ATK on Monday revealed that it is developing OmegA, a new rocket intended to take Air Force space launches away from United Launch Alliance, SpaceX, and Blue Origin. The upper stage of that rocket will use the RL10.

I chatted briefly with Boeing’s CEO of Defense, Space & Security on Tuesday about some non-space related projects, after she spoke in a panel discussion moderated by Gen. John Hyten, the head of U.S. Strategic Command.

Q. Any progress on Air Force One negotiations?

A. We’re still continuing to have good conversations and it’s a real partnership. I’m really pleased by the level of conversation that we have going on.

Q. Do you have any idea what type of contract it’s going to be — whether it will be a firm-fixed price contract?

A. You’ve seen everything in the public. We’re working through it. The entire contract has different elements of it, some that we’re already previously on contract as you realize. I’ll defer to the Air Force to answer the specific questions about it. But what I will say is we’re having great conversations and dialog.

Q. The secretary of the Air Force was pretty critical of KC-46 aerial refueling tanker a couple weeks back. What is your reaction?

A. First, you know how much I value our relationship with the Air Force. They have stood shoulder to shoulder with us and we’re standing shoulder to shoulder with them. As I’ve shared with everybody, we are late. We recognize that we’re late. We’re responsible for that. The collaboration continues. I’m thrilled with the level of support and engagement that we’re having. We all want to see the tanker delivered and that’s a collective we. We’re focused on making that happen.

Q. Are you seeing any differences now that some acquisition authorities have shifted from the Office of the Secretary of Defense to the military services?

A. Absolutely. It is across the board from the Army, the Navy, [and] the Air Force. Just this week, it came out of OSD was a change in the TINA thresholds from $750,000 to $2 million for cost and pricing data. We are continuing to see a really positive and exciting movement out of the services and OSD alike on the terms of how we can all move faster.

Build Us a Quick-Launch Rocket

DARPA wants firms to compete to build a rocket that the military could use to get satellites in space in a matter of days instead of years, agency program manager Todd Master told reporters here on Wednesday. At the end of next year, DARPA will give entrants the launch requirements, such as the payload type, launch site, and launch orbit. Best entry gets $10 million. Why is DARPA doing this? Military leaders want a way to quickly respond to threats and attacks on satellites. More on the challenge, here. 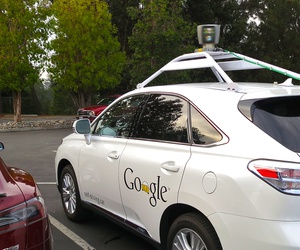 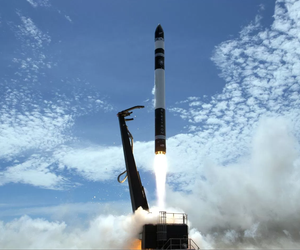 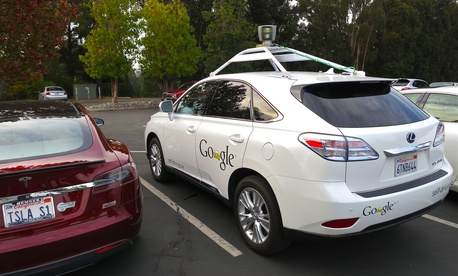 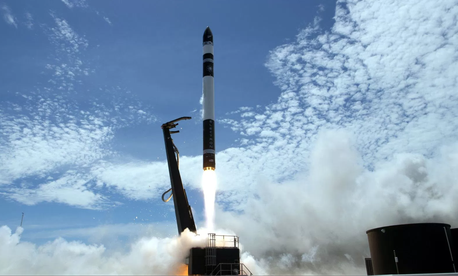