When Your Work Is Classified, ‘Work From Home’ Doesn’t Work

And that’s just the start of the problems for defense employees, contract workers, and their bosses who are trying to take coronavirus precautions.

As millions of Americans prepare to work from home in an effort to slow the spread of the coronavirus, Defense Department managers and the companies that support them are waiting for guidance on just how they should be clearing their offices.

Set aside the workers who build planes, ships, tanks and other weapons on special assembly lines around the country. Plenty more are holders of security clearances who can’t do their jobs without special computers and facilities that protect classified information. Among them: analysts, war planners, and engineers designing next-generation weapons.

But the situation is murky even for the hundreds of thousands of government contractors who don’t need access to secret information. As the Pentagon begins sending nonessential employees home, it’s unclear what’s going to happen to them.

“There’s almost no guidance going out about contractors,” said David Berteau, a former Pentagon official who is now CEO of the Professional Services Council, an organization that advocates for government contractors. “Part of that problem is, contractors are managed on a contract by contract basis.”

And in many cases, these employees’ contracts don’t even mention remote work.

“You don’t want to change contracts from the top down,” Berteau said. “But you can send out guidance to contracting officers that says, ‘It is really important for you to adjust and amend contracts so that contractors can continue to work with the government counterparts.’ If that’s teleworking, that’s teleworking, if it’s moving to a different location, it’s moving to a different location.”

For years, the U.S. government has done drills and exercises to prepare for scenarios where workers cannot access secure facilities, said Berteau, who served as assistant defense secretary for logistics and materiel readiness during the Obama administration.

As for the government workers and contractors who must access classified information, there’s no alternate, for now at least, to having a secure government facility.

“You can’t go home on your laptop and plug it in and get classified data,” Berteau said. “It’s my personal belief…that we could do a lot more than we are doing.”

But, he noted, it would likely cost a lot to buy the equipment needed to make that happen.

“We have got to be taking notes as we go about what we need to do better … so we’re more ready the next time it comes,” Berteau said. That would be a federal government, executive branch, responsibility, but it would also be a congressional responsibility to make sure it happens and that the resources are available to do it.” 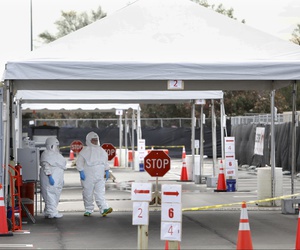 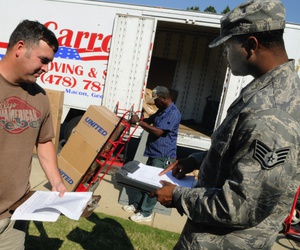 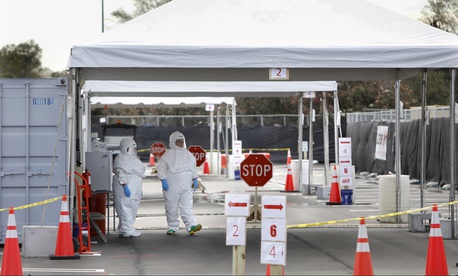 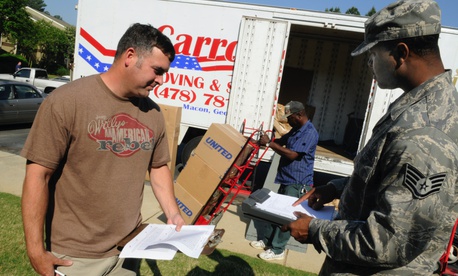