Next Generation Interceptor: The Nation’s Next First Line of Defense Against Ballistic Missile Threats
Skip to Content
Get all our news and commentary in your inbox at 6 a.m. ET.
Ideas
Coburn Has Gone Too Far Blocking Veterans Suicide Bill 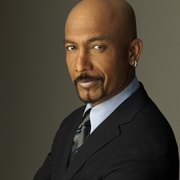 Put simply, while veterans have grown accustomed to being ignored or otherwise put second to legislators own political agendas, nothing in my recent memory compares with the sheer ego-fueled hypocrisy of Sen. Tom Coburn, R-Okla., using his last days in the Senate to block the Clay Hunt Suicide Prevention for American Veterans Act.  In fact, this is now at least the second time Coburn has stood alone to block valuable legislation that stood to help veterans.

Let’s keep in mind this legislation unanimously passed the House this week.

Coburn’s delightfully self-serving rationale for standing in the way of a bill that, while hardly a complete solution, would bring much needed energy and thinking to addressing the epidemic of veteran suicide, is that there are certain expenditures in the bill that aren’t offset and that he believes this duplicates existing efforts at the VA.  The total cost: about $22 million. Needless to say, his arguments ring hollow and, in my view, relate more to his desire to get as much television time as possible for his self-professed brand of “Dr. No,” than they do to a substantive objection to the legislation.

Let’s remember that Coburn voted to send young people, like Clay Hunt, to fight two wars that weren’t remotely paid for and exploded the debt he professes to be so concerned about. In my view, it’s the height of hypocrisy, having so thrown fiscal discipline to the wind to fight two wars, to suddenly invoke it in preventing passage of legislation aimed at keeping those who fought those two wars from committing suicide. Part of fiscal discipline is paying bills already due. Dr. Coburn’s argument – that  by playing games with the bills accruing to care for veterans in the name of fiscal discipline, he is somehow doing the country or its future a service – is patently ridiculous.

Let’s remember that Coburn voted to send young people, like Clay Hunt, to fight two wars that weren’t remotely paid for and exploded the debt he professes to be so concerned about.

I have heard from many that his staff seems almost annoyed with the flood of telephone calls they have received from veterans. I have said over and over again that Washington ought to hold veterans above the asinine political games that are played daily. The message to veterans is clear: we will only stand behind you when it’s convenient for our own political or ideological goals. That is unacceptable.

As I write this, I’m preparing to attend the Army/Navy game, and I already know what I’ll hear from the cadets and the midshipmen. First, they’ll thank me for speaking out when they can’t. Then, they’ll express concern that their country will not stand behind them when they need it most. If Coburn thinks both active duty and veterans haven’t noticed his political games this week, he’s living on another planet.

I’ve said very clearly that if Coburn follows through with his threat to block this legislation, which would pass the Senate almost unanimously if he’d step aside, I will use my very large microphone to do everything I can to ensure this single act of ego fueled hypocrisy defines his legacy and stands as a powerful footnote to his career in public service.

Let’s just remember what really matters here: an average of 22 veterans take their lives daily. If Coburn succeeds in blocking this legislation this session, it could not realistically be reintroduced and passed for at least 100 days. I’d suggest the Senator should do that math. I do not suggest, by the way, that the passage of this legislation would instantly make a dent in the statistic. My example should be seen as food for thought as to what the inevitable result of doing nothing will be.

I have little respect for those who feed their own egos at the expense of true leadership. Any lingering questions I had that maybe the senator had legitimate objections were completely addressed by a lengthy response from Iraq and Afghanistan Veterans of America, or IAVA, who have led the charge for this legislation.

I have little respect for those who feed their own egos at the expense of true leadership.

My message to Senator Coburn is simple: listen to the words in the video message Clay Hunt’s parents sent. I’d also remind him that veterans and our active duty force are watching what he does next. They are watching hoping to be proven wrong. They are expecting to have their service disrespected again by Washington politicians who were so eager to send them off to risk their lives. They won’t tell him that – not because they don’t want to, but because they can’t.

I implore the senator to not let his last days in Congress be defined by this. Let the Senate vote. Veterans earned it.

NEXT STORY: The US Needs a New Church Committee