Taking Flight: How Akima Is Helping to Shape the Airmen of the Future at the United States Air Force Academy
Skip to Content
Get all our news and commentary in your inbox at 6 a.m. ET.
Ideas
How Budget Battles Undermine National Security

Congress should raise the debt limit and break its dependence on continuing resolutions. 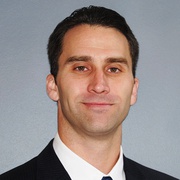 As Congress struggled to craft a budget late last month, Adm. Michael Rogers explained to the Senate Intelligence Committee just how a government shutdown would hurt national security. The NSA director’s testimony led Sen. Angus King, I-Maine, to bemoan political dysfunction: “We have met the enemy and he is us.”

Unfortunately, that enemy threatens to strike at least twice more this year — once if the U.S. hits its debt ceiling, and again if temporary funding measures expire.

On Oct. 1, even as lawmakers passed a continuing resolution to keep the government open temporarily, Treasury Secretary Jack Lew warned that it would still run out of money “on, or about Thursday, November 5,” unless Congress increases the federal debt limit. If lawmakers fail to act, or even simply wait until the last minute, they could “cause serious harm to business and consumer confidence, raise short-term borrowing costs for taxpayers, and negatively impact the credit rating of the United States,” Lew explained.

Dire as the economic consequences of failing to raise the debt limit are, the national security implications may be even more frightening. If the debt ceiling isn’t raised, the government will default on some of its bills. “Among other things, these payments could include military salaries,” wrote the Council on Foreign Relations. It’s not at all clear when the government would pay members of the military, the Central Intelligence Agency, the Department of Homeland Security, or any other national security agency because the Treasury cannot pick winners and losers in the event of a default. As Lew told the Senate Committee on Finance during the near-default of 2013, “We write 80 million checks a month. The systems are automated to pay because for 224 years, the policy of Congress and every president has been ‘we pay our bills.’ You cannot go into those systems and easily make them pay some things and not other things.”

Even if Congress is able to avoid this disaster and raise the debt limit — no sure thing, given Republican infighting in the House — the government will shut down on Dec. 11 if Congress fails to agree to another continuing resolution or create an “actual” budget for fiscal year 2016.

Unfortunately, we don’t have to look far back to see just how dangerous a government shutdown is. During the 2013 shutdown, 400,000 Defense Department civilians were sent home and 70 percent of U.S. intelligence community employees stopped working. Director of National Intelligence James Clapper recently warned Congress of the immense vulnerability this presents. In September testimony before the Senate Armed Services Committee, he said, “What better time for a cyber-attack by an adversary when much of our expertise might be furloughed?”

A shutdown would also cripple many intelligence operations, which “unlike many other government tasks, cannot simply be restarted after postponement—these operations often present a one-shot opportunity that, once lost, cannot be regained,” wrote John D. Woodward,  an intelligence officer at the C.I.A. during the 2013 shutdown. “As a result, a shutdown threatens to kill—permanently—potentially valuable intelligence operations.”

It should go without saying that all of this is completely unnecessary. It’s not too late for Congress to avoid calamity.

The solution to the debt ceiling crisis is simple: raise it, and raise it now. The 2011 debt ceiling brinksmanship damaged the economy and led to the first downgrade of the U.S. credit rating.

The solution to the budget impasse is also straightforward: pass an actual budget. Continuing resolutions, while not as immediately dangerous to national security as debt defaults or shutdowns, prohibit the start of new weapon programs and delay much-needed military reforms.

If the actual threats to national security aren’t enough to motivate the Republican-controlled Congress, perhaps the political implications of a shutdown will. As Iraq and Afghanistan Veterans of America President Paul Rieckhoff told Military.com, "Widow’s benefits, GI Bill checks and VA disability payments should not be held hostage by political games…If leaders in Washington shut down the government to prove a partisan political point, know that over 20 million veterans will be adversely affected. And that we won't forget when we vote.”

NEXT STORY: Resettling Syria's Refugees Would Be Cheaper Than Widening the War