Perspecta's View: Six Steps for DES to Capture Innovation
Skip to Content
Get all our news and commentary in your inbox at 6 a.m. ET.
Ideas
Beyond the Draft: Rethinking National Service

Four reasons the defense community ought to support universal access to national service. 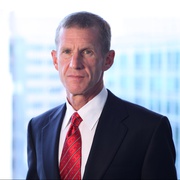 In light of the recent coordinated attacks in Paris, the bombings in Beirut and the downing of a Russian airliner, the United States and other countries are grappling with questions about the best way to strengthen our security and defeat the Islamic State, or ISIS. Despite disagreements on strategy and tactics, most agree that this is not a battle that can be won overnight or through military solutions alone. Like many global challenges we face, it will require commitment, resolve, flexibility and resilience– not just our military strength and prowess. While there is no single antidote to the myriad of challenges we face here at home and overseas, there is a single idea that we believe can contribute to bolstering our citizenry’s ability to address all of them: national service.

Right now, less than 1 percent of our population serves in the military and, in my view, we need to rethink and create a system where every young American has an opportunity to serve their nation in other ways. We need to create a culture of service where we are all invested in our nation’s future and feel a shared sense of responsibility to our nation and to each other. For this reason, I’ve joined forces with a bipartisan group of leaders on the Franklin Project Leadership Council at the Aspen Institute to focus on strengthening a commitment to service here at home beyond the realm of military service. As chair of the project, I have been committed to the mission of making a year of national service a shared experience for all young Americans. We are working to create a system of universal national service that incentivizes and encourages national service, but does not mandate it.

A system of universal national service would not only enhance the lives of the individuals serving and the communities in which they serve, but it has the potential to transform our nation by bridging divides, developing future leaders, building national resilience and fostering bipartisanship. The support of the defense and national security community is going to be critical in this effort. On Monday, I will explain more in a panel discussion co-produced with Defense One, joined by CEO of the Center for a New American Security and former Undersecretary of Defense for Policy Michèle Flournoy and Rep. Seth Moulton, D-Mass., who served as a Marine in Iraq. Below are just four reasons I believe the community ought to be on board.

The 2016 presidential election provides us with an opportunity to truly transform and rethink national service in America. Over the coming months, we will hear proposals and plans from candidates on a variety of issues. Despite their differences, all of them surely will be talking about different ways to make America greater, stronger and more secure. National service has traditionally been an issue embraced by presidents on both sides of the aisle. While we can’t predict what all of tomorrow’s challenges will look like, a nation in which we are all committed to serving is bound to be stronger and more united than one that is not.

NEXT STORY: Measure Clinton’s Plan for ISIS Against the Lessons of Iraq