Inside the Disaster Zone
Skip to Content
Get all our news and commentary in your inbox at 6 a.m. ET.
Ideas
If Russia is Selling, the Pentagon Should Keep Buying — Rocket Engines, That Is

What’s the rush? Before hastily cutting off the engines we need, Congress should set the conditions for a better American space launch market. 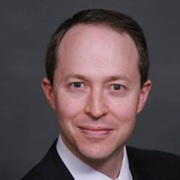 One of the more hotly contested defense issues in Congress right now is how to end the U.S. military’s dependence on a Russian-made rocket engine to reach space. But what’s the rush? The U.S. needs these engines and Congress first should make sure a viable alternative is ready. Here’s why.

The military’s use of the RD-180 engine dates to the 1990s, when Lockheed Martin developed the Atlas V rocket to launch satellites for the military and other customers. The RD-180 was selected as the main engine for the Atlas V because it was a high-performing and highly-reliable engine.  At the end of the Cold War, it also seemed like smart policy to keep Russian rocket scientists gainfully employed so they would not be tempted to proliferate advanced missile technology to rogue nations like Iran and North Korea. And for nearly two decades, this policy was largely uncontroversial.

After the 2014 Russian annexation of Crimea, however, policymakers started having regrets. The U.S. levied sanctions, and Russia responded in part by threatening to cut off the supply of RD-180 engines. The Defense Department has two other launch vehicles currently at its disposal: the Delta IV, which is only used for the heaviest military satellites because of its higher cost, and SpaceX’s new Falcon 9 rocket, which is newer, less expensive, and less proven than the Atlas V.

Related: The US Needs to Stop Pouring Rocket Money into Putin’s Pockets

Last year Sen. John McCain, R-Ariz., led an effort to limit additional purchases of the RD-180 for military launches. McCain’s efforts were overturned weeks later by Sens. Richard Shelby, R-Ala., and Dick Durbin, D-Ill., who succeeded in blocking the limitations on RD-180 engines through the end of the fiscal year. But this debate is far from over—competing proposals in the House and Senate versions of this year’s defense authorization bills have set the stage for another fight.

Setting aside the politics for a moment, there appears to be a consensus in Congress and the Defense Department that the military should stop using the RD-180 engine.  The real questions are: how quickly should the transition occur, which alternatives should be used, and how much will it cost? Attempting to cut the military off from the RD-180 too soon risks creating a self-fulfilling prophesy: a gap in military launch capabilities.  On the other hand, as long as the military continues to buy RD-180 engines it is undermining U.S. sanctions and extending a window of vulnerability Russian President Vladimir Putin could exploit.

Thankfully, there is no shortage of options for how to transition from the RD-180. More launches could be shifted to the Falcon 9, and SpaceX has a larger variant (known as the Falcon 9 Heavy) in the works that could carry heavier military satellites—although this vehicle has not yet flown. Aerojet Rocketdyne is developing the new AR1 engine to replace the RD-180 on the Atlas V, but this engine is still years away from being ready. United Launch Alliance, or ULA, which now operates both the Atlas V and Delta IV, is working with the space startup Blue Origin to develop the new BE-4 engine to be used on its new Vulcan launch vehicle to replace the Atlas V entirely—an approach that will help ULA compete on price with the Falcon 9. The military could also simply pay more to launch satellites on the existing Delta IV until a viable replacement is ready.

Each of these options come with costs and risks. Developing a new engine, a new launch vehicle, or using the more expensive Delta IV would each require more money; defense spending is still restricted to the caps that remain in place from the Budget Control Act of 2011. The Air Force has estimated that using Delta IVs to bridge the gap until a new rocket is ready would cost upwards of $1.5 billion. While space launch has improved significantly over the past two decades, recent launch failures by SpaceX and Orbital Sciences serve as poignant reminders that space launch remains a risky business, particularly when new technology is introduced. Military satellites cost much more than the rockets that launch them—some cost over $1 billion each. Dropping one of these satellites in the ocean because of a failed launch would set the military back by years.

This is one instance in which Congress’s natural inclination to intervene may create more problems than it solves.  There is no compelling reason to limit the number of RD-180 engines the military can use right now—the Russians are still willing to sell it, despite their earlier threats.  Rather than rushing to do something premature, Congress should keep as many options open as possible.  The space launch industry is in a period of rapid and disruptive change—new engines and launch vehicles may take longer than expected to develop or may be available sooner than anticipated.  Congress should instead focus on ensuring a viable competitive market for military space launch takes root and that new engine and launch vehicle programs continue to mature before it determines a firm cutoff for the RD-180. Setting a hard limit on the number of RD-180 engines now effectively limits competition and could force a transition to alternative launch vehicles that may not be ready. Too much is at stake and too many interconnected issues need to be addressed before making any final decisions.

After all, this is rocket science.