North Korea Just Called Trump’s Bluff. Here’s What the US Can Do

A TV screen shows images of the U.S. President Donald Trump, left, and North Korean leader Kim Jong Un during a news program at the Seoul Railway Station in Seoul, South Korea, May 2, 2017.

Now that Kim Jong-Un has an ICBM, it's time for 'the least of the bad options.'

Guess what, boss? It’s happening. It’s bad and it’s going to get worse. And Trump has no plan for how to stop it.

The July 4th test demonstrated Kim Jong-Un now possesses a serious new weapon: a mobile, staged, sophisticated missile capable of striking Singapore, Australia, or Sarah Palin’s front porch in Alaska. We do not know the size of the payload, so this missile may not fly as far with a nuclear weapon weighing 1000 kilograms. Or, they may not have pushed the missile to its maximum range and it could fly further still in future tests. Nor do we know if the North Korean re-entry vehicle was successful. Did the mock warhead arrive in one piece? Did the terminal guidance deliver it to the expected point?

The bad news is that they have gotten this far. The worse news is that the robust testing — 83 missile tests in almost six years of Kim’s reign (more than twice as many than in his father’s and grandfather’s regimes combined) — shows no signs of slowing.

There will be more tests of the Hwasong-14 missile and likely of two other ICBMs revealed in this April’s military parade. If Kim is not stopped it is likely that he will have missiles capable of hitting Los Angeles, New York, and Washington with a thermonuclear warhead by the end of Donald Trump’s first term.

North Korea went nuclear on George W. Bush’s watch, advanced rapidly under Obama’s, and now, under Trump’s, will achieve what only two other U.S. adversaries have done in history—put America in its nuclear crosshairs.

Can he be stopped? Yes, but it won’t be easy.

There is no military option. This is not like Syria. If you hit North Korea, they hit back. The regime’s survival is predicated on the willingness to use military force against America and its allies. Forget the fantasy of the “rational dictator” talk currently making the rounds in Washington, where Kim would absorb a limited U.S. military strike against his test sites for fear of greater strikes to come. He won’t. He would have to counterstrike or risk his hold on power. Thus, any U.S. strike could rapidly escalate to a war unlike any seen since the end of World War II, as Secretary of Defense James Mattis, former Director of National Intelligence Gen. James Clapper and former NATO Supreme Allied Commander John Stavridis repeatedly have warned.

Increased sanctions can and should be applied. But sanctions alone have never compelled a nation to collapse or comply. And they won’t here. They have repeatedly failed with North Korea.

Yes, our allies and China and Russia could be convinced to increase pressure, but they see it as a tool to get North Korea back to the bargaining table, not as the stand alone cure-all, Trump’s UN Ambassador Nikki Haley seemed to suggest at the Security Council on Wednesday.

That leaves “the least of the bad options,” which means calling for negotiations, as Mark Fitzpatrick, executive director of the International Institute for Strategic Studies in America, has said. Talks could be started to explore “a variation on China’s proposal, backed by Russia, that the United States and the Republic of Korea suspend joint military exercises in exchange for North Korean suspension of nuclear and missile tests,” he says. South Korea and Japan back this idea, as do many former officials including former Secretary of Defense Bill Perry. A Council on Foreign Relations Task Force on Korea that included former Joint Chiefs Chairman Admiral Mike Mullen and Senator Sam Nunn, recommended such an approach last year.

“Rather than halting joint exercises, they could be reduced in scale and length or moved, if military professionals judge that this can be done without undermining their readiness purpose or the affirmation of U.S. deterrence commitments that they represent,” says Fitzpatrick. “Drills practicing ‘decapitation’ might be omitted, for example, as well as overflights by nuclear-capable aircraft, which are only for show. Scaling back the exercises in other ways could be tied to military confidence-building measures that might also relieve North Korea of some of the expense of conducting large-scale exercises.”

We have already made the same mistake with North Korea that we did with Iran, by refusing to close a deal when we could have eliminated any nuclear capability, and then coming back to negotiations too late, when the country already has piled up nuclear chips they will not give up. We cannot get a complete roll back of North Korea’s program now. Kim looks at the recent history of Iraq, Libya, and Iran and concludes that if you give up your weapons, America will kill you. Just two years after the agreement that rolled back Iran’s program, there are already voices in the White House seeking to overthrow the Iranian government.

Effective diplomacy had constrained the programs in North Korea. The Agreed Framework negotiated in 1994 froze North Korea’s plutonium program. A corollary moratorium on missile tests began in 1998. But when intelligence agencies found evidence that North Korea was secretly exploring uranium enrichment, Bush officials used it as an excuse to kill a deal they hated. John Bolton boasted, “This was the hammer I had been looking for to shatter the Agreed Framework.” He was wrong.

Instead of paving the way for the regime change Bolton and Vice President Dick Cheney sought, North Korea restarted missile tests and exploded its first nuclear weapon in 2006. They’ve been racing ever since.

As difficult as talks with North Korea have proven and will be again, there is no viable alternative. Former Director of Los Alamos Nuclear Laboratory Sig Hecker argues that we must engage North Korea as well as pressure it. “The fundamental and enduring goal must be the denuclearization of the Korean peninsula,” he wrote, “However, since that will take time, the U.S. government must quickly press for what I call ‘the three no’s’ — no more bombs, no better bombs, and no exports — in return for one yes: Washington’s willingness to seriously address North Korea’s fundamental insecurity.” 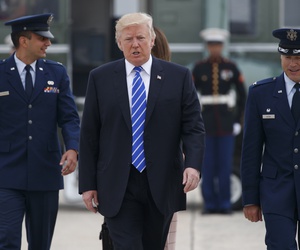 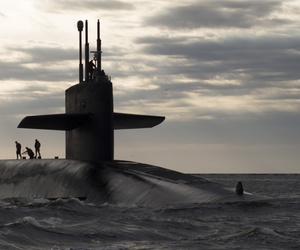 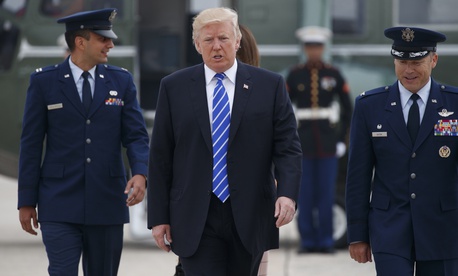 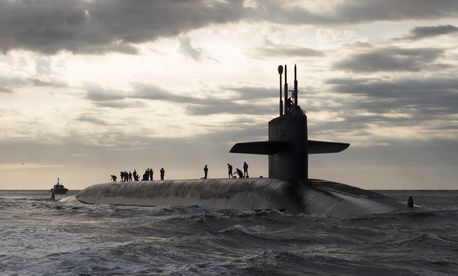