Federal Agencies Tap Data Visualization to Track and Mitigate the Spread of COVID-19
Skip to Content
Get all our news and commentary in your inbox at 6 a.m. ET.
Ideas
The US Must Stop Turkey Now

Americans are wrong to placate Erdogan and permit his attacks on northern Syria. Here's how Washington can get it right. 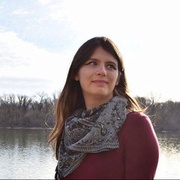 The Turkish attacks on northern Syria’s Afrin canton have uncovered several hard truths for U.S. policymakers. Turkey is moving away from the U.S., Europe, and other members of NATO and the global coalition against Daesh. Its threats against Northern Syria are not only out of opposition to the U.S.-backed Syrian Democratic Forces, or SDF, or the region’s ruling Democratic Union Party, or PYD, and but out of opposition to Kurdish autonomy itself. Turkey’s leaders are so frightened by it, they will work with jihadists if it means stopping Kurds — a prioritization that puts Turkey at odds with every other major player in Syria’s war.

U.S. officials from the president to combat field commanders have tried to strike a balanced line, calling for restraint while acknowledging that Turkey’s offensive military operation in Afrin addresses legitimate Turkish security interests. But the Americans are wrong, and this approach is counterproductive. There is no legitimate basis for Turkey’s offensive under international law. While Turkish authorities claimed it was undertaken in self-defense, Turkey was neither responding to an attack from Afrin nor to an imminent threat of one. Turkish President Recep Tayyip Erdogan himself has suggested that the operation aims to forcibly change Afrin’s demographics and remove its Kurdish majority. By suggesting that the war addresses real security influences, the U.S. legitimizes these questionable pretexts. Pleas for restraint, meanwhile, go unheard, as Turkish airstrikes flatten towns and non-aligned Free Syrian Army fighters involved in the operation upload videos of themselves mutilating corpses and torturing civilians.

The U.S. has nothing to gain from allowing Turkey to continue bombarding Afrin with impunity. If the invasion succeeds and Turkey’s proposed “buffer zone” is implemented, it will enable al-Qaeda and ISIS, prolong the war, and lead to the displacement of thousands — all destabilizing outcomes in which the U.S. and Europe will lose.

To prevent such losses, the U.S. should pursue a comprehensive policy that punishes Turkey for its actions, protects civilians in Afrin, and strengthens the U.S. partnership with Afrin’s SDF.

There are three clear steps that can be taken to accomplish these goals.

U.S. leaders must fully condemn the attacks and make it clear that they will not tolerate further Turkish incursions into Afrin. There is little political reason to avoid a stronger condemnation. The targeting of civilians throughout the operation is well-documented, with people hiding in caves to avoid airstrikes and entire villages left uninhabitable. According to Afrin’s Health Council, 148 civilians have been killed, 365 more have been injured, and thousands have been displaced from their homes. The Trump administration has previously expressed concerns about civilian casualties in Syria, even launching missiles at a Syrian air base after reports of a chemical attack last April. In Manbij, where the coalition has a military presence, top U.S. commander Lt. Gen. Paul Funk warned Turkey and its partner forces that “[if] you hit us, we will respond aggressively. We will defend ourselves” — as just as they responded to a Russian and Syrian-aligned attack on SDF positions in Deir Ezzor where U.S. troops were located.

The condemnation must come with material consequences. The U.S. is one of the largest weapons suppliers to Turkey, selling F-4s, F-16s and Cobra helicopters that Turkish forces now use in Afrin. When Turkey invaded Cyprus in 1974, the U.S. and other states responded with an arms embargo. Facing the invasion of Afrin, they should do the same. Blocking weapons to Turkey as long as it employs al-Qaeda-aligned proxies and attacks Kurdish civilians would be strategically effective abroad and politically popular at home.

The U.S. could also apply targeted sanctions to Turkish officials responsible for the planning and execution of the operation in Afrin, as it targeted specific Russian officials in the wake of the Ukraine invasion. Sanctioning officials would further communicate U.S. displeasure with the invasion — without the detrimental effects on the whole Turkish population.

Related: US General to Turkey: We’re Not Pulling Back
Related: Inside The World’s Most Radical Experiment in Women’s Rights

While cutting off arms and resources to Turkey, the U.S. must increase its aid to the SDF. Current U.S. policy does not consider the SDF near Afrin to be the same as the SDF in Kobani and Cizire — though they fight under the same flag, answer to the same command structure, and defend the same political project. This discrepancy should be corrected, and the U.S. should supply the Afrin SDF with the weapons they require to defend themselves against Turkish attacks. With TOW missiles to counter Turkish tanks and MANPADs to take down the aircraft that bomb Afrin’s people, the SDF could hold the line or push Turkey out — as they pushed ISIS out of Kobani, Raqqa, and so many other cities.

A policy like this would show Turkey that the international community sees its actions in Afrin for what they are — unjustified aggression aimed primarily at a civilian population in order to neutralize Kurdish political power. It would give the SDF a greater capability to respond to Turkish attacks and preserve the hard-won stability, democracy, and pluralism in Afrin, preventing the displacement of more people. It would stop Turkish-backed jihadists from gaining more territory from which to threaten civilians, and allow the global coalition to focus again on defeating ISIS — a security interest shared by regional and international players alike.

The U.S. has the capability to stop Operation Olive Branch and support stability in Syria. It should act now to do so.

Meghan Bodette is director of outreach at Kurdistan Aid. Her previous work has appeared in Military Times and The Region.

NEXT STORY: Let’s Call Trump’s Parade What it Is: Another Dangerous Attempt to Divide Us