Three years of Army War College research have revealed the surprising contours of post-primacy security — and the single animating principle that must guide U.S. strategy.

The United States is in a dangerous hypercompetitive struggle for advantage with two capable great-power rivals. Virtually every rule or assumption according to which U.S. decisionmakers developed post-Cold War strategy has been undermined, expropriated, or rewritten in Beijing and Moscow. In the face of persistent Chinese and Russian counter-U.S. gray-zone campaigning, American great power is hobbled, uncertain, and dangerously conflicted, its policymakers persistently outplayed by opportunistic and inventive regimes that wield strategic risk-taking and risk-manipulation as competitive instruments. To regain the advantage, the United States must be equally inventive and assertive in defense of its interests. Time is not on our side.This grim outlook emerged over the course of three years of Army War College work on the contemporary nature and evolution of security competition. The work began in 2015 with a detailed examination of gray-zone competition and conflict. That initial research concluded that the most effective challenges to American position involved “unique [adversary] combinations of influence, intimidation, coercion, and aggression.”

These new gray-zone challenges – paced by China and Russia – exhibited three characteristics. First, all were hybrid combinations of military, paramilitary, and non-military capabilities and methods. Second, all were menaces to American defense and military convention precisely because they exhibited warlike potential in their impact yet defied preferred U.S. military solutions. Finally and perhaps most usefully, all gray-zone challenges generated “risk confusion” in American decisionmakers.

This “risk confusion” takes place in circumstances where the hazards of action and inaction appear equally dangerous: action looks excessively provocative and escalatory, whereas inaction in practice is appeasement. We found the deferred harm of the latter ultimately makes it an attractive default choice for U.S. strategic leaders. Yet inaction irrevocably changes facts on the ground and leaves U.S. strategists few legitimate options to recover losses over time.

If 2015-16’s gray zone work indicated that the United States had fundamentally misinterpreted the character of contemporary competition, successor War College work on Pentagon risk assessment in 2016-17 matured the gray-zone work’s risk findings. We found that the lens through which senior U.S. decision makers naturally arrived at risk-based strategic choices was grossly inadequate. Indeed, we concluded that the United States had stumbled unwittingly into a new more perilous “post-primacy” environment.

Post-primacy succeeded the post-World War II, post-Cold War, and post-9/11 eras and was defined in practice by the decline or loss of sustained American advantage across highly contested strategic spaces and domains. Post-primacy meant two things in the context of our work. First, key U.S. military advantages were eroding. And, second, international security affairs were being restructured in ways decidedly unfavorable to the United States and its interests.

The concept of post-primacy troubled senior leaders in 2017. However, by 2018, publication of the new National Defense Strategy largely validated post-primacy as an enduring Pentagon assumption. In the end, the Pentagon strategy acknowledged what we had already been arguing for the better part of a year – an important U.S. vulnerability was the misplaced presumption of sustainable strategic advantage against consequential U.S. rivals.

Like the authors of the Defense Strategy, we argued that post-primacy is not an irrecoverable U.S. loss. Instead, it is the new normal within which strategic circumstances no longer universally favored the unobstructed exercise of American power. If the United States intends to continue to thrive as a great power, we argued, it will increasingly need to work harder and smarter to do so.

Forthcoming Army War College work brings all of this together in an assessment of the Indo-Pacific’s competitive environment. Insights from this year’s work reflect a natural evolution of a three-year campaign of learning. While we focused on the Indo-Pacific theater specifically this year, the work did identify a single universal animating idea for the future course of U.S. defense strategy and risk calculation.

If the defining characteristic of post-primacy is that strategic advantage is in constant dispute, the persistent struggle to gain, exploit, and regain transient advantage must be the new object of American strategy. With respect to great power competition then, there is no endstate as defense and military leaders prefer. There is only the persistent contest to compete more effectively.

The notions of costly, endless competition and transient – not permanent – advantage are universally unpopular and unsatisfying concepts. However, they realistically describe an environment that increasingly defies American and allied control. This is textbook “hypercompetition” in business literature. Dartmouth’s Richard D’Aveni first introduced the concept of hypercomeptition in the 1990s. It describes commercial environments where rival actors “continuously generate new competitive advantages that destroy, make obsolete, or neutralize” the perceived advantages of adversaries.

We adapted D’Aveni’s concept in this year’s research on Indo-Pacific security to assess and describe what we believe to be effective rival hypercompetitive approaches. Three years of persistent research and engagement with communities of interest and practice convinced us that the United States has yet to find its footing in the hypercompetitive post-primacy environment. And, as a consequence, in important regions and contested spaces, American choices will soon be as stark as “game on or game over” without immediate redress. Watch this space.

He has directed three recent DoD-sponsored research efforts. Two culminated in major reports on gray zone competition and enterprise-level defense risk. The third – focused on contemporary military competition and advantage in the Indo-Pacific – will render a report in the late summer or early fall. All of these efforts involved the contributions of dozens of faculty and student researchers. Mr. Freier is grateful for their efforts. 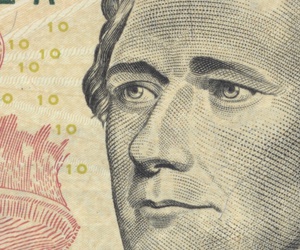 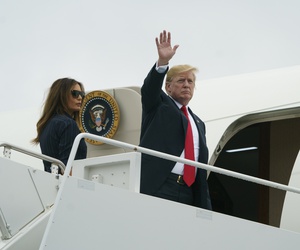 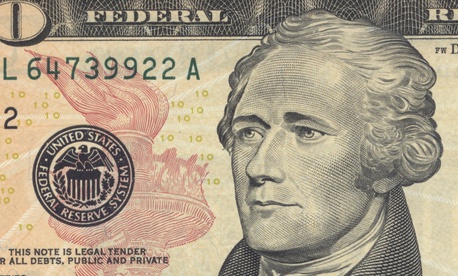 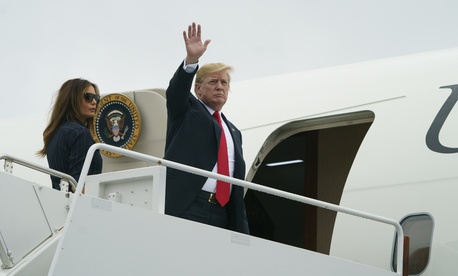