Republicans have tolerated plenty of foreign-policy moves by Trump that they would never have let his predecessor get away with. Will that continue with Iran?

For a man who once characterized Donald Trump as a “race-baiting, xenophobic, religious bigot” worthy of being ISIS’s “man of the year,” Lindsey Graham took a rather tame jab at the president recently. The Republican senator, now one of Trump’s top allies in Congress, argued on Tuesday that the Iranian government had detected “weakness” in the president’s “measured” decision in June to call off retaliatory military strikes against Iran, which emboldened the Iranians to execute “an act of war” by attacking oil facilities in Saudi Arabia.

But it was just enough to stir up @realDonaldTrump. Fast and furious came the counter-tweet: “No Lindsey, it was a sign of strength that some people just don’t understand!”

The exchange was a faint sign that a Republican crack-up on foreign policy could be coming over Iran in a way it hasn’t yet, incredibly enough, over the president’s approach to Afghanistan, Hong Kong, NATO, North Korea, or Russia, and beyond. On such issues, Trump hasn’t so much remade the Grand Old Party ideologically as he has somehow managed to make Republicans tolerate moves that, had they been carried out by a Democratic president such as Barack Obama, would have afflicted the GOP with a series of collective aneurysms.

Iran policy is more politically charged than most matters in international affairs because of the Islamic Republic’s foundational hostility to the United States and its ally Israel, Tehran’s support for proxy militant groups, and the bitter partisan divide over Obama’s 2015 nuclear deal. Many on the right cheered Trump’s withdrawal from that pact and his reimposition of suffocating economic sanctions on Iran. But more recently, some have spoken out against the president’s retreat from military action in response to Iranian provocations (recalling his predecessor’s decision to pull back from enforcing his “red line” on chemical-weapons use in Syria), as well as his expressed openness to meetingwith Iranian leaders without preconditions and to providing some economic relief to them in pursuit of a nuclear agreement (again à la Obama). Those critics include his former Republican presidential challenger Ted Cruz and, reportedly, his just-departed national security adviser John Bolton.

A meeting next week between the U.S. and Iranian presidents at the United Nations General Assembly in New York seems off the table for now, particularly after the attack on a Saudi oil facility that both the Trump administration and the kingdom are attributing to Iran. But how Trump responds next could open him up to more criticism from his party. If that backlash comes, it would be remarkable, after Republicans have given him an out on so many other things:

Pretty much every element of Trump’s diplomacy with North Korea. Obama set off Republicans and his Democratic rival Hillary Clinton during his first presidential campaign by pledging to meet unconditionally with the leaders of adversarial countries. His political opponents later pilloried him for appeasing America’s authoritarian enemies in seeking to constrain Iran’s nuclear program and reconcile with Cuba.

Imagine the uproar if Obama had held a splashy summit with Kim Jong Un in return for no substantive concessions on North Korea’s nuclear-weapons arsenal—let alone if he had done that three times, as Trump has, including the first presidential foray into North Korean territory. What if Obama had gushed abouthow he “fell in love” with North Korea’s dictator? Or unabashedly taken the totalitarian leader’s side in disputes with a former American vice president and the president’s own national security adviser? Or absolved Kim of responsibility for the death of an American college student in North Korean captivity? Or castigated the CIA for cultivating Kim’s half brother as an intelligence asset? Or, while we’re at it, saluted a North Korean general? (See: the various controversies surrounding Obama’s bows to U.S. partners such as the Saudi king and Japanese emperor.)

Trump’s supporters tend to explain away this behavior as the unsavory means by which the president hopes to achieve a worthy objective: a nuclear deal with North Korea, which has eluded his predecessors. They note that Trump has held firm on severe North Korean sanctions. “For 30 years, they’ve been trying to pound a round peg in a square hole,” the Republican Senator James Risch once told me, regarding the history of U.S. talks with Pyongyang. “Things need to be done differently.” If nothing else, even as Trump has worked to erase nearly every aspect of Obama’s foreign-policy record, the two presidents have fashioned a joint legacy: shattering the long-standing bipartisan American taboo of presidents directly engaging with their foes.

Inviting Taliban leaders to peace talks at Camp David right before the anniversary of the 9/11 attacks. Congressional Republicans investigated and censured the Obama administration in 2014 for freeing five Taliban commanders from Guantánamo Bay in return for the release of a captive American soldier named Bowe Bergdahl, and for keeping U.S. lawmakers in the dark about it. “Those folks are sitting in Qatar capable today of inflicting harm on the United States of America,” an indignant representative from Kansas named Mike Pompeo declared at the time.

Today those same folks are still sitting in Qatar as part of a Taliban delegation negotiating the terms of an American military withdrawal from Afghanistan, beside a U.S. team appointed by now–Secretary of State Pompeo. And earlier this month, Trump went much further than Obama ever did in his talks with the militant group, secretly summoning Taliban leaders to his Camp David retreat just days before the anniversary of 9/11 to seal a peace deal.

Republican officials have generally been more vocal about Trump’s prudence in canceling the meeting over a Taliban attack that killed an American soldier in Kabul than about the underlying folly of the scheme itself, but others in their orbit have been less forgiving. “It is an outrage that Obama freed” the Taliban commanders, the conservative columnist Marc Thiessen recently wrote. “But for Trump to even consider allowing leaders of a designated terrorist organization to set foot in Camp David is worse than an outrage; it is an insult to all those who died on 9/11 and the American troops who gave their lives fighting them in Afghanistan.”

Siding with Russian President Vladimir Putin over U.S. intelligence agencies. Republicans went after Obama for—in their view—naively seeking to “reset” U.S. relations with Russia during his first term, and for informing then–Russian President Dmitry Medvedev, during a private conversation caught on a hot mic, that he would have more “flexibility” to discuss missile-defense issues after the 2012 presidential election.

Trump, meanwhile, privately told Russian officials in the Oval Office that he had fired the FBI director to relieve Russia-related pressure on him, while also sharing highly classified intelligence with them. He has zealously advocated for good relations with Moscow (see his call for Russia to be admitted back into the G7 group of leading democracies after it was kicked out for invading Ukraine and annexing Crimea). Trump has blamed Obama’s weakness, not Russia’s aggression, for the dismemberment of Ukraine. When Trump defended Putin from the accusation that he was a “killer” by claiming that the United States wasn’t “so innocent,” Republicans who once denounced Obama for “apologizing for America” issued mild criticism.

Most notoriously, of course, Trump went before microphones he very much knew were on during his 2018 press conference with Putin in Helsinki and repeatedly placed greater faith in the Russian president’s denials of interfering in the 2016 U.S. presidential election than in his own intelligence agencies’ assessment that the Kremlin had orchestrated an unprecedented assault on American democracy. The Republican outcry over Trump’s obsequious performance was certainly intense, but it dissipated within days and hasn’t recurred as Trump has continued to downplay Russian meddling in U.S. politics.

Questioning America’s commitment to the defense of NATO members. Obama sought to reinvigorate U.S. alliances, but by the end of his administrationhe had grown aggravated with “free riding” allies and developed frosty relations with the leaders of longtime American partners such as Israel and Saudi Arabia over policy differences. Republicans accused him of abandoning the Israelis and Saudis, and of doing the same to fellow NATO members when Obama scrappedplans for a missile-defense system in Central Europe.

Trump shares Obama’s grievances about allies mooching off the American military. But whereas Obama mostly groused privately about the predicament, Trump signals publicly and privately—really to anyone who will listen, and nearly every chance he gets—that he would have misgivings about repelling an attack against other NATO states (especially marginal ones such as Montenegro and wealthy ones such as Germany) if they were not investing in their own defense to a level of his liking. Since NATO’s capacity to deter threats is only as strong as adversaries’ belief that an attack on one would be considered an attack on all, the president’s statements amount to a direct challenge to the alliance’s very viability.

Many Republicans argue that Trump is merely shoring up an alliance that is too dependent on U.S. military might by demanding that NATO members spend more on their common defense. But even if that is the case, the president has left the bloc in a confused and vulnerable state.

Deferring to China on pro-democracy protests in Hong Kong. When pro-democracy protests erupted in Hong Kong in 2014, Republicans such as Senator Marco Rubio criticized the Obama administration for failing to champion American values and side with those struggling for freedom and human rights in the semiautonomous Chinese region. The implicit critique was that Obama was proceeding too cautiously in order to avoid antagonizing mainland China.

Faced with another outbreak of demonstrations in the city, Trump has in some ways responded similarly to Obama—gingerly endorsing the cause of liberty, urging the parties to refrain from violence, and largely staying out of the fray. Butamid intense trade negotiations with Beijing, he has appeared to take China’s side by using the Chinese government’s preferred term riots to refer to the protests, describing the unrest as an internal Chinese matter, and even suggesting that Chinese President Xi Jinping meet with the protesters.

When I asked Rubio about these comments recently, he told me that he didn’t think Trump has “any ill will toward the people, and frankly, I think he sympathizes with the people of Hong Kong.” Of course, this still doesn’t explain why the president hasn’t spoken up more on their behalf.

Uri Friedman is a staff writer at The Atlantic, covering national security and global affairs. 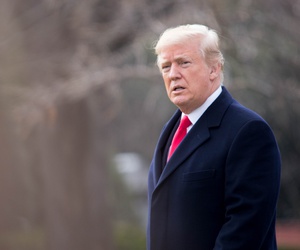 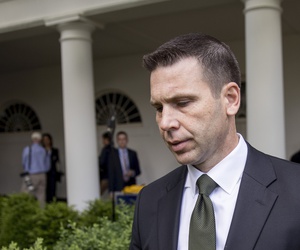 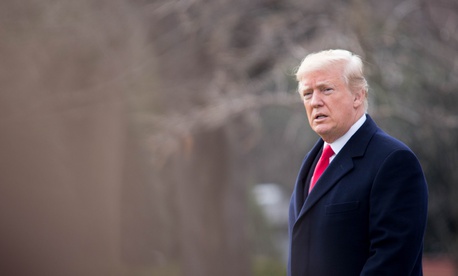 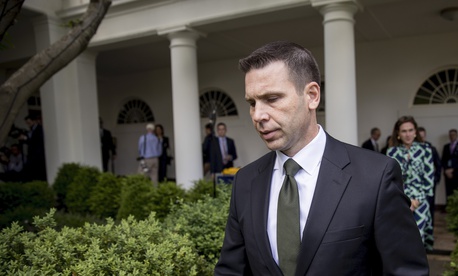