Here’s How Multi-cloud Is Driving the Future of Government Work
Skip to Content
Get all our news and commentary in your inbox at 6 a.m. ET.
Ideas
The Air Force's Kessel Run Is the John Travolta of Defense Acquisitions 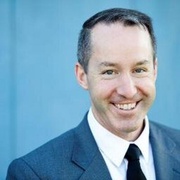 We need to talk about the Air Force’s Kessel Run program.

But first, we need to talk about John Travolta.

Few Hollywood actors have had more ups and downs than Mr. Travolta. He was the hottest ticket in the world when he strutted across the screen in 1977’s Saturday Night Fever, quickly followed by Grease. Not long after that, his status took a bit of a faceplant. As a kid in the early 80’s, my friends and I thought he was the dorkiest disco dork ever to dork, and that was before dorks were cool. He went on to make enormous hits (e.g. Pulp Fiction) and enormous flops (e.g. Battlefield Earth), causing me to revisit my opinion several times.

I recall an interview Travolta gave during one of the many times in his career when the critics were being particularly harsh. He said something along the lines of “I wasn’t that great before, and I’m not that bad now.” This phrase really stuck with me. Not just because it accurately summed up his actual talent, but because it helped me recognize he was just a guy doing a job as best he could. Sometimes his performance exceeded expectations, other times it did not. He clearly wasn’t buying in to the hype.

Related: Inside the Government's Quest to Safely Use Open-Source Code

People get excited when the hype is high, then get disappointed when the thing fails to live up to expectations. The higher the hype, the deeper the disappointment.

The clever folks at Gartner call this The Hype Cycle, in which the Peak of Inflated Expectations is followed inevitably by the Trough of Disillusionment. They even graphed it out for us:

Which brings us to Kessel Run, often described as a “software factory that fights wars.” The team has done an impressive job of delivering operational software that runs on classified networks to support military planning and operations. They are doing good work and telling a good story and are widely seen as the gold standard of military tech done right. They are also the most hyped military program office in operation today. See, for example, this FCW article: Why Kessel Run is such a big deal.

Kessel Run’s branding and social media presence is on point (#AgileAF anyone?) and their senior-level support is the envy of all program offices. This photo of a Kessel Run patch on the chief of staff of the Air Force’s notebook really says it all. If Kessel Run was a movie star, it might be Travolta in 1978. 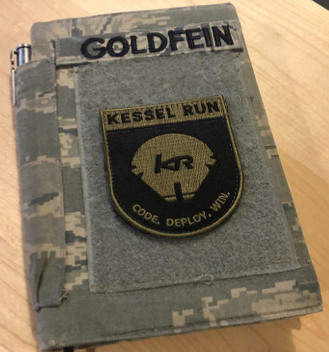 The hype is not unfounded. In October 2018, Secretary of the Air Force Heather Wilson submitted a report to Congress that said Kessel Run “is proving successful… We believe we have demonstrated the ability to continuously deliver software that adds value to the warfighter.”

Successfully demonstrating continuous delivery is basically the holy grail of software development, and Kessel Run did it. The FCW article is correct — this is a really big deal. This success also sets high expectations for future performance, so Kessel Run is almost certainly perched on the Peak of Inflated Expectations right now.

And sure enough, critics and skeptics are quietly beginning to poke at Kessel Run. Not too loudly just yet, and not in print, but the rumblings are not hard to find if you listen closely. So yes, the trough of disillusionment is coming. But it’s nothing anyone should take too seriously. The view from the trough is just as distorted as the view from the peak – maybe even more so.

Take a closer look at Gartner’s diagram and you’ll see something beyond the trough: the slope of enlightenment. That’s where reality and expectations begin to align. That’s where talent persists, the growth mindset pays off, and the effort delivers enduring value. Press on through the trough, and you just might make long-term progress in the Plateau of Productivity.

This is a natural part of the cycle. When the trough happens, I hope nobody will take it too seriously. I hope the Kessel Run team will continue experimenting and learning, developing their people, and successfully shipping software to support military operations. I hope other program offices will continue to learn from Kessel Run’s experience — both their successes and their failures.

Most importantly, when the trough happens, I hope nobody concludes that Kessel Run’s strategy was inherently flawed and should never be repeated. I hope nobody writes them off the way my friends and I dismissed Travolta in the early 80s. In other words, I hope we’ll all remember the Travolta Truth: I wasn’t that great, I’m not that bad.

NEXT STORY: The US and Iran Are Still Worlds Apart on a Deal