An unarmed Trident II D5 missile launches from the Ohio-class ballistic missile submarine USS Nebraska (SSBN 739) off the coast of California in a 2008 test.

National security concerns about Trump are only the latest reason Sen. Jack Reed should kill the new sub-launched warhead.

“President Trump is a threat to U.S. national security and we plan to impeach him. Oh, by the way, we just bought him a new, highly dangerous nuclear weapon. We hope he uses it wisely.”

Can you imagine congressional Democrats saying this, or presidential candidates explaining it?  Of course not. Yet Democrats are on the verge of doing just that—pushing impeachment with one hand and approving new nukes for Trump with the other. It would be a big mistake.

Democrats have begun the process of impeaching President Trump for using “taxpayer money to shake down other countries for the benefit of his campaign,” as stated by House Speaker Nancy Pelosi. Pelosi, who had been resisting impeachment, chose to change course in response to growing support among swing-state moderates in her party who called the allegations against Trump a stunning “national security threat.”

It is no doubt a threat to U.S. national security for a president to withhold congressionally-approved military aid to Ukraine, intended to help defend it against Russia, to leverage political favors that would benefit Trump’s reelection campaign. As more than 300 former national security professionals, from both parties, said in a Sept. 26 statement, “we consider the President’s actions to be a profound national security concern.”

It would be highly inconsistent, then, for Democrats to turn around and approve millions of dollars for a new, dangerous nuclear weapon that President Trump intends to deploy and could potentially use (he has complete and sole authority to do so, by the way) before the 2020 election. If Trump is such a threat to U.S. security as to justify impeachment, should he be entrusted with new, more usable nuclear bombs? Certainly not.

Related: A Closer Look at the Arguments against the Low-Yield SLBM

And yet that is the uncomfortable situation in which Democrats may soon find themselves. Sen. Jack Reed, D-Rhode Island, ranking member on the Senate Armed Services Committee, has been handed a golden opportunity to do the right thing and kill Trump’s request for a so-called “low-yield” nuclear warhead to be deployed on submarines. But Reed’s intentions remain a mystery, despite a trio of strong reasons for him to stake out a clear position:

1. The House, controlled by Democrats, wisely voted in July to cancel this weapon, with Rep. Adam Smith, D-Washington, chair of the House Armed Services Committee, saying that “I would like to kill the low-yield nuclear weapon program.”

2. In August, 18 senators, including party leaders and five presidential candidates (Booker, Harris, Klobuchar, Sanders and Warren) wrote a letter opposing the new weapon, arguing that it would “reduce the threshold for nuclear use and make nuclear escalation more likely.” Sen. Elizabeth Warren said she “voted against and will continue to vote against this President’s attempt to create new, more “usable” nuclear weapons.” Former Vice President Joe Biden is opposed as well.

3. Last year, more than 30 nuclear experts—including former Vice Chair of the Joint Chiefs of Staff General James Cartwright, former Secretary of Defense William Perry and former Secretary of State George Shultz—wrote to Congress in opposition, finding that “There is no need for such weapons and building them would make the United States less safe. These so-called “low-yield” weapons are a gateway to nuclear catastrophe and should not be pursued.”

In the face of this damning critique from his House and Senate colleagues, presidential front-runners and nuclear deep-thinkers, it should be a no-brainer for Sen. Reed to oppose this new nuclear weapon. He is one of the “Big Four” who will decided how to bring the House and Senate versions of the National Defense Authorization Act into agreement in the next few weeks. If the Act does not support the House’s position to kill the new weapon, it will get funded and deployed before the 2020 election.

How will the leaders of the House impeachment effort explain to the American people why, when they had the chance, the Democrats did not stop Trump’s new nuke?

How will the presidential candidates respond when asked in the next debate, “you support impeaching President Trump as a danger to national security, but your party approved a new, more usable nuclear weapon for the president. How do you explain that?”

As we know from experience, nuclear weapons and a presidency in crisis do not mix well. As President Nixon was facing impeachment in 1974, he reminded the media that “I can go back into my office and pick up the telephone and in 25 minutes 70 million people will be dead.” Now, President Trump is threatening violence against the whistleblower, suggesting that Rep. Adam Schiff be arrested for treason, and tweeting about how his impeachment could bring on a civil war.

As Trump falls deeper into the impeachment meat-grinder, with his finger on the nuclear button, there is every reason in the world for Democrats to cancel Trump’s new nuke while they have the chance. 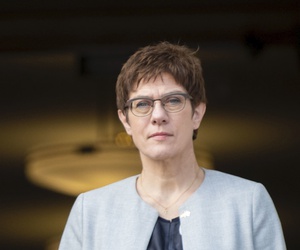 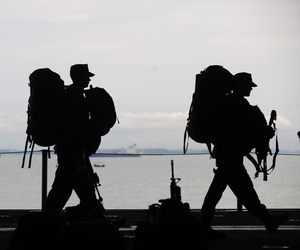 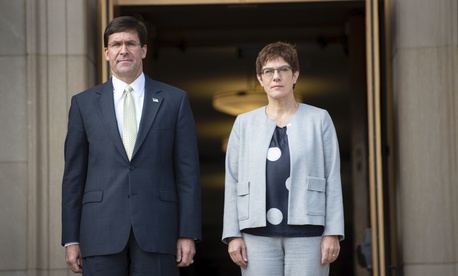 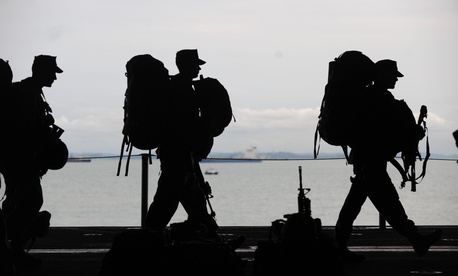