Secretary of State Mike Pompeo pauses while speaking at a news conference at the State Department in Washington, Monday, Nov. 18, 2019.

The secretary of state has been trying to distance himself from the impeachment hearings, but today’s explosive testimony put him at center stage.

Mike Pompeo tried to stay out of it. He tried to block certain State Department officials from testifying in the House impeachment inquiry. He didn’t admit for days that he had listened in on the phone call at the heart of that inquiry, in which President Donald Trump asked Ukrainian President Volodymyr Zelensky to investigate a domestic political rival. He’s referred to the hearings as “noise” and been out of town a lot—both abroad and in Kansas.

In explosive public testimony on Wednesday, Gordon Sondland, Pompeo’s own ambassador to the European Union, put the secretary of state right in the middle of the scandal. Sondland confirmed not only that the president’s personal lawyer Rudy Giuliani insisted on a quid pro quo with the Ukrainians—a White House visit by Zelensky in exchange for announcing investigations into Burisma, a company where Joe Biden’s son served on the board, and into the 2016 election—but that Pompeo himself was fully in the loop the whole time.

“We all understood that these prerequisites for the White House call and White House meeting reflected President Trump’s desires and requirements,” Sondland testified, referring to the investigations. He said he had updated Pompeo himself, via email, about his discussions in pursuit of those investigations. “Everyone was in the loop. It was no secret.” And just like that, Pompeo’s intricate maneuvers to distance himself fell apart.

Related: Trump’s Bullying of Ukraine Set Off Alarms Throughout the US Government

Related: It Was a Corrupt Quid Pro Quo

Pompeo’s name has surfaced in testimony a few times already, but never like this. Indeed, his role has been notably understated given that the entire inquiry centers on a foreign-policy matter—he is, after all, the nation’s chief diplomat, and if the president used his public office for personal gain in his dealings with Ukraine, he was squarely on Pompeo’s turf when he did so. Yet as a succession of current and former State Department officials appeared before impeachment investigators, they did so in implicit defiance of Pompeo, who had condemned the entire process as unfair and banned some State officials from participating.

But the inquiry was set to ensnare Pompeo anyway. One of the first former officials to testify was Michael McKinley, a close counselor to Pompeo who resigned in protest over Pompeo’s treatment of staff. Pompeo, McKinley testified, had failed to publicly defend Marie Yovanovitch, the former ambassador to Ukraine, from attacks on her character—not least by the president himself. “The disparagement of a career diplomat doing her job was unacceptable to me,” McKinley testified, referring to Trump’s remarks to Zelensky that she was “bad news.” Yovanovitch, according to her own testimony, was pulled from her ambassadorship and told by a State Department official in the middle of the night to get on the next plane out of the country.

Pompeo is now suffering an ironic fate as a key architect, during his own time in Congress, of the Benghazi hearings, when he grilled a different secretary of state about her own treatment of the diplomatic workforce. In that case, Pompeo and others were seeking to prove Hillary Clinton’s negligence in the killing of four Americans, including the ambassador to Libya, in an attack on a U.S. complex in Benghazi. Now Pompeo hasn’t been able to muster so much as a public statement in defense of Foreign Service officers being impugned by the president.

Trump has kept up attacks on Pompeo’s workforce via Twitter. The president has dismissed the career diplomat who replaced Yovanovitch, William Taylor, as a Never Trumper. Moreover, if Pompeo was betting that he could stay on the president’s good side by letting these attacks pass, he appears to have miscalculated: Trump has criticized Pompeo himself for hiring people like Taylor, and said of his secretary of state that “everybody makes mistakes.”

Still, the criticisms of Pompeo’s role in the drama have generally concerned his treatment of his workforce and his refusal to aid the inquiry, rather than his conduct as it concerned U.S. policy toward Ukraine. Testimony that Sondland, along with Giuliani and Ukraine Special Envoy Kurt Volker, were running a “rogue” foreign policy outside of proper channels somewhat insulated the rest of Pompeo’s State Department. Pompeo runs U.S. foreign policy, and this was something multiple officials testified was actually contrary to the stated policy.

Sondland just blew up that narrative. He testified that another diplomat coordinated with Giuliani at Pompeo’s explicit direction. Sondland also said he kept Pompeo informed at virtually every step after Giuliani told the Ukrainians that a White House visit depended on an announcement of investigations. At one point, Pompeo emailed Sondland to commend him: “You’re doing great work; keep banging away.”

As Sondland claimed of Pompeo and many other top officials in his opening statement: “They knew what we were doing, and why.”

That question—why—continues to drive the impeachment hearings, and will continue to haunt Pompeo. As Sondland sat before the Intelligence Committee on Wednesday, Pompeo was in Brussels meeting with NATO counterparts. He ignored shouted questions from reporters about what Sondland was saying, still trying to tune out the “noise” back home. But the noise will only get louder. 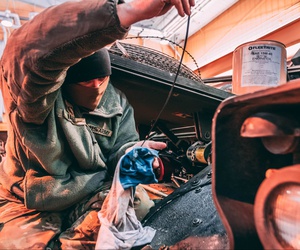 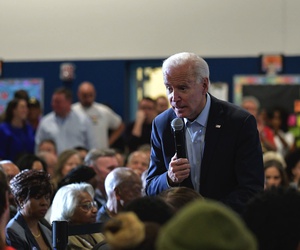 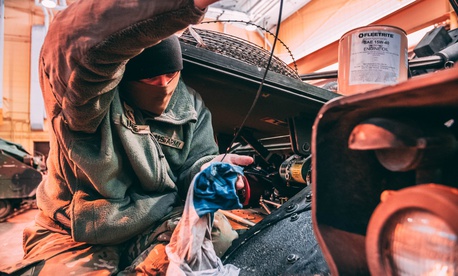 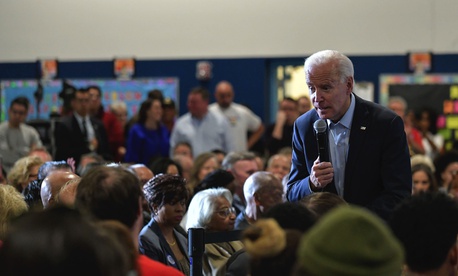