Perspecta's View: Six Steps for DES to Capture Innovation
Skip to Content
Get all our news and commentary in your inbox at 6 a.m. ET.
Ideas
Finding ‘The End’ to Our Story in Afghanistan May Be The Best We Could Do 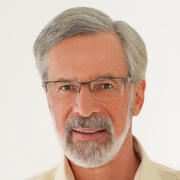 Any U.S. policy driven by timelines and domestic political concerns only tells them how long they have to hold out. But any U.S. policy that requires a long-term foreign commitment and doesn't have strong domestic support, is likely doomed to fail. Americans have demonstrated many times that they are good at responding to imminent overseas threats, and not so good at long-term foreign commitments absent such a threat. Part of the current U.S. calculation seems to be that the United States can deal with any future Afghanistan-based threat as necessary, without maintaining a long-term presence, and certainly without engaging in the costly and uncertain business of “nation building.”

In the Democratic candidates’ debate in September, Joe Biden said, “The whole purpose of going to Afghanistan was to not have a counterinsurgency...The point is that it’s a counterterrorism strategy.” In other words, he would limit U.S. goals to those specifically related to our security, not to building Afghanistan. And he said he would do that in conjunction with a troop withdrawal. In Foreign Affairs in June, Bernie Sanders also called for the withdrawal of all U.S. troops, and said the United States “must seriously reinvest in diplomacy and development aid,” exactly the kind of thing the congress has proved it is not good at doing over the long term.

NEXT STORY: What Trump’s Coronavirus Lie Reveals about the Commander in Chief