The Trump administration’s stances on nuclear negotiations don’t even make sense as a starting point. 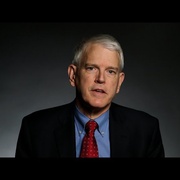 The clock for the New Strategic Arms Reduction Treaty runs out on February 5. The Trump administration has not taken up Russia’s offer to extend the treaty, believing it has leverage to get something more from the Kremlin, and it has even threatened an arms race.

This is delusion and bluff. If the administration does not change course, New START will lapse and, for the first time in decades, U.S. and Russian nuclear forces will be under no constraints.

The terms of New START permit its extension for up to five years. Keeping Russian strategic forces limited and maintaining the current flow of information about those forces are very much in the U.S. interest. The Kremlin is ready to extend. Yet the Trump administration has laid down conditions, apparently believing that Moscow is desperate to continue the agreement.

The first condition is expanding the scope of the agreement. President Trump’s arms control envoy, Marshall Billingslea, has said that Russia must agree to new negotiations that cover all U.S. and Russian nuclear arms. This is not an unreasonable goal; it was proposed by the Obama administration in 2010. But Moscow has already responded by saying that any new negotiations would have to address questions of interest to Russia, starting with missile defense — and Mr. Billingslea has made clear that limits on missile defense are not on offer.

The second condition is improved verification. Mr. Billingslea claims that New START’s monitoring measures have significant shortcomings. However, the U.S. military and intelligence community deemed those measures sufficient in 2010, when the treaty was signed, and that remains the case today. Indeed, the State Department certified last spring that Russia was in compliance with New START.

Indeed, the biggest New START compliance issue has been raised by Russian officials. They express concern that the procedures used by the U.S. military to convert heavy bombers and launch tubes on ballistic missile submarines so that they will no longer be counted by New START can easily be reversed. (Mr. Billingslea seemed to confirm this in a recent interview, when he said the United States would immediately reverse the conversions if the treaty lapses in February.)

Over the summer, the Trump administration appeared to drop a third condition—that China, which has nothing to do with New START, agree to join arms negotiations with the United States and Russia—but Mr. Billingslea ten days ago said a new treaty must include China.

The Kremlin does not appear inclined to accept the U.S. conditions. Deputy Foreign Minister Sergey Ryabkov termed them “too far-fetched and devoid of appealing elements,” even as Mr. Billingslea seems to have doubled down. He has warned that Washington may demand more if Moscow does not agree to the U.S. conditions by November. He offered no strategic reason for saying November; it appears obvious that he wants a pre-election agreement and photo op for Mr. Trump.

The U.S. arms control envoy also has threatened to spend Russia “into oblivion” with an arms race if New START ends and there is no replacement treaty. He bluntly told a Russian journalist: “we can afford it, but you can’t.”

Really? The Pentagon is struggling to fund its already planned nuclear modernization programs, which are sucking up funds from conventional weapons programs. At the same time, the Navy wants to expand its current 290 large ships to 355, while the Air Force wants 386 squadrons, a 25 percent increase over the current number. The Department of Defense is developing new intermediate-range missile programs, whose costs will run into the billions of dollars. Where will the Pentagon find the money for a strategic nuclear arms race?

Moreover, U.S. strategic force modernization programs will not begin producing new weapons until the end of the 2020s. Russia, on the other hand, has hot production lines now churning out new ballistic missile submarines, submarine-launched ballistic missiles, and intercontinental ballistic missiles, among other things. It could keep those lines running. If necessary, the Kremlin has nearly $600 billion in reserves as well as a large national wealth fund on which it could draw.

Illusory leverage and empty threats will not get Russia to agree to the Trump administration’s approach. Washington should agree to extend New START to February 2026, perhaps in conjunction with a short joint statement by Presidents Trump and Putin that the two countries will explore further nuclear arms reductions and the full range of related issues, including third-country nuclear forces and missile defense.

That approach would ensure U.S. and Russian strategic forces remain limited until 2026. It would give negotiators time to work through some very thorny issues. It would make Americans safer. And, most importantly for Mr. Trump, it would give him his photo op.

Steven Pifer is a William Perry Research Fellow at Stanford’s Center for International Security and Cooperation and a retired Foreign Service officer.

NEXT STORY: Isolationism Is Not a Dirty Word