House and Senate members agreed to military personnel and acquisition reforms, yet set up a showdown over the offshore prison and wartime supplemental funding.

For all the “big four” members of the House and Senate Armed Services Committees say the $600 billion fiscal 2016 defense authorization bill accomplishes, what’s perhaps more notable is what it doesn’t do: end sequestration, solve the budget impasse over defense spending, or give President Barack Obama the legislative support he sought to close the military prison at Guantanamo Bay, Cuba.

The defense spending bill that House and Senate members agreed to Tuesday evening may solve several partisan disagreements, but unless the president backs down on his veto threat, it’s as good as dead on arrival at his desk.

Members said their compromise bill includes reforms on military retirement, personnel costs, and Pentagon acquisition; strikes the right balance on controversial policy points like U.S. reliance on Russian rocket technology and Guantanamo; and provides avenues for direct lethal assistance to Ukraine and the Kurds. It even bans torture.

In the bill, members authorize $515 billion in spending for national defense and an added $89.2 billion for the Pentagon’s war chest, known as the Overseas Contingency Operations, or OCO, account, for a total of $604.2 billion, according to the NDAA conference report released Tuesday evening.

“It has to be considered in the backdrop of the world today….It’s a right step in the right direction,” Senate Armed Services Committee Chairman John McCain, R-Ariz., said. “There’s one thing we didn’t do: we didn’t solve sequestration.”

“We are committed to repealing sequestration before it does further damage to our ability to serve this nation,” he said.

McCain said that he doesn’t agree with using OCO, which isn’t beholden to the budget caps, to boost Pentagon funding: “The right place to have that fight, though, is in the appropriations bill, not the authorization bill.”

While war funding has become a perennial fight, what’s new this year was Obama and McCain pledging to work together to close Guantanamo. But instead of moving toward closing the controversial facility, the bill returns to a stricter standard that would freeze the remaining population at Guantanamo for at least the next year, according to House Armed Services Committee Ranking Member Adam Smith, D-Wash. McCain said the White House gave him no choice after failing to come forward with a plan to close Guantanamo, which he required and they promised months ago.

“We acted as we had to, without any plan or blueprint from the administration,” said McCain, who supports closing Guantanamo. “If the administration complains about the provisions on Guantanamo, it’s their fault because they never came forward with a plan, that we probably could’ve supported, to get rid of this issue.”

White House officials did not respond to requests for comment Tuesday evening.

The Senate is expected to vote Wednesday on a continuing resolution to keep the government funded into December and avert an immediate shutdown. House Armed Services Committee Chairman Mac Thornberry, R-Texas, introduced the defense authorization bill in the House Tuesday evening. A vote is expected Thursday afternoon. That means the behemoth bill could be on Obama’s desk some three months earlier than the nail-biting, late passage of recent years.

Thornberry noted the conference report sets the same total funding levels for defense as Obama requested — $619 billion in discretionary base funding and the OCO war chest, save for some $7.7 billion outside the committee’s jurisdiction. But it’s how those total funds are divvied up that the White House is fighting. Obama’s fiscal 2016 budget request intentionally busted the spending caps put in place by the Budget Control Act of 2011 in order to force a fix. Obama has threatened to veto the defense authorization bill if lawmakers continue to use the OCO account to skirt the caps — a mechanism administration officials call a “gimmick” and Defense Secretary Ash Carter calls a “road to nowhere.”

Lawmakers also are using the bill to push Obama into directly funding and arming foreign forces fighting the Islamic State, Syria’s Bashar al-Assad and Russian forces in Eastern Europe. The bill authorizes $715 million for security assistance to Iraqi security forces but requires at least 25 percent of the funds be given directly to Kurdish peshmerga and Sunni fighters. Additionally, lawmakers offer lethal aid to Ukraine and $200 million in military training and assistance. The administration has been weighing that decision for months. “We provide defensive weapons to Ukraine right now, and they have nothing to counter Russian separatist tanks,” McCain said. “We authorize [direct lethal assistance] and encourage it by the administration.”

The members also would authorize $600 million to continue the embattled U.S. program to train and equip moderate Syrian opposition fighters. The lawmakers zeroed out funds for the administration’s Counterterrorism Partnership Fund, or CTPF.None of the funds authorized for that proposal this year have been executed.

Still, the Armed Services Committee leaders all touted the bill as codifying “the most sweeping reforms in years and years,” in McCain’s words. Some of the proposed acquisition reforms have been a point of some tension with the Pentagon.

“A dysfunctional acquisition system, top-heavy headquarters staffs, and imbalances in civilian and military workforces have combined to rob our Armed Forces of their agility to quickly adjust to emerging threats and maintain our technological edge in the face of rapid change just when they need it most,” says the summary of the report.

“In the past, no one has been held accountable for cost overruns. Now the signature of the service chiefs will be on a piece of paper,” McCain said.

Yet, the broader dispute over defense spending and the right way forward on Guantanamo split the conference, according to aides.

“They ought to pick a place, put a plan on table,” Smith said, noting administration officials told him the Guantanamo closure blueprint is imminent. “But the bill locks in place another year in which there’s no possibility whatsoever of closing Guantanamo…There’s no reason on earth we can’t hold them here.”

More than that, the bill would rescind Obama’s unilateral authority to transfer detainees and require Defense Secretary Ash Carter, to certify any moves would be in the interest of U.S. national security. The bill specifically bars prisoner transfers to Yemen, Somalia, Libya, and Syria. 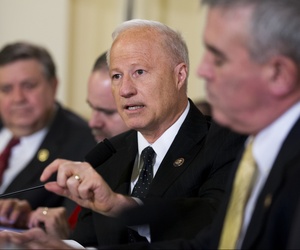 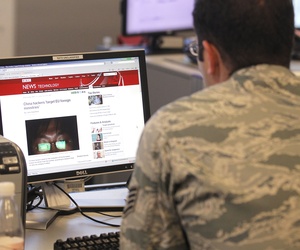 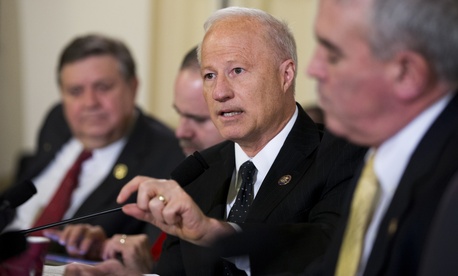 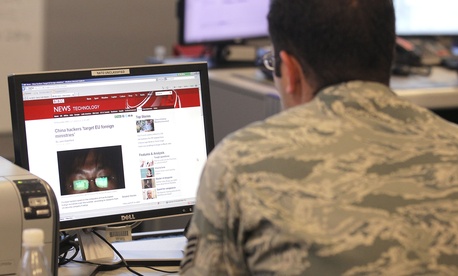