House Democrats on Thursday moved to rein in President Trump’s ability to wage war against Iran, with a handful of Republicans joining the majority vote to block any related funding and repeal the 2002 authorization for the war in Iraq.

The two bills are chiefly symbolic — the Repubican-led Senate is almost certain not to take up either measure and the White House has threatened to veto them both — but the debate has opened a window into the Trump administration’s interpretation of its warmaking authorities, and laid bare the apparent tension between Trump’s official policy and his personal instincts on war in the Middle East.

White House officials this week claimed the 2002 congressional authorization that originally allowed the invasion of Iraq could be used to legalize some use of force against Iran in order to bolster the fragile Iraqi state. In Office of Management and Budget statements issued Tuesday, the administration opposed both of the House Democrats’ bills.

“With respect to Iran’s malign activities in Iraq, the 2002 AUMF provides critical authorities for the United States to defend itself and its partner forces as they carry out their missions against terrorist threats emanating from Iraq and in support of a stable, democratic Iraq,” OMB wrote.

It’s a broad and apparently new interpretation of the original authorization for the use of military force, or AUMF, which gave President George W. Bush a congressional imprimatur to invade Iraq and topple Saddam Hussein, believed by some the time to have weapons of mass destruction and a possible link to the Sept. 11 attackers. In theory, the White House’s interpretation of the AUMFcould allow the United States to take at least some military action against Iran if it believed it was hampering the development of “a stable, democratic Iraq.”

The Trump administration has offered evolving official positions on whether it views the 2002 AUMF as authorizing military force against Iran. In a June letter to Congress, the State Department wrote that “the Administration has not, to date, interpreted either AUMF as authorizing military force against Iran, except as may be necessary to defend U.S. or partner forces engaged in counterterrorism operations or operations to establish a stable, democratic Iraq.”

“Yesterday, they said something similar to that,” he said of administration officials who have spoken to Congress behind closed doors. “Prior to that, there was just sort of general mutterings about, ‘we don’t want to give up the 2002 AUMF in case we might need it for something.’”

After the United States killed Iranian Gen. Qassem Soleimani in Iraq in January, Smith said, administration officials claimed the 2002 AUMF, as well as the the president’s Article II authorities and the inherent right to self defense, provided the legal justification for the strike.

Legal analysts who have closely tracked the Trump administration’s statements have posited that this might be the interpretation the administration would lean on to argue they already have the authority under the 2002 AUMF to strike Iran, but this the clearest public assertion to that effect.

“They’re getting more specific,” Smith said. “But it took ‘em a while.”

Smith bashed it as “not a legitimate interpretation” and “way beyond the scope” of the measure Congress voted on in 2002. Other Democrats and some libertarian-minded Republicans also see OMB’s interpretation as unjustifiably broad.

“The early 2000s called and they want their foreign policy back,” said Rep. Matt Gaetz, R-Fla., a Trump ally who has bucked the White House by voting in favor of a series of recent House measures intended to limit Trump or Iran. Gaetz’s Pensacola-area district includes several major military installations.

The day before the House was scheduled to vote — but after OMB had already threatened that Trump could veto it — Trump threw the administration’s strategy on the bills into confusion.

“I want everyone, Republican and Democrat, to vote their HEART!” he wrote on Twitter, apparently contradicting his own administration’s opposition to the repeal.

By the evening, he appeared to reverse himself again, tweeting that House Speaker Nancy Pelosi wanted to “take away authority Presidents use to stand up to other countries and defend AMERICANS.”

Trump has long expressed ambivalence about costly U.S. engagements in the Middle East, and has in recent days insisted that the U.S. troop presence in Iraq is “going down.” He has lambasted his own former national security advisor, John Bolton, for his hawkishness, claiming that “if I listened to him, we would be in World War Six by now.”

Asked how he reconciles the president’s call for lawmakers to “vote their heart” with his own administration’s “strong opposition” to the effort, Gaetz said Thursday morning, “I think the president needs to hire more people who agree with him.”

“I think there are a lot of people in the administration who don’t agree with the president’s worldview,” Gaetz said. “I believe when the president encouraged members to vote their heart, he was expressing what was truly in his heart.”

Most of the debate in the House surrounded the parliamentary tactics that the Democrats used to bring the bills to the floor without first sending them through committee.

“This week we are going to vote on life and death, war and peace issues with minimal debate, no amendments, and now, as I understand it, not even a motion to recommit, the last vestige of having an alternative view expressed,” Rep. Mac Thornberry, R-Texas, the top Republican on the House Armed Services Committee said Tuesday. “I think that ought to alarm all of us who care about this institution and care about our ability to work together on behalf of the country’s national security.”

Republicans are also split on the substance. A small but diverse coalition of GOP lawmakers appear to trend towards limiting the president’s powers to wage war. In December, an amendment to the annual defense policy bill that prohibited unauthorized military force against Iran drew 27 Republican votes. The measure did not survive in the final version of the bill, but it got the vote of lawmakers from both the moderate Tuesday Group, the Problem Solvers Caucus, and the Trump-allied Freedom Caucus. Rep. Frank Rooney, R-Fla., who is retiring and flirted with voting for impeachment, and Gaetz, both voted in favor of the measure.

Eleven Republicans voted on Thursday to repeal the 2002 AUMF. Four Republicans voted to restrict funding for war with Iran: Gaetz, and Reps. Warren Davidson, of Ohio; Trey Hollingsworth, of Indiana; and Thomas Massie, of Kentucky. 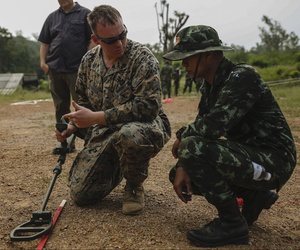 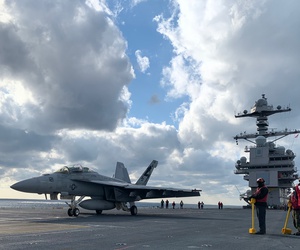 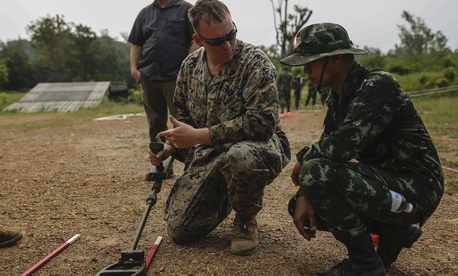 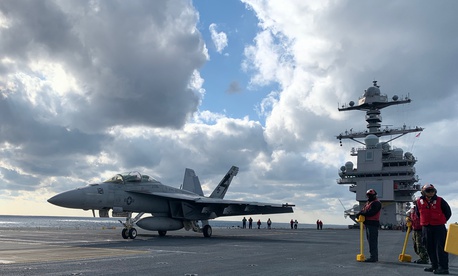