Repurposing aging surveillance drones into high-bandwidth hotspots will ensure troops have wireless access in the most remote places on earth. By Frank Konkel

A small collection of aging surveillance drones are about to have something in common with a typical Starbucks: the ability to provide high-speed Wi-Fi access.

The Defense Advanced Research Projects Agency is a step closer to perfecting the repurposing of aging surveillance drones into high-bandwidth mobile hotspots designed to ensure warfighters have aerial Wi-Fi access in the most remote places on Earth.

As one might expect, the technology behind DARPA’s effort through its Mobile Hotspots program is a little more complex than the coffee shop’s.

The agency is outfitting retired SRQ-7 Shadow drones that once gleaned information for the Army above the Middle East with lightweight pods that contain the technology necessary to provide soldiers with a gigabit-per-second connection to forward-operating bases, operations centers and fix communications centers through what DARPA calls a millimeter-wave backbone network.

All told, the pod is eight inches wide and about 20 pounds – its small stature is important given that RQ-7 Shadows weigh less than 200 pounds – yet in announcing the completion the first phase of the three-phase Mobile Hotspots program, DARPA said it has achieved millimeter-wave amplification capabilities sufficient to provide high-capacity connectivity at distances greater than 50 kilometers.

“We’re pleased with the technical achievements we’ve seen so far in steerable millimeter-wave antennas and millimeter-wave amplifier technology,” said Dick Ridgway, DARPA program manager, said in a statement. “These successes — and the novel networking approaches needed to maintain these high-capacity links — are key to providing forward deployed units with the same high-capacity connectivity we all enjoy over our 4G cellphone networks.”

In its announcement, DARPA signaled it had developed “mobile ad-hoc networking approaches” to maintain the high-capacity backhaul network on mobile air and ground platforms, utilizing “unique solutions” to overcome challenges warfighters would face in connectivity, topology or terrain. 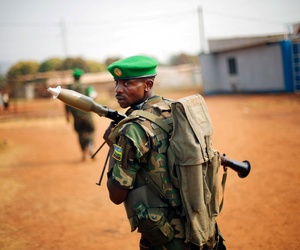 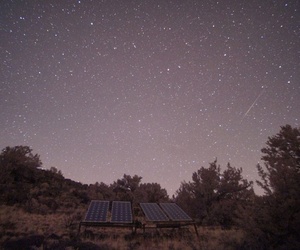 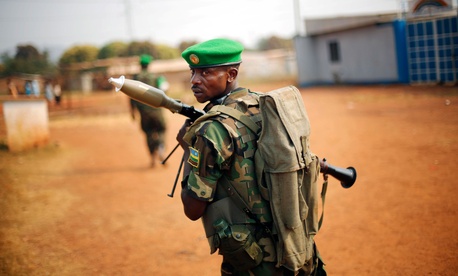 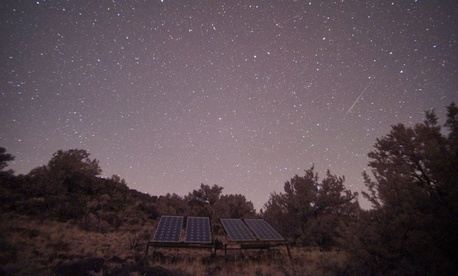