Robots that mimic the movement of eels could be the future of amphipods assault. By Patrick Tucker

In the decade ahead, unmanned underwater vehicles, or UUVs, may have the same sort of disruptive effects on militaries as their flying counterparts. More than 12 countries are at work on undersea robots, which some militaries, including the United States, use to check for mines, map the sea floor and collect weather data. There’s no reason they couldn’t be used to defend battleships from small boats or even carry out attacks on enemy divers. But what will they look like? A team of researchers from Singapore led by Jianxin Xu recently debuted a robotic eel design prototype that could signal the future of undersea warfare.

Different research outfits have used sea drones since 1957, when researchers at the University of Washington’s Applied Physics Lab first launched a machine called the Special Purpose Underwater Research Vehicle, or SPURV. The Soviet Union conducted its own secret research for decades and today, many consider the Russian Institute of Marine Technology Problems the technological leader in undersea drone technology.

The United States isn’t backing away. In a 2013 interview with the Christian Science Monitor, Deputy Defense Secretary Robert Work, (who was with the Center for New American Security at the time) lamented the high cost to staff, maintain and replace manned submarines. Work forecast a winnowing in their number in the years ahead down to the low 40s or even the 30s by 2030. “You can’t buy as many manned subs, so UUVs will be a means by which the US will be able to maintain its undersea dominance even with a smaller number of manned submarines,” said Work.

Today’s most well known Navy drone is the Slocum Glider from Teledyne Benthos, a company that this year received more than $200 million to further develop the Glider for the Navy. Xu argues that the Glider, an inflexible torpedo drone, leaves much to be desired and that nature has already provided a better design.

“Anguilliform [eel like] fish consume less energy when on a long distance journey than regular autonomous underwater vehicles,” Xu told Defense One. “They are highly maneuverable and flexible, making them more suitable than Gliders for navigating small spaces… The noiseless propulsion is another advantage” for the military, he says. “They’re less detectable than robot subs that propel themselves the same way as conventional subs.”

Xu’s design represents a breakthrough robotic fish that effectively mimic the rather unique way that eels and other anguilliform fish swim. His paper describing the prototype and all the software that went into making it work, was published in the most recent issue of the Unmanned Systems journal. But while it’s close to nature, it’s not the first robotic fish or even the first robotic eel. The U.S. Office of Naval Research and the Defense Advanced Research Projects Agency have explored designs that look like actual sea life, such as robotic jellyfish, manta rays, tuna and eels for years.

With an oceanic menagerie of animals to choose from for future robot designs, what advantage do eels present over other forms?

Fish locomotion falls into three categories, thunniform, carangiform, and anguilliform. Thunniform—derived from the Latin word thunnis or Tuna—is characterized by wide caudal fin, (tail) movement, side to side in the case of fish and up and down in the case of dolphins and wales.

Anguilliform locomotion—from the Latin word anguilla for eel—involves wide undulations in the body. It’s also common to sharks. (Carangiform falls in between and is common to mackerels.) With anguilliform movement, undulations take the form of a wave that moves down the length of the animal’s body, pushing the water out of the way from side to side. For many years, researchers in fluid dynamics considered thunniform to be faster and more efficient, but some recent research has found that isn’t always the case.

Several researchers—writing in the journal Nature in the year 2000—found that European eels are able to migrate from Europe to the Sargasso Sea in the West Indies on almost no food, suggesting that anguilliform swimming conserves more energy than previously thought. Many anguilliform swimmers, like sharks, are in constant motion, further attesting to energy efficiency. That’s a key consideration for a Navy that’s become much more energy aware in recent years.

The stealth factor is also a key consideration for a Navy designing robot fish to compete with China or Russia. Anguilliform swimming displaces water evenly compared to thunniform swimming (and certainly compared to traditional rear propulsion) according to a 2004 analysis by Harvard biologists Eric D. Tyrell and George V. Lauder. Here’s how they explained their findings: “The undulatory pump mechanism (employed by the anguilliform kinematic movement) can produce more thrust at low swimming speed, and enables the body to push the water backwards more efficiently… The swimmer with the thunniform kinematic movement generates the largest speed fluctuations, but the one with the anguilliform kinematic movement performs the smoothest.” That smoothness could make some sea drones less detectable than others to future highly sensitive ship sensors.

Eel bots can explore difficult to navigate reefs, hulls and undersea geological formations in a way that other fish types can’t. Xu says that future prototypes of his robot will require less and less guidance to operate. They’ll self-navigate through difficult or dark crawl spaces, which also means fewer operators presiding over more robots, potentially making them even more cost efficient for the Navy.

“Currently our anguilliform fish swim by using exogenous sensing information, namely, external cameras,” he said. “Since we have developed a motion controller and motion library for the prototype, by installing environmental detecting sensors such as infrared or sonar, the robotic fish can carry out tasks in an autonomous manner.”

But the eel bot’s most attractive feature is its adaptability. The same undulating movement that propels it through water can move it forward on land as well. It’s one reason why NASA was considering snakebots for future Mars missions and why tomorrow’s amphibious assault weapons may not swim, walk or roll but… slither. 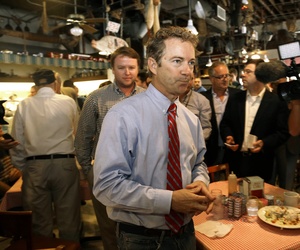 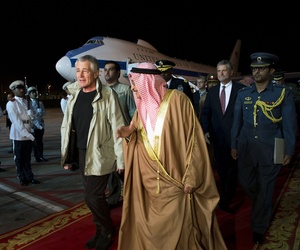 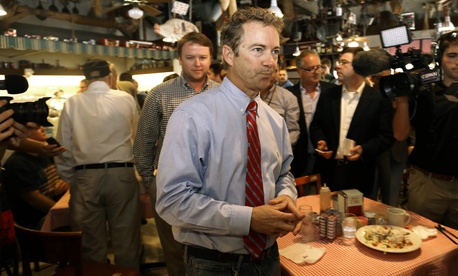 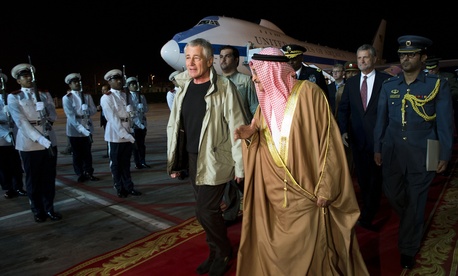