Inside the Glitz of a Middle East Arms Show

Part of the massive exhibit hall at the IDEX arms show in Abu Dhabi.

IDEX has become a must-attend event for defense firms and consultants alike as conversation with a powerful decision maker could translate into billions of dollars in weapon sales.

ABU DHABI — For defense firms, it’s simply all about “being there” at an event like the International Defence Exposition and Conference, better know as IDEX.

You never know who will show up: presidents, princes, defense ministers, generals and admirals from all corners of the world are here. And flashiness matters even for companies and even countries that like to keep low profiles. The goal is to catch the eye of a power player, one who could ink a multimillion or even multibillion dollar deal. Plus, it doesn’t hurt that some countries have acquisition systems that simply depend on the depth of a wealthy individual’s pockets, and not approval by the U.S. Congress.

American firms have tamped down their presence at U.S. and European trade shows, but you couldn’t tell it here. They’re beefing up their presence at a shows like IDEX, as Middle Eastern leaders look to stock up on arms to counter Islamic State militants and deter Iran.

Over the next five years, Saudi Arabia, United Arab Emirates, Kuwait, Qatar and Jordan are expected to spend more $165 billion on arms, according to Avascent Analytics, including ships, armored trucks and fighter jets.

At an event like IDEX, the groundwork is laid for these types of deals. Here business gets done in private conference rooms built into firms’ elaborate display pavilions and booths, much like the way invitation-only corporate chalets serve as the venue for power player meetings at air shows in Paris and London. Generals and other government leaders are often seen with company representatives coming and going from these closed-door meetings. 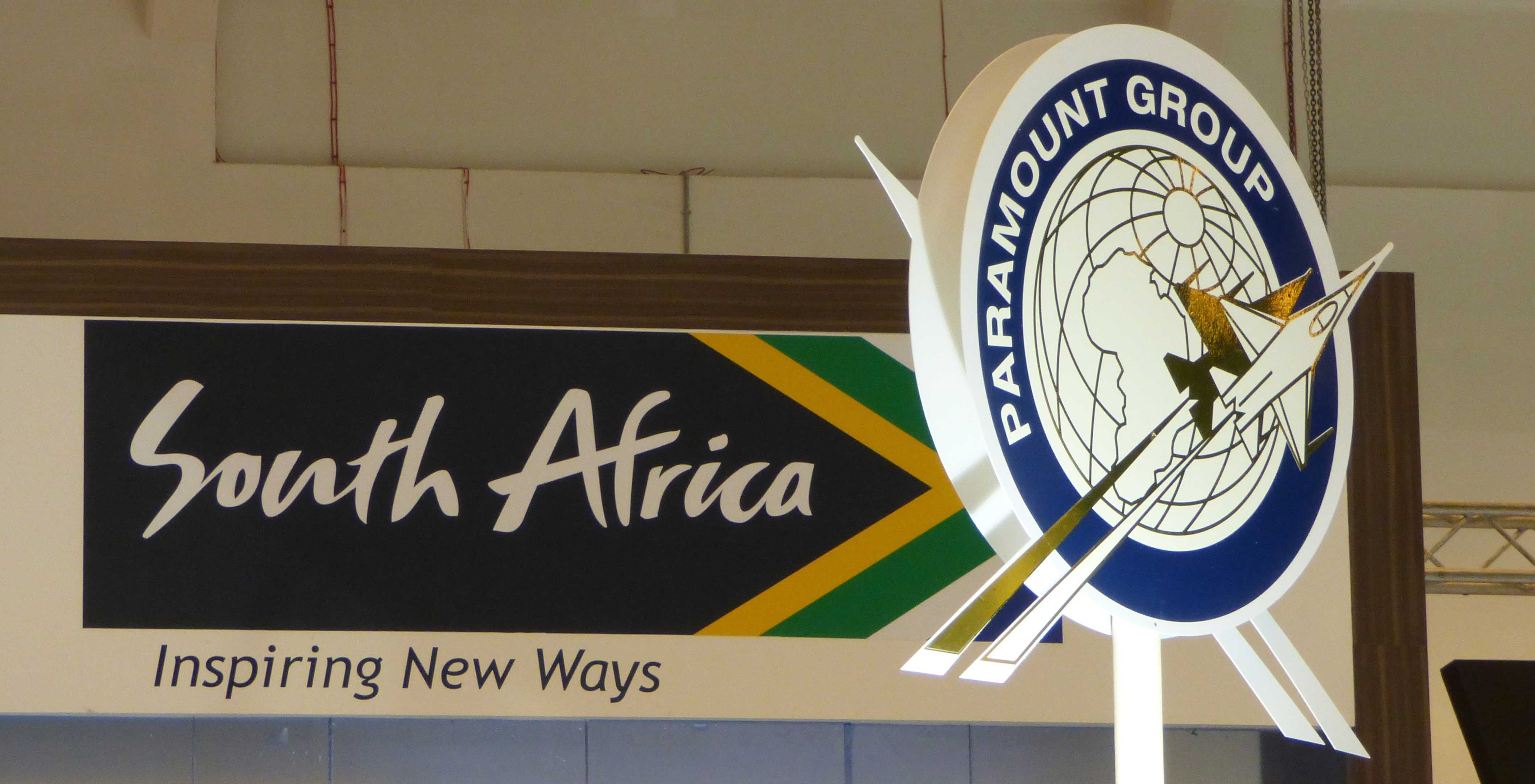 There are company-to-company deals as well. Firms lock-in partnering deals with one another. In one deal that went down this week at IDEX, Motor Sich JSC, a Ukrainian aircraft maintenance and repair company, signed an agreement with South African defense company Paramount Group to jointly modernize helicopters. 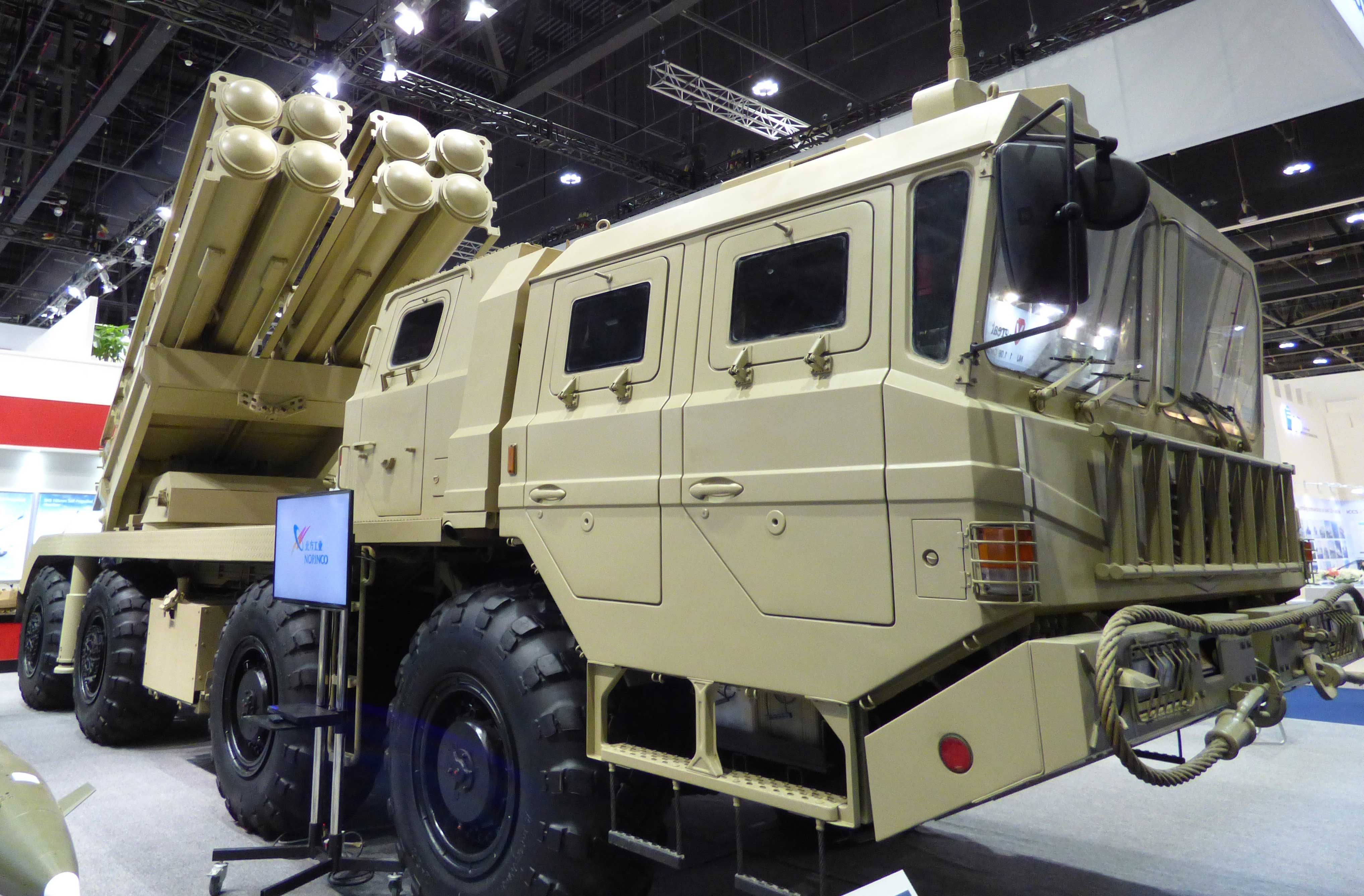 IDEX is much like Washington’s mega-military tradeshow and convention known as AUSA, by the Association of the United States Army.  But the show in Abu Dhabi is much larger, thanks to the attendance of many international firms, including U.S. adversaries. Arms made in China, Russia and even Sudan, countries that don’t attend tradeshows in the United States, are all on display here and their military leaders roam – and deal – freely.

IDEX is a mix of buyers and of sellers, with more than 1,000 companies showing off the latest technology in ground, naval and drone combat. But everyone watches the buyers.

The United Arab Emirates, the host of the event, is typically a buyer. The UAE military has signed more than $4.2 billion in arms deals since IDEX started on Sunday.

The Jordanians, who have recently stepped up contributions to the American-led coalition attacking ISIS, are expected buyers. “They’re here with the checkbook open,” one industry source said.

Ukrainian President Petro Poroshenko showed up and became an unexpected buyer, even though it is not clear what he purchased . Poroshenko also signed a military pact with UAE, although the terms are not clear. Even though the U.S. government has approved the sale of lethal defensive weapons to Kiev, it didn’t stop Poroshenko for checking out American defense firms’ products. 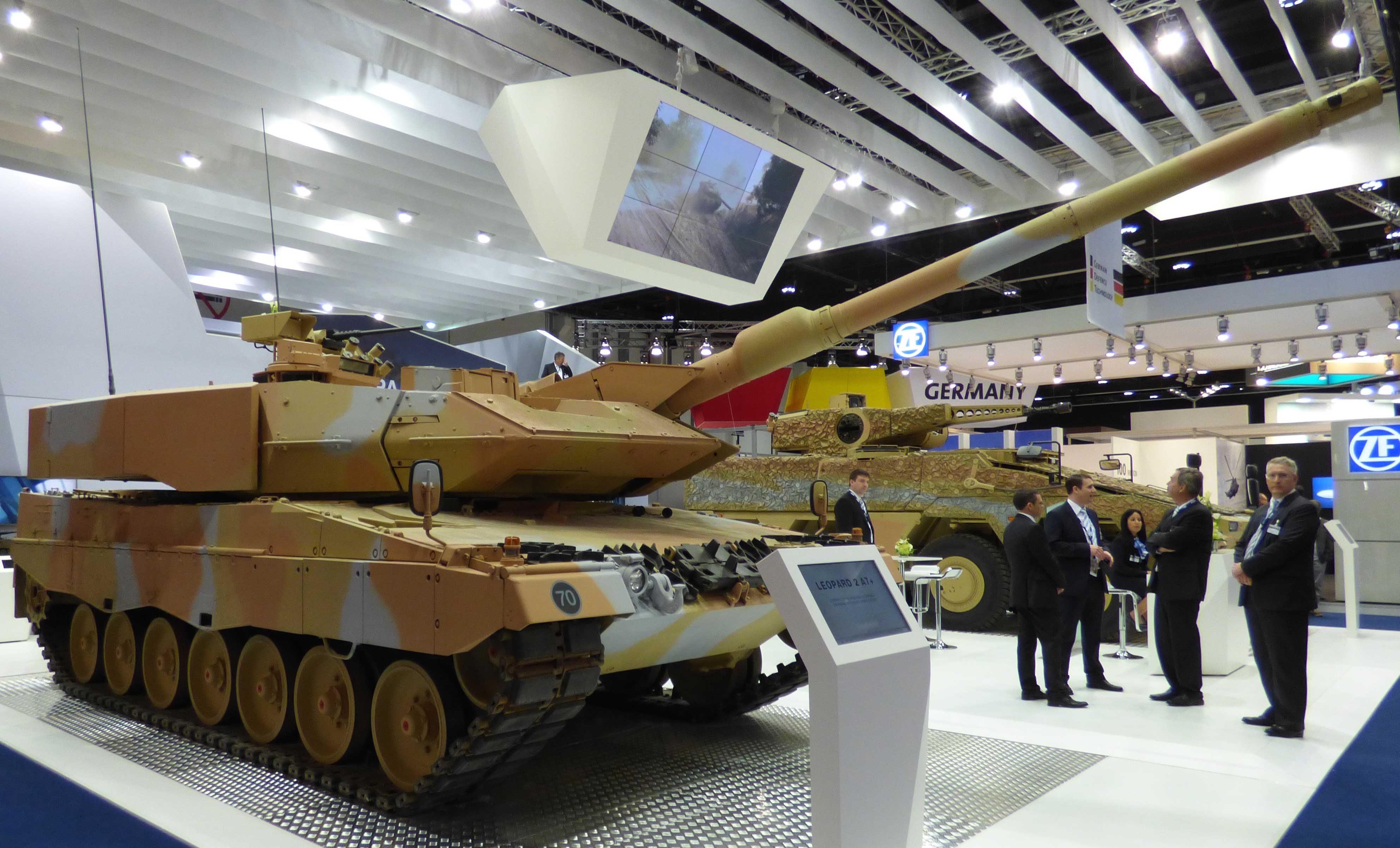 The sellers include defense titans like Lockheed Martin, Boeing, Raytheon, Airbus, BAE Systems, Finmeccanica and Thales. Their display pavilions are sprawling, oftentimes with the company’s signature product as the centerpiece. Depending on the company’s specialty, it could be a missile, tank, armored truck, helicopter, drone or sometimes a mixture of all these weapons.

But there are a larger number of smaller firms, like Defendec, an Estonian company that makes networked border security sensors. These small business usually have tiny booths, with a backdrop, desk and a much more public table to hold a meeting.

Companies could turn into buyers too, as a small company could catch the eye of a defense heavyweight looking to beef up or create a new area of business.

Planning to attend one of these events? Here’s what you need to know:

Companies pay big bucks to set up a pavilion or booth in the high-end real estate of the exhibit hall, like at any convention. But IDEX is one of those events where having a flashy display could land you a contract, as mentioned earlier.

You Never Know Who Will Show Up

Ukrainian President Petro Poroshenko stole the show at IDEX with his unannounced visit. With an entourage in tow and a throng of curious onlookers, he very visibly strolled around the exhibit hall, received briefings on American and European military equipment that would like to buy for his Army, which has been battling pro-Russian separatists for the past year. Poroshenko even walked right by the Russian displays, according to Ukrainian officials. Others spotted include: Prince Mohammed bin Salman bin Abdul Aziz, the new Saudi Arabian defense minister and a high-ranking Chinese People’s Liberation Army general.

With so much military technology right out in the open, the spy game is on for G-men and companies. At times, it’s not even covert. When the previously mentioned Chinese general walked through the large American pavilion, many in his entourage – some in uniform, some not – snapped pictures of all the equipment out in the open. It’s also a chance for some corporate espionage, an opportunity to check out what your competition is up to. 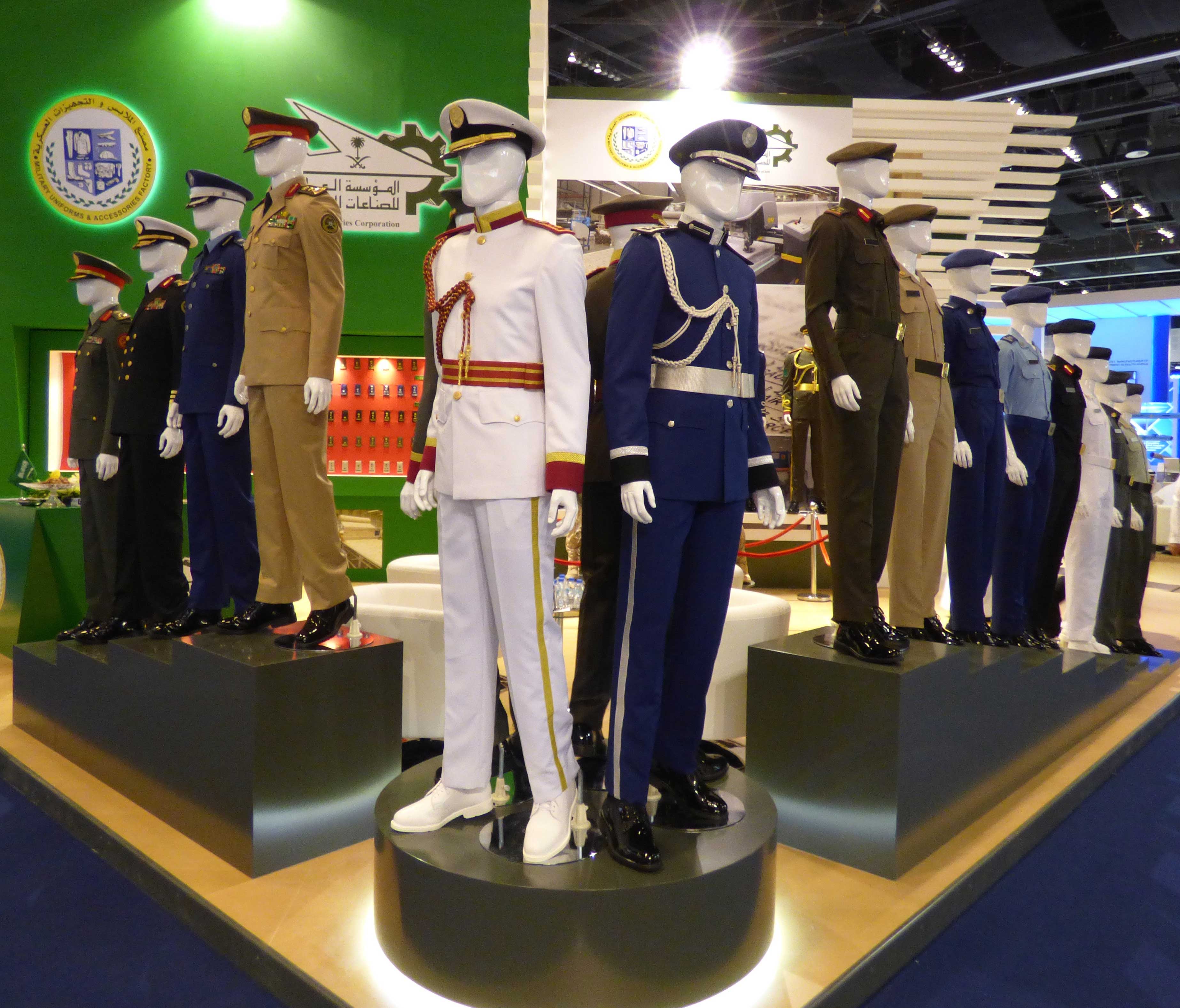 While military officers in uniform are everywhere at IDEX, you’ll find many allies wearing suits in an attempt to blend in at events in Washington. No need to draw attention to yourself where there are reporters everywhere. Typically, embassy military affairs staff wear suits in Washington except to formal events. They break out the dress uniforms for those shindigs. 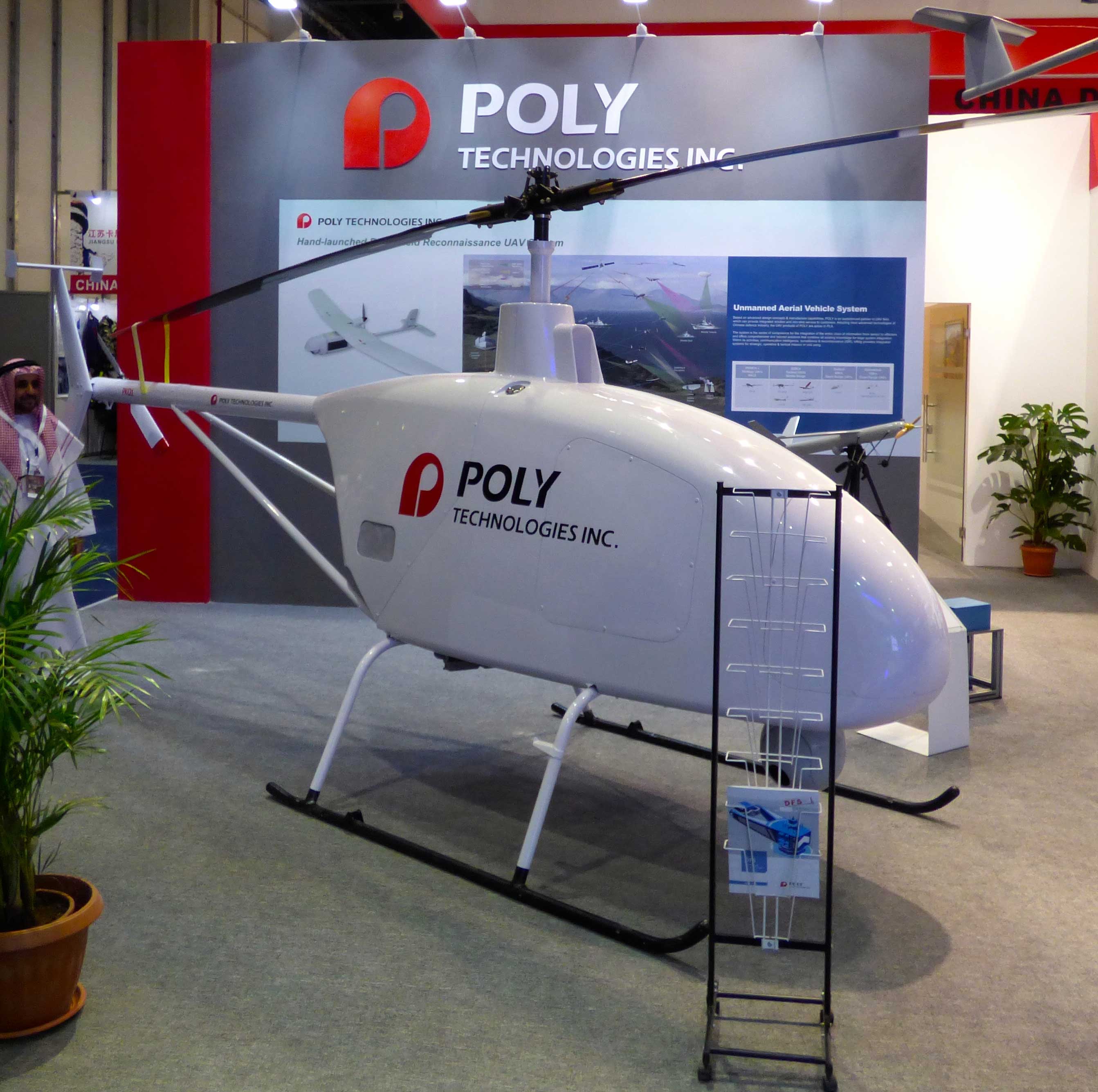 Check Out the Unique Exhibits

For an American, an event like IDEX allows you to see foreign military equipment that you might not get to see anywhere else. The Russians and Chinese are not lining up to display their goods at U.S. tradeshows, after all. The Chinese had an assortment of drones on hand, including a small helicopter drone that looked like the U.S. Navy Fire Scout and the Wing Loong, another drone that closely resembles the U.S. Air Force Reaper. Huge air and missile defense launchers, tanks, missiles, guns — they’re all three. 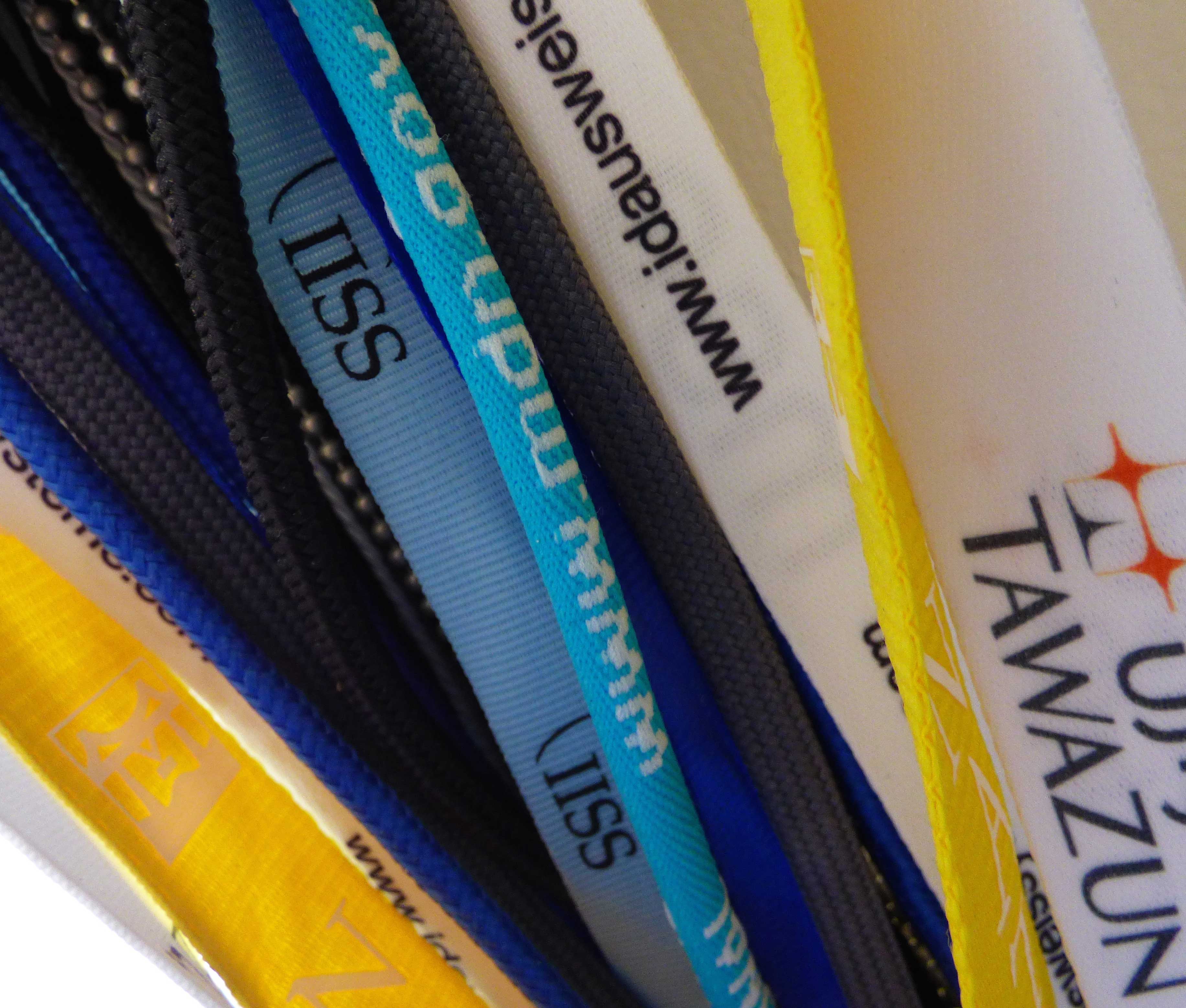 BYOL: That’s Bring Your Own Lanyard

This is a real pro tip, so pay attention, particularly if you’re in the industry. Bring your own lanyard. Everyone always needs to wear an identification badge for security reasons and a lanyard is a must. While the conference registration desk has plenty of lanyards on site, a company always sponsors them. Do you really want to be the Boeing guy wearing the Lockheed lanyard? Didn’t think so.

Many of the larger defense firms hold receptions either at their tradeshow booth or a local hotel. Free food and drinks are always plentiful. While the company receptions are common, the power players typically show up at shindigs hosted by the local embassies. If you want to hobnob with the decision makers, this is the place to be. Ambassadors, defense ministers and even heads of state tend to come to these parties. This year, the Americans had an invite-only reception on the USS Carl Vinson aircraft carrier, which is making a port stop here. The Americans held a similar reception on the USS Harry Truman in November 2013 during the Dubai Air Show.

IDEX is huge. How huge? Check out the video above. On an average day, one reporter walked about 13,000 steps, according to a nifty FitBit. That’s about 6 miles. The event fills the entire Abu Dhabi National Exposition Centre. That’s 375,000 square feet of exhibits. As one reporter in a pair of black wingtips lamented,  “I need to pick up a pair of Rockports for these things. I have blisters everywhere.” Flats are a good option over heels, we’re told. This is even more important at an airshow when you’ll be outside on unpaved surfaces.

Getting Your Eat On

Just about every company’s pavilion or booth has a basket of breath mints or candy perfectly positioned within reach as you walk on by. Before you know it, you’ve had eight lifesavers, five Kit Kats and a 3 Musketeers bar. For some reason, there always seem to be 3 Musketeers. Resist the urge and eat some real food, which in these cavernous exhibit halls is often expensive because you’re trapped there. And usually the quality of the food is not great either. Companies, particularly at airshow, have invite-only chalets with a fully-catered lunch. At the airshows, that’s the best place to find the best food.

Companies offer up tons of giveaways, everything from pens to stuffed animals, emblemized with corporate logos. In recent years, some firms started giving out reusable supermarket bags to collect to hold these tchotchkes. But with so many giveaways, your arms might get tired. Now there are rolling suitcase-style cardboard boxes. Seriously. Wouldn’t want to get a hernia carrying those all those free golf balls. Reporters: hands off the swag.

You don’t see this at defense tradeshows in the United States, but at international events some companies hire models to pass out product cards. The large American companies don’t do this, but Russians companies are notorious for this. These ladies often wear high heals, short skirts, low-cut tops and at an airshow, tight-fitting flight suits.

There’s No Time to Sightsee

Here you are in exotic country X and the best part is you’re company is paying the bill. Surely, you’ll be able to escape to take in some of the sights and pick up some souvenirs. Don’t count on it. You’ll probably be at the show for eight to 10 hours, then off to mandatory corporate dinners and receptions (see above). By the time that’s over, all you want to do is get back to your hotel and crash. Chances are, the only sights you’ll some are through the window of a taxi. If you want to shop and sightsee, book extra days at the end of the trip. If you add to the beginning, you’ll still be fighting jetlag, taking away from the fun. That said, you’ll be exhausted after the show ends. So it’s all about personal preference here.

What To Expect in the Future

Since its inception in 1993, IDEX continues to grow, the event’s organizers say. U.S. and European company executives say their attendance at the exposition is critical to deepening their ties with the United Arab Emirates and other militaries in the region. As government officials and experts forecast a long campaign against ISIS, an arms bazaar like IDEX will continue to remain an essential stop for defense leaders and firms. 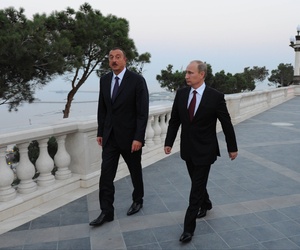 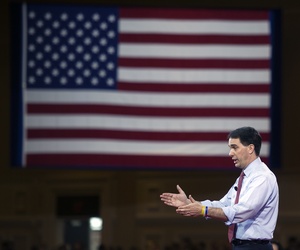 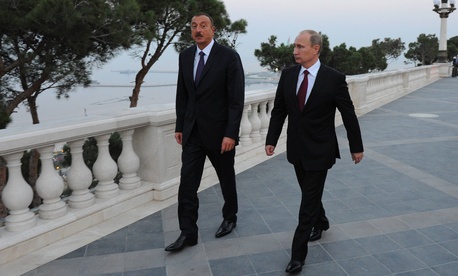 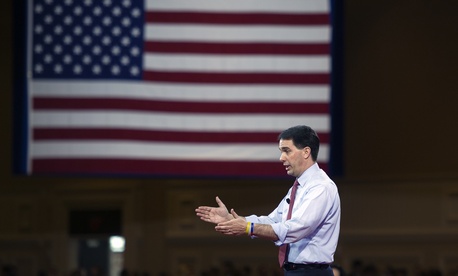