A rising drumbeat of remarks from Pentagon officials suggest they’re worried about, and preparing for, warfare in orbit.

This week, thousands of space industry types from around the world are gathered in a resort in Colorado Springs, Colorado, for the the Space Symposium, a major annual conference. Attendees spend three days hearing from dozens of professionals in the commercial, civilian, and military space sectors, as well as leaders of space agencies from 15 countries. On Monday, some spent the day tweeting pictures of themselves grinning from inside a mockup of a Blue Origin crew capsule, which stood outside the hotel along with the company’s New Shepard rocket.

On Tuesday, another set of tweets revealed a more serious side of the Space Symposium. Major General David Thompson, the vice commander of the U.S. Air Force Space Command, addressed a group of participants in a small ballroom:

In no uncertain terms, space is a war fighting domain, not because we want it to be but because adversaries are threatening peaceful use

“Our strategic competitors are actively threatening our space capabilities and we must be ready,” Thompson told the room, according to another tweet.

Like others working in the U.S. military space sector, it’s Thompson’s job to be wary of actions by other spacefaring nations, and to remind the public of the country’s readiness in the face of a potential attack. Thompson’s comments may seem particularly ominous to a public for whom star wars are machinations of George Lucas, not Vladimir Putin. But his remarks are part of a recent shift in rhetoric among current and former U.S. military leaders that suggests they are increasingly concerned—or just want the public to be increasingly concerned—about threats from other space-faring nations.

At the same conference, Mike Rogers, a Republican congressman from Michigan, said the U.S. Air Force should create a specialized, independent group to handle military operations in orbit. “We have to acknowledge that the national-security space structure is broken,” he said.

Last week, Navy Vice Admiral Charles Richard, the deputy commander of U.S. Strategic Command, said during a conference in Washington, D.C., that “while we’re not at war in space, I don’t think we can say we’re exactly at peace, either.”

“Major power competition is back on the table in a way that we have not seen in the world for perhaps 15 or 20 years,” he said.

Also last week, Air Force General William Shelton, now retired and a former commander of the U.S. Air Force Space Command, said in his written testimony to the House Armed Services Subcommittee on Strategic Forces that “the environment of space has fundamentally shifted from the ethereal sanctuary of the past to the increasingly crowded and contested environment of today.”

“Not surprisingly, nations are now actively testing methods to deny us continued use of space services during conflict,” Shelton said.

And earlier in March, General David Goldfein, the chief of staff of the U.S. Air Force, told The Washington Post in an interview that the military branch wants to maintain ensure “space superiority,” which he defined as “freedom from attack and freedom to maneuver.”

Before the Outer Space Treaty banned the placement of weapons of mass destruction in Earth’s orbit in 1967, the U.S. was testing nuclear weapons in space and the Soviet Union was trying out self-detonating spacecraft designed to target American spy satellites. Today, low-Earth orbit is a comparatively peaceful place, but there’s little stopping spacefaring nations from changing that. No comprehensive treaty on the use of space weapons exists, nor have world powers or proposed accords agreed on what, exactly, a space weapon is. Russia and China, have proposed a treaty to ban space weapons, but the U.S. has rejected it. The U.S. wants to use a set of norms created by the European Union to govern weapons in space, but Russia and China don’t. The resistance comes from each country’s desire to keep their competitors in line while also retaining the freedom to do whatever they want.

If war breaks out, it will be fought amongst the hundreds of communications, weather, navigation, and reconnaissance satellites circling Earth. Satellites can be destroyed by ground-based missiles, disabled by lasers, hacked by actors on Earth to knock out transmissions, or stalked and beaten up by spacecraft designed to hunt enemy hardware. There are currently about 1,400 operational satellites orbiting the planet at various altitudes, according to a database maintained by the Union of Concerned Scientists, an American nonprofit group. The U.S. dominates the field with nearly 576 satellites, compared to Russia’s 140 and China’s 181. The U.S. has an edge, but having more assets can mean more vulnerabilities.

In 1985, the U.S. became the first to destroy a satellite in orbit when it launched a missile from a fighter jet into one of its science satellites. China conducted a similar test with a weather satellite in 2007, with disastrous results. The collision generated thousands of pieces of debris in Earth’s orbit. In 2008, the U.S., shot down a military satellite as it fell back to the Earth. In 2015, Russian carried out its own anti-satellite test, joining the exclusive club of nations with the capability to blow up their own technology thousands of miles above the Earth.

U.S. officials say Russia and China have continued to test their anti-satellite capabilities. No tests have led to the kind of dangerous situation as China’s test produced in 2007, but that is little comfort to the space-security community. Shelton, the former head of the U.S. Air Force Space Command, lamented in his congressional testimony that the U.S. hasn’t done enough to defend its space systems in the last decade. 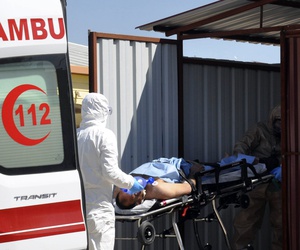 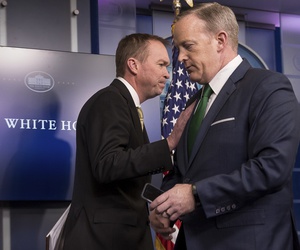 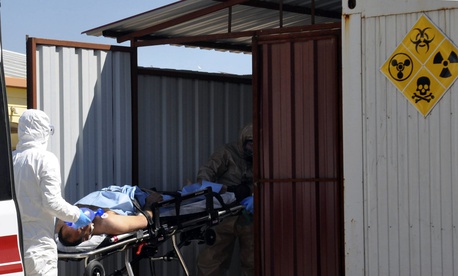 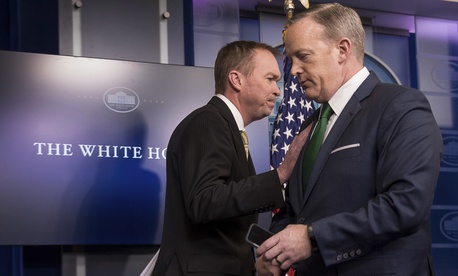