NEC Corp.'s machine with propellers hovers at the company's facility in Abiko near Tokyo, Monday, Aug. 5, 2019. The Japanese electronics maker showed a "flying car," a large drone-like machine with four propellers that hovered steadily for about a minute.

If you thought that flying cars were just for Marty McFly or maybe Rick Deckard, the U.S. Air Force has some good news for you. This fall, service officials will kick off Agility Prime, an effort to harness the commercial world’s work on flying cars and, eventually, replace the V-22 Osprey.

Will Roper, the service’s assistant secretary for acquisition, described the program at the Air Force Association’s Air, Space & Cyber conference on Tuesday as “a low-hanging opportunity” to “look into where commercial innovation is going in flying cars.”

Roper said he asked a team at the Air Force Research Lab “to come back with an acquisition strategy that has a variety of different options to pursue — a competition, a challenge, I think, is a very compelling option. We’ve been socializing the idea over at the White House and inside the Department.”

It’s not the first time that the U.S. military has flirted with the idea. In 2016, various special operations units, or SOF, were having similar conversations about a similar technology. “We’ve had several meetings with different SOF offices, with discussions ranging from manned to unmanned platform requirements, with both open and classified meetings,” Mark Moore, a former NASA engineer who now runs aviation engineering for Uber, the ride-hailing company, told Defense One at the time. He was pushing “an ultra-low noise insertion signature and increased surveillance capabilities,” in a sense, a super silent flying car to quietly place Special Operations Forces behind enemy lines.

But nothing came of the effort. “We haven’t yet convinced the SOF community that distributed insertion makes sense because they don’t trust the dependence on autonomy which a 1- to 2-person [vertical takeoff and lift] vehicle requires. They like to be able to touch the backs of their teammates, know exactly where they are, and insert as a unit for full force effect,” Moore said at the time.

Roper hopes the Agility Prime program will be a pathfinder for outreach to commercial innovators. “I view it as a technology opportunity for programs pushing technology to not just go traditionally from requirement to the end state…We owe it to [warfighters] to close the loop and to bring back opportunities. In the case of this Agility Prime program, we went back to [Air Force Special Operations Command] and said, ‘We can also look more broadly at where commercial innovation is going in flying cars and see what’s possible.’ It may not be able to do the full mission of the Osprey but it has a lot of compelling options, especially in logistics.”

When asked if the final product would resemble a flying car, he said, “The task I gave the team was to prepare a series of challenges from things that would involve smaller vehicles, maybe moving a couple of special aviators around, to things involving smaller logistics sets, ammo, meals, that kind of thing, out of harm’s way, up to moving heavy logistics, like weapons to reload on an aircraft, all the way to a bigger system.”

The program aligns with a major priority for Roper: attracting commercial investment in dual-use technology.

“Every flight hour we are flying in the Air Force is worth is worth millions, if not billions, to those private companies that are wanting to take over this domestic urban mobility boom that’s been predicted. It’s a wonderful way to think about using the defense market as a partnership opportunity.” 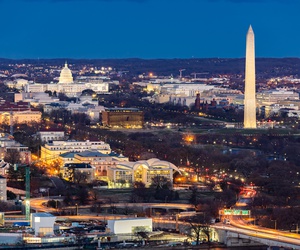 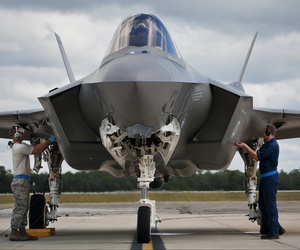 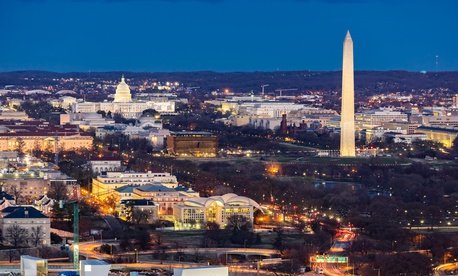 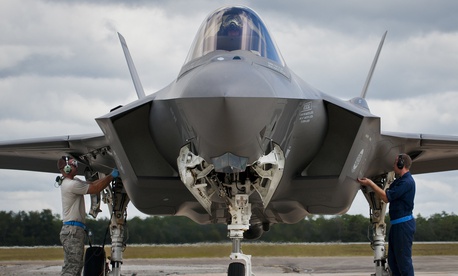