Inside the Disaster Zone
Skip to Content
Get all our news and commentary in your inbox at 6 a.m. ET.
Threats
Sending Weapons to Ukraine Won’t Help

Ukraine needs help, but the kind of help it needs cannot be reduced to shipments of military hardware. By Eugene Rumer 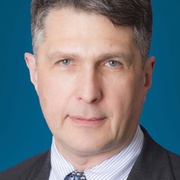 The idea of sending weapons to Ukraine is getting a new lease on life after the May 25 presidential election. On the surface, it makes sense as a deterrent to Russia, whose army has reportedly pulled back from the border with Ukraine but continues to threaten it, as well as a signal to Putin that the United States stands by the new democratically elected President Petro Poroshenko and his team. In reality, it would be at best a symbolic gesture unlikely to mislead anyone into thinking that the U.S. was committed to defend Ukraine. At worst, it could exacerbate the violence in Eastern Ukraine where many lives have already been lost, and where the problem is not the lack of but the abundance of weapons.

Ukraine, unlike many other successor states of the Soviet Union, inherited a large and sophisticated defense industry when the USSR fell apart. It exports $1.3 billion worth of arms annually and according to the Stockholm International Peace Research Institute was the ninth largest arms exporter in the world between 2008 and 2012. It is famous for its Antonov cargo aircraft, it manufactures helicopter engines, and it is home to the Yuzhmash (Southern Machine-Building Works) factory that had built many Soviet intercontinental ballistic missiles, including the most powerful missile in the world -- SS-18, code-named Satan, still in service in Russia. Other Ukrainian defense industry products include tanks, surface-to-air and air-to-air missiles and naval weapons.

This defense-industrial legacy is one of Ukraine’s biggest challenges today. It is concentrated in the country’s east and south, and is heavily dependent on the Russian market. Neither Ukraine’s own armed forces, nor the export market can sustain the industry created and nurtured to supply the Soviet military machine.

The capabilities of Ukrainian defense industry are hardly a secret. The website of Ukroboronservice -- a subsidiary of the state-owned arms export company Ukrspetsexport -- offers prospective buyers a wide variety of weapons. These include the long-range guided anti-tank missile Baryer, the portable light anti-tank missile Corsar, the precision-guided anti-tank missile Stugna, and many others. The anti-aircraft offerings include man-portable surface-to-air missiles, as well as various mobile, long-and short-range air defense systems. As to small arms, Ukraine was the largest small arms exporter to the United States in 2012 (the latest data available). Ukrainian arms reportedly also have found their way to both sides of the Syrian conflict.

The military in Ukraine has suffered from the same neglect and mismanagement as the rest of the country. Ukrainian military personnel have taken part in coalition operations in the Balkans and in Iraq and Afghanistan. Ukrainian officers have attended professional military educational institutions in the United States and other NATO countries. Over the years, in meetings with Ukrainian officers, I have seen the beneficial impact on them from this experience. But the fact remains that the military, like many other Ukrainian institutions, has suffered at the hands of a crony capitalist state dominated by a corrupt elite with little interest in state- or nation-building, but plenty of interest in enriching itself.

Ukraine needs help, but the kind of help it needs cannot be reduced to shipments of military hardware. It needs to reform its armed forces and its law enforcement. The conflict with Russia remains a threat, but the bigger and immediate threat is the proliferation of militias, gangs and separatists in eastern Ukraine, where effective action by a competent police force loyal to the state and the nation could have prevented the tragedy that is unfolding there now. Many law enforcement personnel were cashiered en masse following the revolution. That has created a security vacuum and, one suspects, provided plenty of able recruits to help fill the separatists’ ranks.  It will take years, possibly even decades, for Ukraine to rebuild its military and police. In the absence of real security reforms, no amount of U.S. or other well-meaning nation’s weaponry will make Ukraine safe from Russia or from itself.

Eugene Rumer is a senior associate and the director of the Carnegie Endowment for International Peace’s Russia and Eurasia Program.

NEXT STORY: How Obama Thinks About Counterterrorism