Perspecta's View: Six Steps for DES to Capture Innovation
Skip to Content
Get all our news and commentary in your inbox at 6 a.m. ET.
Threats
US, Iraq Forces Working To Protect Ramadi, Dempsey Says 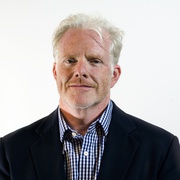 "The objective there is to restore a political process there in which a legitimate government can be established in Yemen and things can settle down there,” Carter said. "That's good for the people of Yemen, first and foremost; it's good for Saudi Arabia that doesn't need this on its Southern border; and… it's good for us, among other reasons, because of AQAP's presence in Yemen.”

NEXT STORY: New Nigerian President Buhari Has a New Plan for Taking on Boko Haram