A rendering of a 200 kt nuclear missile strike on Hawaii, courtesy of the Nukemap tool.

A blast over Honolulu would be catastrophic. That doesn’t mean the government shouldn’t help the public prepare for one.

Minutes after the people of Hawaii received an emergency alert on their phones last week, they began calling loved ones to issue tearful goodbyes and putting their children in storm drains . This tells you that the government has a long way to go to better educate people about the realities of nuclear attack.

Hawaii, for all its beauty, is a relatively poor location to experience a nuclear strike. Its isolation offers little chance for swift evacuation and would likely complicate government efforts to provide medicine and food relief. Its prevailing high winds could have an unpredictable effect on the dispersal of radiation. Yet there is much that government officials could do that might reduce panic before a strike and hardship afterwards.

First, how big of a warhead would it be? Jeffrey Lewis , Middlebury professor and noted arms control watcher, says the North Koreans would probably use the largest warhead that they’ve tested, “which exploded with a force equivalent to a few hundred kilotons of TNT. Basically an order of magnitude bigger than the bombs dropped on Hiroshima and Nagasaki.”

Last year, North Korea demonstrated a weapon whose yield was roughly estimated at 200 kilotons, and a missile with enough range to fly the 7,350 miles from Pyongyang to Honolulu.

Plug those variables into Nukemap , a tool from Alex Wellerstein for approximating the devastation of nuclear events, and a terrible picture emerges: such a strike would kill nearly 158,000 people and injure 173,000 more.

A screenshot from the Nukemap tool showing the potential blast and burn radius from a 200 kt nuclear strike on Honolulu, Hawaii.

These calculations assume a Hiroshima-style blast that occurs some 2,000 feet above the surface, which would increase the amount of pressure and immediate explosive destruction but would also limit fallout. Other factors could intensify the effects. “The mountains will reflect the blast back onto the target. Most homes in Honolulu are wood-frame construction, so there is a significant chance of a firestorm following the blast which was what really devastated Hiroshima, much more so than the blast,” said Lewis.

The question then becomes: what’s the best way to prepare? Seeking shelter is a good start, says Timothy J. Jorgensen, who leads the Health Physics and Radiation Protection Program at Georgetown University. But unless you have something like an underground, air-filtered bomb shelter, your leading concern might be staying someplace where you have access to food or water. You will likely be there for an extended period of time. “The fallout can be worse in terms radioactive exposure than the blast itself because it can come from hundreds of miles away,” Jorgensen said.

The primary fallout radioisotopes would be iodine-131, followed by cesium-137. Radioactive iodine can cause thyroid cancer, especially in children. But it has a short half-life, just a few days. “Wait a few weeks, and it’s all gone,” says Jorgensen. And be prepared to wait it out entirely indoors. In this sense, the emergency alert sent out by the local Hawaiian government, which advised people to seek “immediate” shelter, offered potentially very bad advice. Depending on your location and your proximity to a major target like Pearl Harbor, it may make more sense to take shelter where you might be confined for a few days or longer.

A nuclear blast would all but certainly contaminate local food and water sources. This would present a particular hardship for Hawaii, given its isolation. Still, the danger would wane after six to eight weeks for most food and slightly longer for milk. (Fallout can contaminate large areas of grazing pasture and then concentrate in the milk of the cows that ingest it.)

Here’s where the specifics of the detonation make the most difference. If the bomb explodes at an altitude similar to that of the Hiroshima attack, the fallout will be limited. If detonation occurs at the surface, the fallout for the surrounding area will be far greater, Jorgensen said.

“Not only will people be sheltering in place, it will be nearly impossible to get rescue workers in there for a couple of days. That’s a huge problem. First responders all have survey meters to check the dosage as they go in, and if it’s above a certain level, they just don’t go any further,” he said.

Jorgensen disagrees. “I would imagine that North Korea is not worried about detonating at altitude, which was a huge endeavor [when the United States achieved it in WWII ] involving barometric switches,” he says, which we don’t know if the North Koreans have, or would use.

If you’re in government, you may be tempted to call for an evacuation of people in areas where elevated radiation is present. Jorgensen cautions that while that may seem like a good way to reassure the public, it can cause more harm than good. Once public health officials push the evacuation button, it can be nearly impossible to unpress it and convince people that it’s safe to return to their homes, especially if radiation levels are still high, regardless of whether or not those elevated levels are actually safe, something that the government of Japan is currently wrestling with.

“The limit for additional radiation above background was one millisieverts per year,” says Jorgensen. “They realized that they could not use that as the standard for moving back and

Now they’re talking about 20 millisieverts as the standard. That’s 20 fold higher. People are saying, ‘Well, before you told us one millisieverts was the safe level!’”

One of the most important lessons from last week’s false alarm is this: “Civil defense will only make a difference for a small number of people at the margin. But you might be one of those people!” says Lewis. “And so I would recommend being prepared in the same way that one prepares for other natural disasters — you should shelter much as you would in a tornado or hurricane; you should have water and food much as you do for an earthquake. But we need to keep in mind that the most important thing is not to have a nuclear war in the first place.” 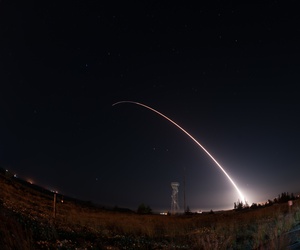 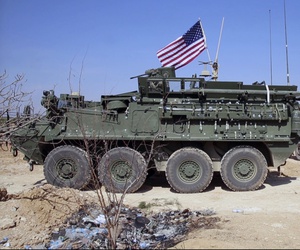 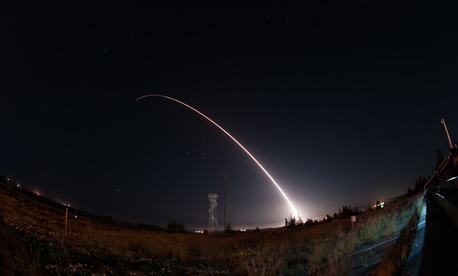 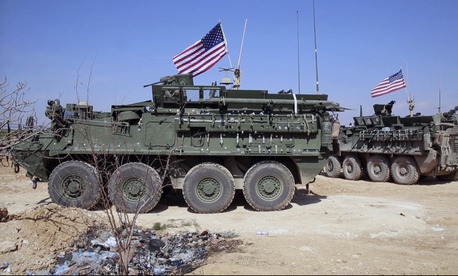