Defense Secretary Mark Esper speaks during a briefing at the Pentagon in Washington, Monday, March 2, 2020.

Most of the military installations in the Washington, D.C., area have already been designated HPCON-C, the second-highest level, to protect personnel from the coronavirus.

Defense Secretary Mark Esper on Monday upgraded the Pentagon’s health protection level to indicate substantial risk and sustained community transmission of the coronavirus, a move that places even stricter restrictions on Pentagon access.

The decision was previously reported by Defense One.

Most of the military installations in the Washington, D.C., area have already been designated HPCON-C, the Pentagon’s second-highest level. HPCON-C coincides with the Center for Disease Control and Prevention’s Level 3 warnings of sustained community transmission. The highest, HPCON-D, indicates severe risk and widespread community transmission.

Although the Pentagon has already sought to minimize staffing of the building, moving many employees to telework and practicing social distancing even in senior-level meetings, a move to HPCON-C further lock downs access to the building to non-essential personnel. Officials could also institute some medical screening practices, such as taking temperatures of employees before they enter, according to Esper.

“There is no intent whatsoever to limit the access to the press and we want to keep the building open for essential personnel and the media,” he said.

The decision to upgrade the Pentagon’s health-protection level comes just days after the Defense Department reported its first death from COVID-19, the disease caused by the novel coronavirus — and as President Trump has begun to publicly hint that he would move soon to loosen federal guidance keeping Americans in their homes and away from their jobs.

“WE CANNOT LET THE CURE BE WORSE THAN THE PROBLEM ITSELF. AT THE END OF THE 15 DAY PERIOD, WE WILL MAKE A DECISION AS TO WHICH WAY WE WANT TO GO!” he tweeted Monday morning.

Two people who have tested positive for COVID-19 are connected to the Pentagon. A Defense Department contractor who works in the Pentagon has been at home isolating since Mar. 7 and has not been in the building since Mar. 2. Separately, an Air Force service member visited the Pentagon for less than an hour on Mar. 16. Both are in isolation and receiving treatment. 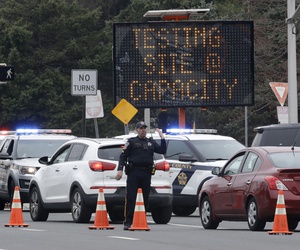 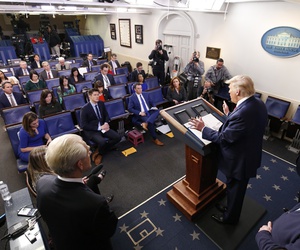 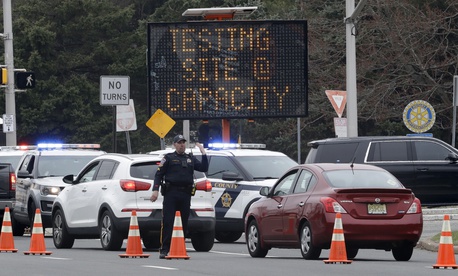 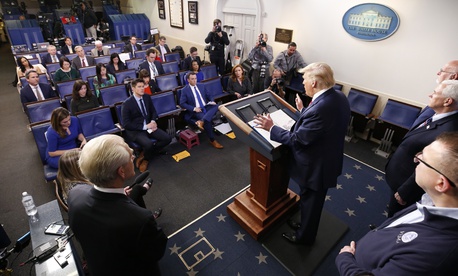