United Arab Emirates F-16 fighters at a Red Flag exercise in the U.S.

The sharp decline in crude oil prices over the past five months could end up saving the Pentagon billions of dollars in the coming years, freeing up the money for weapon purchases and improving military readiness, some experts say.

Since June, the price of crude oil per barrel is down more than 40 percent.

But while these low prices could be seen as a positive at the Defense Department, they could hurt U.S. weapon sales to oil-rich Middle Eastern countries, which have been the prime target of American defense companies looking to make up for a decline in Pentagon sales. It is also possible the drop in oil prices trigger further instability in the volatile region, leading to more American forces deploying there.

“If internal turmoil increases in oil producing states, it could place further demands on the U.S. budget,” Byron Callan, an analyst Capital Alpha Partners, said in a recent note to investors.

“Iraq’s government expenditures are being clipped by lower oil and that bears directly on its ability to contain and roll-back ISIL,” Callan wrote, referring to the Islamic State militant group that has been carrying out attacks throughout Iraq and Syria.

The drop in oil prices could alter defense procurement plans across the Middle East, where companies like General Dynamics, Raytheon, Lockheed Martin and Boeing are all trying to sell weapons, including armored vehicles, missile defense systems and fighter jets, Callan noted.

Saudi Arabia, United Arab Emirates, Kuwait, Qatar and Jordan have all been increasing defense spending in recent years. In 2015 alone, these countries are expected to collectively spend more than $95 billion, according to data compiled by Avascent Analytics, a Washington-based consulting firm that tracks global defense spending.

It is particularly difficult to track Middle East defense spending since countries do not publically disclose federal budgets.

In 2015, the Pentagon has budgeted $13.6 billion for fuel, according to the Defense Logistics Agency (DLA), the arm of DOD the purchases energy for the military services. The agency plans to spend an average of $134 per barrel over the next five years.

“DLA Energy awards fixed-price contracts with economic price adjustments tied to petroleum market prices,” Irene Smith, a spokeswoman for the agency, said in an email. “As a result, when the market price of fuel drops, DLA Energy receives the benefit of downward market fluctuations as the contract price DLA pays its suppliers is based on market prices.”

But the way the Pentagon buys fuel could result in no money getting freed up, despite the steep drop in price. This is because the military services are insulated from fuel price fluctuation since DLA sells them fuel at set price that does not change.

DOD rarely raises or lowers the preset fuel price it charges the services in the middle of the year, said Todd Harrison, an analyst with the Center for Strategic and Budgetary Assessments.

“Some years [DLA] will set the price a little too high, some years they set it a little too low, and over time it works itself out,” Harrison said. “It basically smoothes out the cost fluctuation for the services.”

The current drop in price creates a surplus, which could be used to offset prices should oil climb above the price set by DLA. If oil costs stay low, DLA would likely lower the price it sells the fuel to the services.

Whether or not DOD sees any real savings depends on how long fuel prices stay down, experts say.

With oil now down to about $60 per barrel, some analysts believe DOD could save big money in the short term that it could realign into parts of the defense budget, including new weapons and training.

“There’s a window of opportunity here fiscally,” said Gordon Adams, an analyst with the Stimson Center who oversaw the Pentagon’s budget at the White House Office of Management and Budget during the Clinton administration.

Since oil prices often fluctuate, DOD is not in uncharted territory. At times, the Pentagon has found itself on the short and high sides of the price curve, Adams noted.

“It could be a short-term windfall, but it’s definitely a fiscal windfall,” he said.

Money for fuel resides in the Pentagon’s operations and maintenance budget accounts, meaning DOD could easily realign the money for other priorities, such as training, salaries and education, Adams said.

“There’s a lot of flexibility in the [operations and maintenance] arena,” Adams said. “This gives them even greater flexibility.”

Almost three months into fiscal year 2015, Harrison said he does not believe DLA will change its rate mid year, instead opting to hold on to money it saves thanks to the lower cost of oil as a “rainy day fund” should it under project in the future.

Congress or the defense secretary could ultimately force DLA to lower its rate, but that is also unlikely, Harrison said.

“You could cut the rate and free up a few billion, but it’s not going to balance the budget,” he said. But, “it’s still real money. 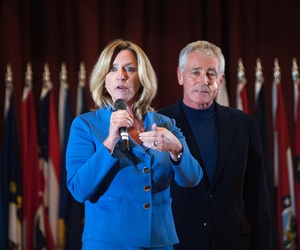 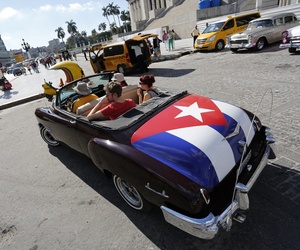 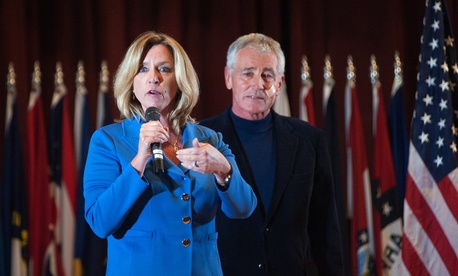 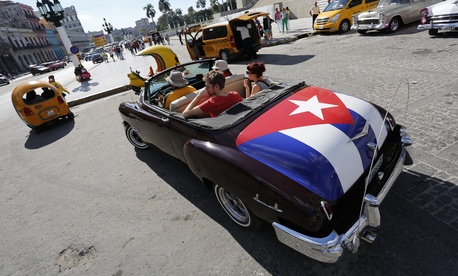