Kristoffer Tripplaar for Defense One

Secretary of Homeland Security Jeh Johnson speaks at a Defense One "leadership briefing" in Washington, Monday, Dec. 7, 2015, on the agency's efforts to tackle growing terrorism threats in the U.S. and abroad.

The new system would augment the current terrorism threat systems, called the National Threat Advisory System, an alert system that has never been used because it is activated only when there is a credible threat to the U.S.

“I believe in this environment we need to get beyond that and go to new system that has an intermediate level to it,” Johnson said at a Defense One Live event.  The new system will reflect “the current environment and the current realities.”

The change comes just days after a 14 were killed two in San Bernardino, California, by Syed Farook and Tashfeen Malik. Malik pledged her allegiance to the Islamic State terrorist group in a Facebook post prior to the shooting. It also comes less than a month after a group of ISIS militants killed 130 in a multiple attacks across Paris.

The Obama administration did away with a color-coded terrorism threat-level system put in place by the Bush administration following the Sept. 11, 2001, al-Qaeda attack on New York and Washington.

The current National Threat Advisory System has a “pretty high bar” before it gets activated, he said. Johnson said the new alert systems, which he is hoping to formally announce “in the coming days,” would remove “some of the mystery” of the global terrorist threat.

Since the Paris attack, the U.S. has been in a “heightened security posture.” While there is no specific threat of a terrorist attack on the U.S., officials are concerned about “copycat acts” and “terrorist-inspired acts by a lone wolf,” an attack that is nearly impossible to predict because an individual shows no warning signs of being radicalized. 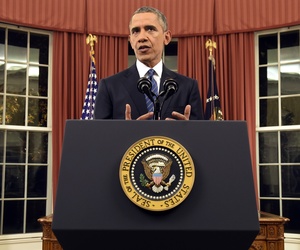 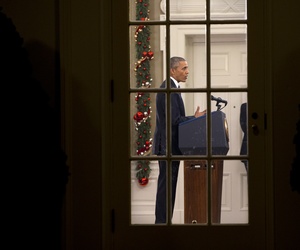 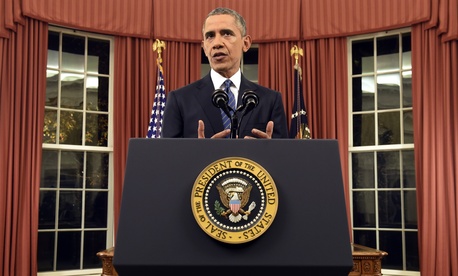 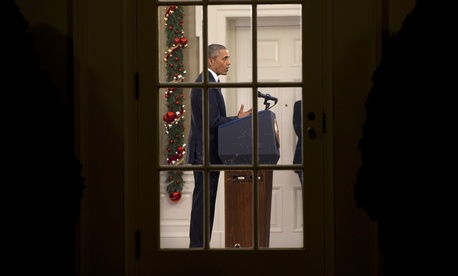