At the 2016 Farnborough Air Show, Sikorsky showed off a new upgrade to its popular Black Hawk helicopter with side weapons pylons and a chin sensor turret.

With innovation a new strategic imperative, aircraft builders are making it easier for planes to accept hardware and software improvements.

FARNBOROUGH, England — Pentagon leaders have long lamented insurgents’ ability to produce new weapons and tactics faster than the U.S. military could react. Now defense firms are responding with aircraft designed to evolve as quickly as the modern battlefield.

Take the the SPYDR, built by L-3 Communications. Based on the Beechcraft King Air, it resembles the C-12 intelligence plane, with ridged antennas and bulbous domes protruding from its body and wings. But while the Army and Air Force C-12s are generally built to collect specific types of intelligence and cannot be easily reconfigured, the SPYDR is designed to easily accept different types of cameras, antennas and radars — whatever the day’s mission requires. In theory, it could fly a signals intelligence mission to intercept enemy communications, land, have a radar bolted onto its belly, and then head off on a search-and-track mission.

“We can modify it based on what the customer wants,” said Craig Koziol, L-3’s vice president of ISR Systems. “It’s like buying a car with different options.”

The SPYDR is also designed to be part of a network; intelligence analysts on the ground (or in the plane) can remotely control its onboard sensors. And while the plane doesn’t carry any weapons yet, that’s in the works, L-3 employees said.

Meanwhile, weapons are the main focus of a new upgrade for the Black Hawk helicopter. At Farnborough, Sikorsky showed off a black-painted aircraft with rockets, guns, and Hellfire missiles mounted on side pylons and an intelligence camera on the tip of its nose. It takes about an hour and a half to install or take off the pylons, a Lockheed spokesman said.

Militaries use the Black Hawk to move troops and supplies around the battlefield and medevac soldiers injured in combat. The upgrades will allow the helicopter to also fly close air support for ground troops and assault missions, said Lorraine Martin, deputy executive vice president of Lockheed’s mission systems and training business.

While some countries already fly armed Black Hawks, this marks the first time it’s being offered as a factory option, built at a 1,500-worker Sikorsky plant in Poland. Lockheed Martin, Sikorsky’s parent company, is looking to market the armed chopper to cash-strapped countries that might not be able to afford different fleets of helicopters.

“There are a lot of nations around the world that would love to be able to use the tried-and-true Blackhawk, which has so much history and maturity behind it, but they can’t afford to have three or four different kind of helicopter types,” Martin said. “They want to be able to do multimission in a single helicopter and this armed Blackhawk gives them the opportunity to do that.”

These are hardly the only aircraft being built for flexibility. The Air Force has said its secret new B-21 stealth bomber, to be built by Northrop Grumman, will be built with an open-architecture computer system that will be designed to accept upgrades easily and far more quickly than possible with today’s bombers, which can require years to add new weapons or sensors..

In an interview, Leanne Caret, president and chief executive of Boeing Defense, Space & Security, spoke broadly about how you build an aircraft to evolve.

Secretary Carter has declared quick innovation to be a strategic imperative for the Pentagon — indeed, the only way the U.S. can retain its military superiority over enemies. Earlier this year, he shocked many within the defense community when he revealed the Navy’s Standard Missile-6 could sink ships. Built by Raytheon to shoot down planes and ballistic rockets, the missile became able to take on a whole new mission through a secret modification conceived by engineers in the Pentagon’s Strategic Capabilities Office.

The office’s goal is to modify existing weapons, giving them new capabilities, and reveal just enough to keep the enemy guessing — a delicate dance that SCO director Will Roper calls a “multi-variant calculus.”

Now the Navy has a missile that can handle offensive and defensive tasks — and that means packing more capability into a warship’s limited number of launch tubes, said Mitch Stevison, Raytheon’s vice president of air and missile defense systems.

The missile gives “the Navy that kind of flexibility in a much more rapid timeframe than would normally have happened through the normal evolution of our acquisition system, which can at times be very slow,” Stevison said. 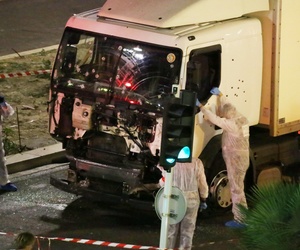 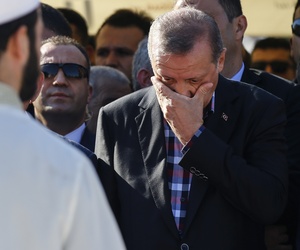 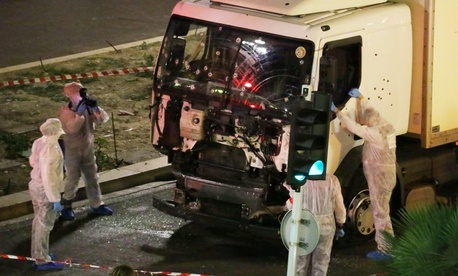 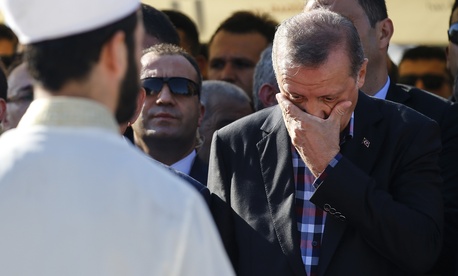