His comments come as his company fights to wrest DOD’s giant cloud contract from Microsoft.

SIMI VALLEY, California — Silicon Valley firms shouldn’t be reluctant to do work for the military, said the founder and CEO of Amazon, which is currently mounting a rear-guard campaign to win a giant Pentagon cloud-contract award.

“One of the things that’s happening inside of technology companies is there are groups of employees who, for example, think technology companies should not work with the Department of Defense,” Jeff Bezos said Saturday at the Reagan National Defense Forum. “People are entitled to their opinions, but it is the job of a senior leadership team to say no,” he said.

“My view is, if big tech is going to turn their back on the Department of Defense, this country is in trouble,” he said. ”That just can’t happen.”

Bezos was alluding to Google employees who persuaded the company to stop supplying the military with algorithms to identify objects in battlefield drone. But he was also praising a big customer who may yet become a very big customer: the Department of Defense. Amazon has been selling its cloud services to the CIA, the Army, and the Homeland Security Department. The billionaire’s rocket company, Blue Origin, is vying for Air Force space launch contracts. And in October, it lost its biggest would-be contract — the $10 billion JEDI program — to Microsoft. Amazon is protesting, alleging improper involvement by President Trump.

“I know it’s complicated but … do you want a strong national defense or don’t you? I think you do. So we have to support that,” he said. “We are the good guys, I really do believe that.”

It’s hardly the first time the billionaire has weighed in on the debate in the commercial sector about working with the military. In October 2018, he used almost the same line at the WIRED25 conference: “If big tech companies are going to turn their back on the DOD, then this country is going to be in trouble.” And as The Atlantic’s Franklin Foer wrote earlier this year, “Other Big Tech companies have fretted about the morality of becoming entangled with the national-security state. But Bezos has never expressed such reservations. His grandfather developed missile-defense systems for the Pentagon and supervised nuclear labs.”

Bezos is hardly alone in his criticism of Silicon Valley, which the Defense Department has been wooing as it looks for a technological leg up over China and Russia.

“I’m frankly alarmed when I see some companies to whom much is given not want to work with the U.S. government,” General Dynamics CEO Phebe Novakovic said in June. “Who do they think provides them this freedom? Where do they think the platform for their technology [and] innovation comes from the security and stability of this nation. So, I find as an American, that troubling.”

Former Deputy Defense Secretary Robert Work said lives would be put at risk by a 2018 Google decision to withdraw from the Pentagon’s Project Maven effort to automate intelligence analysis and processing. 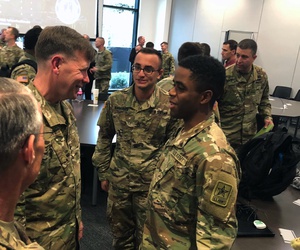 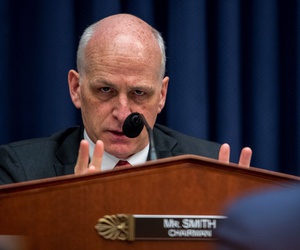 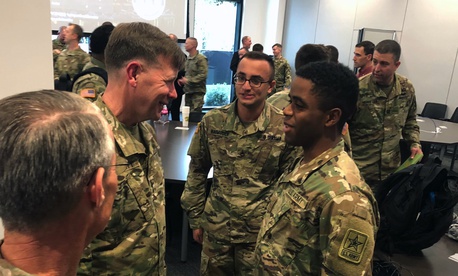 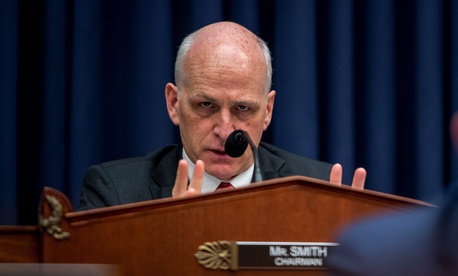