A Northrop Grumman illustration is the only publicly available imagery of the new bomber. Information about its price tag is even scantier.

Revealing how much the Air Force’s B-21 is costing won’t help America’s enemies — but will make oversight possible.

The B-21 Raider — the U.S. Air Force’s next nuclear-capable bomber — is being designed to evade enemy air defenses for decades to come. But there’s one thing the program is evading right now: the scrutiny of the American taxpayer and many of their elected representatives.

Citing the need to protect national security, the Air Force has kept secret the value of its 2015 contract award to Northrop Grumman Corp. to continue developing the bomber as well as the estimated total program acquisition and sustainment costs.

As lawmakers in the House and Senate continue to write and debate the fiscal year 2019 National Defense Authorization Act this week, they should support efforts to force the public disclosure of the contract and other program cost data.

Doing so won’t give U.S. adversaries a leg up. Fear of a “sticker shock” backlash or embarrassing cost overruns are not legitimate reasons to keep taxpayers in the dark about the price tag of one of the Pentagon’s largest and most important programs.

The Air Force is developing the B-21 to replace the aging B-1 and B-2 bombers. The current plan is to procure at least 100 new bombers that would begin to enter service in the mid- to late-2020s, with its nuclear weapons delivery capability to be certified two years after initial operating capability. Last October, the Congressional Budget Office projected the total program acquisition cost (development and procurement) at $97 billion in 2017 dollars.

According to Senate Armed Services Committee Chairman John McCain, R-Ariz., releasing the value of the contract award would not reveal anything about the B-21’s capabilities that couldn’t be gleaned from the information that has already been released.

The Pentagon has already released substantial information to help solidify political support for the program, but not the essential budget details that would hold the department’s feet to the fire on program outcomes.

In addition, while the B-21 is deemed a special access program the specific details of which are only available to a small number of lawmakers and their staff, it is an acknowledged program with an unclassified budget request. The Air Force has divulged the contract value and total costs of other such programs, such as the service’s new nuclear air-launched cruise missile program, known as the LRSO.

The case for greater public disclosure of B-21 costs is strengthened by the fact that Northrop Grumman’s winning contract bid was lower than the Pentagon’s estimate, raising concerns that it was unrealistic. It would not be the first time that a contractor has underbid to win a contract, only to ask for more money after they won.

Moreover, the Defense Department has a long history of underestimating how much its major aircraft acquisition programs will cost. In the 1980s, the B-2 bomber program overran its cost so badly that a mere 20 aircraft emerged from a $40 billion program intended to buy 135 to 150 aircraft. The service also deeply underestimated the unit cost of the F-22 and F-35 aircraft.

This troubled past reinforces the need for greater oversight of key program benchmarks such as price. Divulging the value of the B-21 contract would shed greater light on whether the contract can be executed at the bid price and make it harder to avoid accountability in the event of future cost overruns.

In recent years, some members of Congress, led by Sen. McCain, have pursued legislation to bring greater transparency to and control the cost of the B-21 program. These efforts ultimately failed in the face of strong opposition by the contractor, Air Force leaders, and their supporters.

But the fight goes on. Reps. Ralph Norman, R-S.C., and Earl Blumenauer, D-Ore., have filed a bipartisan amendment to the 2019 defense authorization act that would require public disclosure of the value of the B-21 contract. The amendment could be debated and voted on later this week.

Safeguarding U.S. military technology is a national security imperative. So too is accountability to Congress and the American taxpayer. Declassifying the cost of the B-21 won’t undermine U.S. security. But it would help to ensure more effective oversight of a program on which so much is riding. 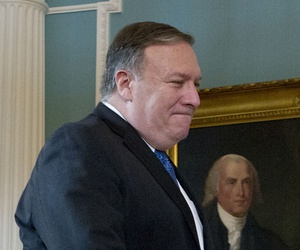 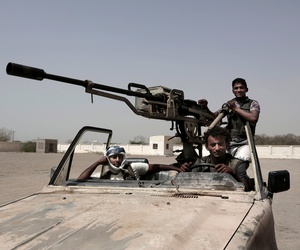 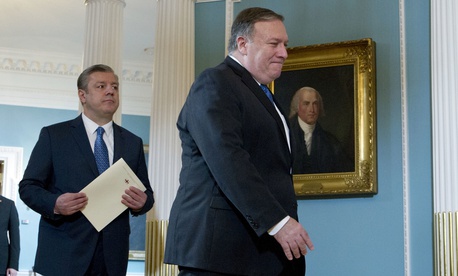 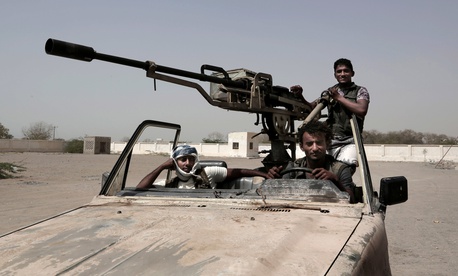