From the strategic and diplomatic realms to the budgetary and tactical levels, Trump’s decision makes no sense.

Donald Trump announced at a campaign rally on Saturday that he will walk away from the Intermediate-range Nuclear Forces (INF) Treaty, a move that his National Security Adviser, John Bolton, has long endorsed. The reasons given for withdrawal are Russia’s deployment of a prohibited ground-based cruise missile and China’s stockpile of INF-range missiles.

There are effective treaty-compliant counters to the Russian violation by means of air-delivered and sea-based capabilities that the Pentagon is already pursuing. The White House could also push Vladimir Putin to return to treaty compliance by linking American restraint on deploying more missile defenses in Europe to the removal of Russia’s noncompliant missiles. But neither Trump nor Bolton has demonstrated a fondness for diplomacy or an interest in reaffirming the INF Treaty. This move is about freedom of U.S. action and a deep, abiding distrust of treaties.

Trump’s withdrawal from the INF Treaty fits into an “America First” strategy that undermines diplomatic ties. That’s the take-away by U.S. friends and allies — along with a foreboding sense of an intensified nuclear competition.

Highlighting the China angle for exiting the INF Treaty is new. Previously, Moscow complained more about this than Washington, and Asian countries haven’t been overly alarmed about China’s nuclear-tipped missiles. Instead, they appear far more concerned about China’s growing conventional seapower and its investment strategies that offer too little in return for massive debt.

The United States has been doing preliminary work on a new intermediate-range nuclear missile of its own. But it’s far from clear where such new land-based weapons might be deployed. Thirty-five years ago, the United Kingdom, West Germany, the Netherlands, Italy, and Belgium agreed to deploy 572 nuclear-armed U.S.“Euro-missiles.” None of them appear willing to accept them now.

Nor is there likely to be enthusiasm among Washington’s friends or allies in Asia. Japan, South Korea, the Philippines and Vietnam all seem unlikely to host these missiles. That would leave Guam, which sits 4,000 kilometers from Beijing and 3,000 kilometers from Shanghai — hardly a decisive strategic counter. The only argument for putting land-based missiles there is that they would reach targets in China much faster than weapons hoisted aloft by Guam-based aircraft. They would still be slower than sea-based options.

The Asian country that has the most reason to be concerned by Chinese INF-range missiles is India. As China has deployed them — mostly on the Tibetan Plateau, an all-azimuth basing location — New Delhi has responded in deliberate fashion with the 4,000-kilometer Agni IV and the 8,000-km Agni V missile. There’s no clamor within India for Washington to trash the INF Treaty, nor any inclination to rely on American INF-range missiles based in Asia. New Delhi believes deeply in its strategic autonomy; it’s not going to contract out deterrence to Washington. Nor are friends and allies that do rely on extended U.S. deterrence, whether in Europe or Asia, calling for the demise of the INF Treaty. They understand that nuclear dangers will grow in its absence, and without an effective replacement.

Walking away from treaties has adverse diplomatic and strategic consequences. When the George W. Bush administration announced its withdrawal from the Anti-Ballistic Missile Treaty in 2001, the Kremlin responded by withdrawing from the second Strategic Arms Reduction Treaty and its prohibition on land-based missiles carrying multiple warheads. The Kremlin is now moving forward with deployments of new “heavy” land-based missiles that can carry ten or more warheads. Their purpose is to defeat U.S. missile defenses. Likewise, the demise of the INF Treaty would only reinforce the nuclear competition now underway.

The Trump administration’s decision to walk away from the INF Treaty also highlights the importance of congressional debates over defense budget allocations. In coming debates over steel vs. silicon — choices between familiar, costly instruments of warfare we can see vs. techniques that are invisible to the naked eye — Capitol Hill appears hopelessly behind the curve. Yes, there is greater recognition of the threat of cyber warfare in all military domains, but meaningful shifts in budgetary allocations are hamstrung by dearly held commitments that the naked eye and congressional constituencies can appreciate. Of these, the most expensive, least likely to be used, and most disastrous if employed are with weapons dedicated to nuclear exchanges. Bad budgetary choices can easily be accentuated by the decision of the Trump administration to walk away from the INF Treaty. 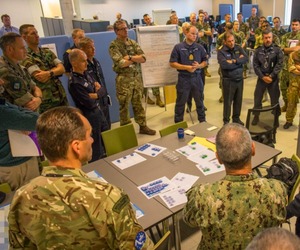 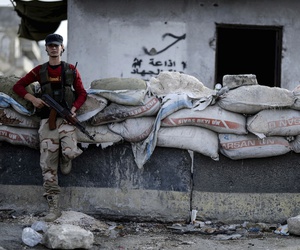 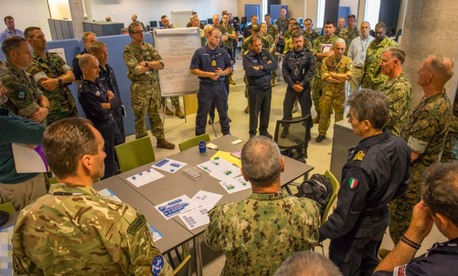 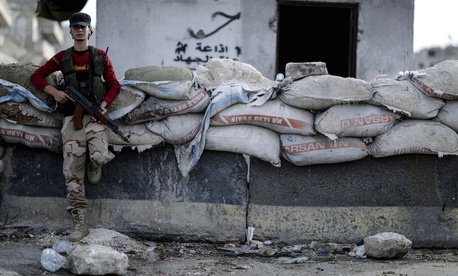