4 Ways 5G Is Propelling Government Agencies Toward the Future
Skip to Content
Get all our news and commentary in your inbox at 6 a.m. ET.
Ideas
The Real F-35 Problem We Need to Solve

Unless its logistics can be improved, the jet’s contributions to a major fight will be far less than Pentagon wargamers are counting on. 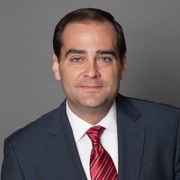 When Pentagon strategists game out potential near-peer conflicts, they tend to plug in sortie-generation rates for the F-35 Lightning II that reflect the program’s original vision, not the far lower numbers that represent the actual state of things. But if planners intend to count on the F-35 in a battle of any but the shortest duration, the Pentagon and industry must urgently improve their ability to maintain and sustain the most technologically complex (and capable) aircraft in history. A performance-based logistics plan currently being discussed is worth considering.

I confess that as a young Marine Corps aviator, I cared not at all for logistics. My peers and I took for granted that our EA-6B Prowlers would be ready to go every time we were ordered into the skies over Iraq and Bosnia. And they were. In the 1990s and well into the 2000s, the maintenance readiness of our Vietnam-era jets rivaled that of aircraft two and three decades younger. In the early 2000s, the Navy Department decided to extend the EA-6Bs’ service life yet again. Soon our Prowlers were deploying nonstop around the globe, and flying at a rate significantly higher than in previous decades.

What kept our Methuselah jet improving with age? Money, expertise, and need. The costs of PRL (program related logistics) and PRE (program related engineering) rose as the plane flew on well beyond its designed lifespan. The intricacies of maintenance and logistics were well understood and well-tended by Northrop Grumman and other companies, working with Naval Air Systems Command engineers and the fleet’s own experts. And the need for electronic-warfare planes assets only grew as the world entered the Network Age.

The Prowler was a relatively small program – the classic “low density, high demand” asset — while the F-35 Lightning II is the largest acquisition program in the country's history. More than 500 F-35s are flying already; plans call for a total of 2,456. But the F-35 program faces the same central questions we confronted with the Prowler: how to sustain it, how to best maintain readiness, and how to devise a functional supply and maintenance system.

Its infancy has not been auspicious. A July 22 hearing of the House Oversight and Reform Committee highlighted various maintenance and logistics challenges: planned depots that have yet to stand up, an immature supply base, the once-touted, now-troubled Autonomic Logistic Information System, or ALIS, used to track and order parts.

It won’t matter how well the F-35 can penetrate enemy air defenses if the sorties can’t be generated. Moreover, flat budgets in the foreseeable future mean that throwing money at the problem is not an option. Nor can the U.S. afford to trim the planned F-35 fleet; we need those aircraft and their capabilities if we are to prevail. Instead, we need to improve F-35 maintenance, logistics, and sustainment — while reducing their costs.

One enticing option is to move to a performance-based logistics arrangement. Currently, the Pentagon negotiates annual sustainment contracts based on a cost-plus-incentive fee. Because they must be renewed every year, they prevent long-term planning and require enormous investments of time and manpower in oversight.

Last year, F-35 maker Lockheed Martin proposed a different approach, starting with a five-year deal to supply, by 2025, enough parts to keep 80 percent of the world’s F-35s up and ready — a higher readiness level than we currently see. Lockheed has said that part of its strategy for living up to the deal would be investing up to $1.5 billion in subcontractors to shore up the supply chain.

Performance-based logistics has succeeded with much smaller programs, but it has never been tried on a large scale. And it might just work. We are seeing industry bet on their own success and accept risk if they don’t succeed. It is also noteworthy that this arrangement would take cost risk away from the government and place it on industry, in exchange for the predictability of a half-decade-long contract.

Moreover, this is one of the places where the promises of “big data” can actually pay off, particularly in a program the size of the F-35. Data analytics gives opportunities to increase efficiencies, reduce manpower and material costs, and improve inventory control. These are things we conceptually understood – even in an old warhorse like the EA-6B – but we never fully leveraged.

I hope DOD will move forward with this PBL idea. In fact, I’m surprised that it hasn’t become something that DOD is demanding of industry. There must be a recognition of the reality that while technology has certainly been a decisive piece of our military superiority, readiness has been just as important. Our ability to maintain and supply the force is what has made us the best military in the world.

It’s not sexy. The truth is that the unsung heroes during my operational deployments weren’t capable pilots, but rather supply officers and noncommissioned officers who were Merlin the magician making sure we had the one part that would keep the jet in an “up” status. It’s also what will determine whether or not the F-35 can live up to its full potential.

Scott Cooper is a retired Marine Corps officer who flew the EA-6B. He is the co-author of the book "No Fly Zones and International Security: Politics and Strategy in 2019.

NEXT STORY: Vaccine Chaos Is Looming