Here’s How Multi-cloud Is Driving the Future of Government Work
Skip to Content
Get all our news and commentary in your inbox at 6 a.m. ET.
Policy
Biden Pitches Skeptical House Democrats on Iran Deal

Whether or not it moved votes is another question. 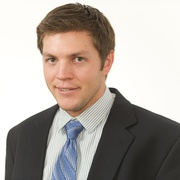 Vice President Joe Biden got a hearty round of applause and high marks for his sales pitch on Wednesday to House Democrats on the White House's nuclear deal with Iran. But it's not clear whether he actually got any votes.

The morning after the historic agreement was announced, members said the administration still has its work cut out as it seeks to line up congressional support.

"I'm here to answer questions and explain what the deal is," Biden said as he walked into the meeting. "I'm confident they'll like it when they understand it."

Biden's appearance was part of a multifaceted Obama administration lobbying effort. Sen. Joe Manchin, a key potential swing vote, said he would be going to the White House Wednesday for a briefing on the agreement.

Biden's appeal, which members said was mostly policy-focused, didn't appear to have immediately swayed many lawmakers into the White House's camp. "The vice president made as convincing an argument as he can make, but I think there's still a lot of questions to be answered," said Rep. Steve Israel. "I've been skeptical from the beginning of this. I'm still skeptical. … He did as good a job as he could do under that circumstances."

Democrats raised concerns ranging from inspections to sanctions to military options, and they said Biden answered each in detail. Biden told the group he was initially the deal's "chief skeptic," saying he had been swayed by the merits of the agreement. But if the White House expected an early show of support for the deal, Democrats are mostly reserving judgment as they head into a 60-day review period.

"I'm not convinced until I finish reading the agreement and about a million other things," said Rep. Jerrold Nadler. "I'm studying it."

Rep. Brad Sherman noted the complexity of the issue and the various questions with which members will have to grapple. "A lot of members are going to take a lot of time," he said.

Biden, Israel said, told members that the deal does not preclude the U.S. from using military options to deal with Iranian threats. He also faced questions about "snapback" sanctions—economic penalties lifted as part of the deal, but which would be restored if Iran violates the agreement.

"The questions were very technical," Israel said. Still, he added, the White House may need more than Biden's explanations to get members on board. "The president believes that he has to use all the tools in his toolbox, including his own personal presence, to make the case," Israel said. "This is going to be the most important foreign policy issue that we vote on, which means that the White House should go full-throttle."

Members said the Biden visit was no such "full-throttle" pitch. "I wouldn't call it a hard sell," Nadler said. "He explained the technical details of the deal. He explained why it's the best of the alternatives."

And not everyone was convinced Obama needs to come to Capitol Hill to make the case himself. "It's always wonderful, but I don't know if it's necessary," said Sherman.

What is clear is that the deal's future depends on the Democrats in Congress, as most Republicans have been quick to announce their opposition. "It's implicit that the fate of the deal lies with either Senate or House Democrats, or both," Nadler said.

This article has been updated.

Rachel Roubein contributed to this article.

NEXT STORY: ‘Hard Sell’ Ahead for Iran Deal, But Congress Has No Real Kill Switch