Glenn Fine was ousted from the Defense Department’s acting IG position on Monday. 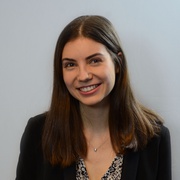 President Trump has removed the acting Pentagon inspector general from his position, thus stripping him of his ability to lead the committee overseeing the government’s pandemic response.

On Monday, the White House ousted Glenn Fine from the Defense Department’s acting IG position, instead designating the Environmental Protection Agency inspector general to serve in that role, Politico reported on Tuesday. Last week, the Council of the Inspectors General on Integrity and Efficiency tapped Fine to chair the Pandemic Response Accountability Committee, an oversight body created by the $2.2 trillion CARES Act to ensure taxpayer money is spent wisely. The law empowered CIGIE to name the committee chair, but stipulates that only current IGs can hold the position, so Trump’s removal of Fine from his acting position prevents the well-regarded watchdog from leading the oversight committee.

Fine will remain principal deputy inspector general at the Pentagon, the position he held prior to becoming acting IG, according to The Washington Post.

Over the course of his presidency, Trump has flouted transparency precedents and bristled at the role of IGs, whose work is critically important to holding agencies and the administration accountable for protecting the public’s health, among other things. Fine’s removal is part of a larger shakeup to the IG community.

Trump signaled in a signing statement on March 27 that he would not enforce some of the oversight provisions in the $2.2 trillion CARES Act. He specifically objected to the creation of a special IG for pandemic recovery at Treasury empowered to request information from other agencies and report to Congress any delays in receiving that information: “I do not understand, and my administration will not treat, this provision as permitting the SIGPR to issue reports to the Congress without the presidential supervision required by the Take Care Clause, Article II, section 3,” the statement said.

Related: So Much for Keeping the Military Out of Politics

Related: The Coronavirus Teaches Us Not to Let Trump Press the Nuclear Button

Friday evening, Trump announced his intention to tap Brian Miller, currently Special Assistant to the President and Senior Associate Counsel in the Office of White House Counsel, for the job of Special Inspector General for Pandemic Recovery at the Treasury Department.

Then Friday night, Trump notified Congress that he was removing Intelligence Community Inspector General Michael Atkinson from his position within 30 days (he placed Atkinson on leave immediately). Atkinson has come under fire by Trump for his handling of the whistleblower complaint last fall that sparked the impeachment investigation. Michael Horowitz, CIGIE chairman and Justice Department IG, blasted the move in a statement early Saturday.

Trump railed against another IG on Monday evening during a White House briefing after reporters asked about a Health and Human Services inspector general report that concluded hospitals are facing shortages of testing supplies and personal protective equipment during the pandemic. He questioned the credibility of acting HHS Inspector General Christi Grimm, who has been in her current role since January but has worked for the office since 1999.

CIGIE did not immediately respond to a request for comment.