Meeting of the North Atlantic Council in Defence Ministers’ Session

Before Trump heads back to Europe, remember that NATO isn’t the G-7 and military relations are much stronger than the political ones they often endure.

Squee! What is Trump going to say this time?

That’s how some of the political press in DC sound already, both giddy and worried about what President Donald Trump is going to say at the NATO Summit in two weeks. More seriously, many Americans and Europeans are worried about what Trump is going to say and do in Brussels, and how much further Trump may sink U.S. relations in general with European and North American allies.

You can’t blame them. The G-7 meeting in Canada last month was a diplomatic disaster that left foreign policy pundit circles aghast yet again at how the American president treated the leaders of his nation’s closest allies. (Trump supporters loved every minute of it.) Even before that meeting, Foreign Policy had run an article headlined “Can the U.S.-Europe Alliance Survive Trump?” (They were talking about Trump pulling the U.S. out of the Iran deal.) After Vancouver, other headlines proclaimed U.S.-European relations at an all-time low. Germany’s Chancellor Angela Merkel said Europe could no longer “completely rely” on American protection, leading many to question the future of the alliance.

There’s only one problem, or perhaps ray of hope. Relations between G-7 leaders are not the same as relations between their countries. And the G-7 is not NATO. NATO is not political Twitter or a TV roundtable. It’s not an economic club. NATO is a military alliance of treaty-bound governments with troops trained to kill, fight, and die to protect one another from foreign attack. NATO is a 70-year-old alliance that has withstood political winds and Cold War nuclear showdowns. It is a pact between democratic nations that their military men and women will stand that post. It outlasted Kennedy and Kruschev, Brezhnev and Reagan. It will outlast Trump and Putin and Merkel.

Military relations are not like political ones. Take Turkey. Defense One ran the headline “Are U.S.-Turkey Relations Fraying?” five years ago. They are. Last week, they were “coming to a boil.” But what is happening underneath? Military leaders in constant contact, still upholding their NATO pledge. Earlier this year, I was talking with one senior military official who said he understood every American concern about President Recep Tayyip Erdoğan’s confounding moves in Syria and toward Russia, but he put it like this: military-to-military relations do and must operate on a level plane at one level (as he steadily slid his hand flat in the air, back and forth), while political relations and the sometimes-heated rhetoric of elected officials who come and go occur above them (he raised his hand above his eyes, making the same gesture).

It’s true in many places. If military relations sour between the U.S. and China, it is potentially far more disastrous than any downturn in the economic, political, or trade spheres. But even when those relations are not so great, they’re often steady. In the early Obama years, when China froze communications with the U.S. military, Pentagon leaders begged the PLA to open up and talk, saying repeatedly that the U.S. wanted both sides to “avoid miscalculations” that could escalate into war. China opened up, but they also proceeded with a rapid military technological advance and created new islands to expand their power. Military relations adjusted, but they continue. At press time, Defense Secretary Jim Mattis is in Beijing discussing mutual issues like North Korean denuclearization.

Or take Israel. Conservatives, liberals, and pro-Israeli and political pundits claimed U.S.-Israeli relations were at an all-time low when Obama and Netanyahu weren’t seeing eye-to-eye. But at the same moment, military and intelligence leaders of both sides were saying times were never better at their level; as mutual trust, intelligence coordination, and arms sales were flourishing.

The relationships of national leaders do not always reflect the relationships of their peoples or militaries. So when you hear predictions that in two weeks Trump may pull the U.S. out of NATO, take a breath and think through what it would really take for that to happen. Think about the military.

When Syria’s Bashar al-Assad was routing rebels and some U.S. leaders wanted Obama to intervene with bombs and troops, there was one group left out of the conversation who also had a vote: the military. At the time, Defense One ran the headline “Want Syria? Convince General Dempsey.” The point was that as right-left politics shouted at each other over what to do, Obama’s senior military advisor was sitting atop an officer corps that was extremely wary of leading the U.S. into another unsure military intervention in the Middle East just two years after pulling out of Iraq.

Now think about the magnitude of a U.S. withdrawal from NATO. Trump so far has deferred to the generals repeatedly — on Syria, on Afghanistan, on Guantanamo, on North Korea, and, yes, on NATO. Do you really think Joint Chiefs Chairman Gen. Joseph Dunford’s “best military advice” to the commander in chief at this moment in history would be to pull out of NATO? Would any U.S. military leader’s? Would John Kelly’s? Would Congress’s? Of course not.

We’ve been through this before. Trump has been dangling NATO withdrawal (or cheap disparagement) before his isolationist-but-militaristic base since early in his presidential campaign. And Trump may continue to dangle it over Europeans, the way he dangles tweets and falsehoods to manipulate his constituency, the media, and his opponents. We know that game now. Some of the NATO leaders he is going to meet in July know it more than most. They were the ones he humiliated at the G-7.

But politics is politics, and now we have a new concern. John Bolton, Trump’s still-new national security advisor, flew to Moscow and received Russian President Vladimir Putin’s assent to a meeting of the two leaders. That’s expected sometime in July, in Europe, around the time that Trump will be across the pond for the NATO Summit, the president said.

“It would look like we will probably be meeting in the not too distant future and I’ve said it from day one getting along with Russia and China and with everybody is a very good thing,” Trump said Wednesday.

Forget Bolton. The Trump-Putin meeting has foreign-policy pundits worried as much as when the president met North Korea’s Kim Jong-Un. Nobody knows what to expect from Trump. But there’s plenty of reason for concern. Already, the Trump-Putin meeting is left-right meat for partisans and political gamers. If you hate Trump, you hate the idea of Trump stepping over NATO and falling into Putin’s trap, and you think the outcome will be Trump getting played yet again by the master former-KGB autocrat whom nobody has yet to best. After all, if Trump halted military exercises for Kim, what will he give away to Putin? Crimea? Exercises? Nuclear stockpiles? Missile defenses? NATO?

If you like Trump, you welcome the chance for the master dealmaker, the outsider, to toss out the diplomatic rulebook as in Singapore, give Putin an extra-tight manly handshake and get him on the hook to avoid a new Cold War, put an end to all this nonsense of so-called Russian interference. Either way, you’re not talking about NATO anymore. You’re talking about Trump.

The data shows the United States has done nothing to back down from defending Europe. Trump’s insistence that NATO’s European members spend more on their own militaries is not a withdrawal, it is an overdue and purposefully undiplomatic attempt to level an imbalance. Merkel’s statement that Europe cannot “completely rely” on American and British support anymore is a reflection of what Trump and many American leaders have been saying for years. Europe shouldn’t. But while the new era sorts itself out at the political level, there’s been no backing away from NATO between militaries. We have seen more, not less, of U.S. and NATO-allied military exercises, troop deployments and rotations, forward-located firepower, and political attention to Europe’s eastern flank. Military relations go on.

“In the last few weeks [there has] been a lot of talk about, ‘Well is the North Atlantic bond still a bond? Is it still an alliance?’ Yes, the answer is yes. We are,” said U.S. Ambassador to NATO Kay Bailey Hutchinson this month in Washington. “America is committed to NATO, to Article 5, I promise you we really are, and the president has said it publicly many times,” she continued. “I think our allies and our partners know that, but we can never say it too many times.”

There’s no telling what Trump will say in the coming weeks around the NATO Summit. It will be a another leadership test for Merkel, UK’s Theresa May, France’s Emmanuel Macron, and Canada’s Justin Trudeau. No matter what they say, the press will eat it up.

Except none of it matters much to NATO. The alliance will hold. 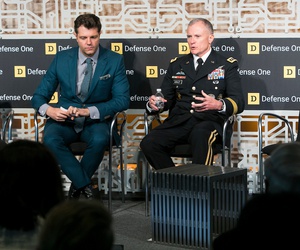 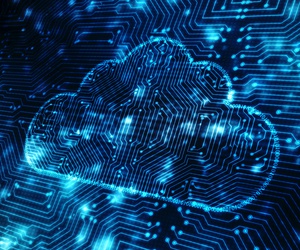 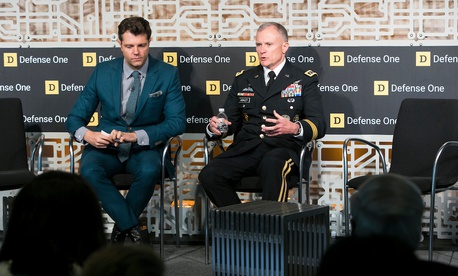 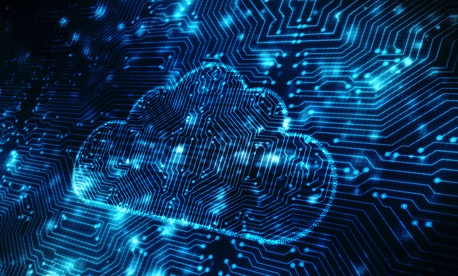