The measure is legally toothless, but could still have some political impact.

The House voted along party lines on a nonbinding resolution to restrict U.S. hostilities against Iran, in the second high-profile effort by the Congress to reassert its war-making authorities under President Donald Trump.

The resolution is toothless, legally: it will not be sent to the White House and it does not carry the force of law. And even if it did, the Trump administration may use one of its several legal rationales for the killing of Iranian General Qassem Soleimani to argue that the War Powers Act doesn’t apply in this case.

But the public debate over the resolution — and its potentially binding counterpart in the Senate — could still help build political pressure on Trump to moderate his policies towards Iran.

Fears of open conflict between the United States and Iran have ballooned since Jan. 2, when a U.S. drone killed Soleimani and a key Iran-aligned militia leader in Iraq. Iran retaliated with a hail of ballistic missiles on Tuesday night, but no Americans or Iraqis were killed, and by Thursday, it appeared that the crisis could be at an ebb.

Related: The Partisan Divide on How to Read the Intelligence on Iran

Related: How Can Congress Authorize War When It Can’t Decide What War Is?

But, lawmakers on Capitol Hill still fear that the targeted killing of Soleimani may have put the United States at risk of a broader conflict with Iran. And for the second time in Trump’s administration, they are trying to use the War Powers Act to preempt a war that hasn’t happened yet.

The effort is largely along party lines. The House resolution, which passed 224-194, drew a handful of Republican votes, including staunch Trump ally Rep. Matt Gaetz of Florida. In the Senate, at least two libertarian-leaning lawmakers have publicly supported the joint resolution put forward by Sen. Tim Kaine, D-Virginia — one of whom, Sen. Rand Paul, R-Kentucky, is an ally of the president.

Last year, lawmakers tried a similar gambit in a bid to end American military involvement in the Saudi Arabian campaign in Yemen’s civil war. It was the first time that the Congress used the War Powers Act to attempt to pull U.S. forces out of an overseas engagement. Trump vetoed the resolution, but the administration did moderate some of its policies amid the debate, including ending mid-air refueling services to the Saudi-led coalition.

It’s not clear that the debate over the Iran resolutions will have the same impact. Although Trump has been deeply ambivalent about the use of military force in the Middle East, Iran remains a potent issue with the Republican base and his cabinet includes several key Iran hawks. The Yemen resolution was different, in part because of the complicated politics surrounding Saudi Arabia. (Fifteen of the 19 hijackers on Sept. 11 were from Saudi Arabia.)

Attention now shifts to the Senate, where Kaine’s proposal would need two more Republicans to pass. Even then, its value is likely to be symbolic: Trump will almost certainly veto it, and supporters don’t have anywhere near the two-thirds majority in either chamber needed to override a presidential veto.

The intense public furor over the two doomed resolutions showcases both the weakness and the strength of the War Powers Act, passed in 1973 over Nixon’s veto as a way to claw back war-making authorities claimed by the executive branch in the decades following World War II. The law has never been used successfully to remove the U.S. military from hostilities, and faces an uphill climb now.

Although both resolutions — the House measure passed Thursday and the Senate measure — require the removal of U.S. forces from hostilities against Iran, there are several limitations to the War Powers Act that the White House will likely leverage.

First, the 1973 legislation does not define “hostilities.” Administrations of both parties have argued that a particular act of unilateral use of force did not qualify as “hostilities” under the law. For example, the Obama administration argued in 2011 that its air war in Libya fell short of the standard of “hostilities” because “U.S. operations do not involve sustained fighting or active exchanges of fire with hostile forces, nor do they involve U.S. ground troops.”

Secondly, the War Powers Act does not apply to hostilities that have been previously authorized by the Congress. National Security Advisor Robert O’Brien has said that the strike on Soleimani was “a fully authorized action under the 2002 [Authorization for the Use of Military Force],” which Congress passed to allow Bush’s invasion of Iraq.

The original AUMF authorizes the use of force to address “the continuing threat posed by Iraq” — not Iran. But the State Department last year told the Congress that it believed that the authorization could be used to defend U.S. or partner forces in Iraq against terrorism to ensure “a stable, democratic Iraq.” Although Soleimani was a high-ranking official in a foreign government, the Trump administration had designated him as a terrorist.

Democratic lawmakers fiercely dispute that the 2002 authorization covers war with Iran. (And, indeed, House Speaker Nancy Pelosi, D-Calif., on Thursday vowed to repeal it.) But if Kaine’s measure did hypothetically pass, this issue would likely fall to the courts to decide — and historically, the courts have stringently avoided adjudicating war powers matters.

Finally, the legal question of whether the War Powers Act applies here is particularly complicated from a practical standpoint. With tensions apparently cooling between Iran and the United States, it’s unclear what, exactly, the administration would be required to do. Servicemembers in Iraq are there to fight ISIS and are not — at least currently — engaged in direct conflict with Iran. When Iranian proxies launch one of their frequent attacks on U.S. bases, troops are allowed to exercise self-defense. And in any event, both the House and Senate measures include exemptions for imminent attacks — one of the arguments that the Trump administration has also used to justify its original strike on Soleimani. Unless Trump intends to carry out more targeted killings of senior Iranian officials on Iraqi soil, it’s unclear how the War Powers Resolution would change the status quo.

Still, the law remains a powerful political tool. The debate over Trump’s decision to kill Soleimani has thrown Capitol Hill into a furor, capturing public and legislative attention even in the middle of the ongoing Democratic effort to remove Trump from office. Lee said Wednesday that was undecided on whether to support Kaine’s resolution until he left a briefing with senior Trump administration leaders on the strike and the strategy going forward.

“They were in the process of telling us that we need to be good little boys and girls and not debate this in public,” a livid Lee told reporters after the brief. “I find that absolutely insane. It’s un-American, it’s unconstitutional and it’s wrong.” 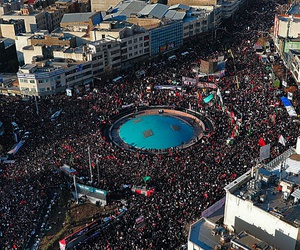 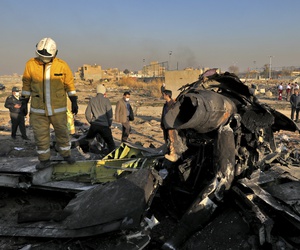 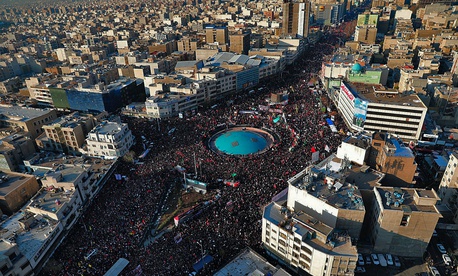 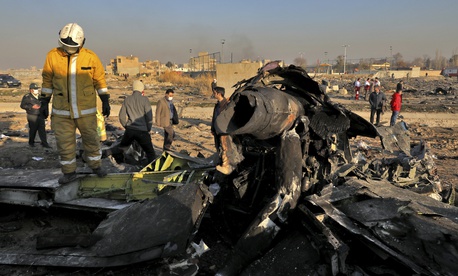