A picture of the Osterhout Design Group's X-6 glasses.

Getting secret information to specific people, like the location of the nearest nuclear power plant, in a way that doesn’t draw attention from outside is a classic spy problem. Another one is giving agents the ability to match names to faces in the real world, at blackjack tables and fancy soirees and other places spies frequent. The Defense Department is buying some new spy specs to give spooks in the field an intelligence edge over everybody else.

The glasses, called simply the X6, are from San Francisco-based Osterhout Design Group. They look like the lovechild of Google Glass and the Oculus Rift, providing more information to the wearer than the small window on Google’s much-maligned headset but not obstructing vision like the Oculus Rift. (Admittedly, for spy glasses, they lack a certain subtlety.)

At a recent innovation symposium at Defense Intelligence Agency headquarters in Washington, D.C., Bobby King, vice president of special projects for Osterhout, demonstrated how the headset provides situational intelligence.  Defense One looked through the glasses at a static, two-dimensional map and suddenly structures appeared in three dimensions related to objects of interest. King confirmed that the map was just a regular print of a satellite photograph. With that particular app, the glasses send information to a server that then processes the image against others to determine the location depicted. The glasses then present data from the database visually in the form of structures, special instructions, clues, etc. The view was smarter and more useful than what you would see with Google Glass, but didn’t get in the way of the user’s ability to actually see, like a clunky virtual reality headset.

“Augmented reality is the fusion of data and your real environment. We’re looking for an immersive feeling, but not virtual,” King said.

Cool map data aren’t the only secret messages you can receive on the X6. Previous reports have hinted at how the glasses might be useful for gaming and training as well. It’s one reason why Microsoft reportedly inked an intellectual property deal with the company for about $150 million earlier this year. The military and intelligence capabilities are a bit more interesting than its relevance as a gaming platform.

Ever been to a gathering where you saw someone’s face but you couldn’t remember her name or why she was important? It’s not just a cocktail party problem but a national security one. A year old startup form Australia called Imagus, has developed a program for the X6 that fixes the problem.

Peering through the glasses at a poster of faces while wearing the X6, a tester using the Imagus facial recognition app sees a pair of small circles appear on the eyes of the various targets and then a quick match showed up in the view as demonstrated in a somewhat unnerving video from General Dynamics Information Technology, GDIT, highlights the “dynamic environment of non-cooperative facial recognition.”

The Imagus app can match a face in real time to one in a database at a resolution of just twelve pixels between the eyes according to lead software engineer Steve Brain. (Anything under sixty is considered very good in the facial recognition world.) The size of the headset seems to help with targeting the camera to improve speed and accuracy. The glasses could be modified to connect to a military biometrics databases such as BEWL, King confirmed.

GDIT is working with Osterhout, Imagus and other small companies to develop a host of apps and programs around the X6 platform.

“What they want with the glasses is to bring in a lot of different applications. Facial recognition technologies from images is just one example,” Lynn Schnurr, vice president at General Dynamics Information Technology, told Defense One.

The Defense Department has purchased 500 beta units of the glasses according to King. Unfortunately, the government’s spy specs are not for you. “It’s not yet commercially available, but for the government, yes.” 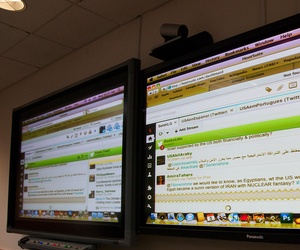 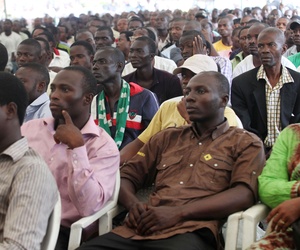 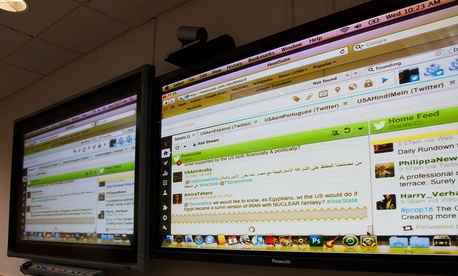 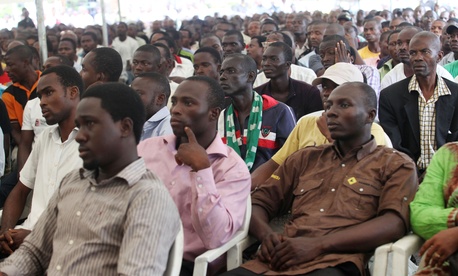