More than a year in the works, Pentagon leaders are betting an ambitious effort to pair soldiers with machines to give the American military an edge on the battlefield of the future.

SIMI VALLEY, CALIF. – Pentagon leaders believe pairing soldiers with machines in combat will give American troops an edge on the battlefield of the future.

The ambitious effort is the centerpiece of what the Pentagon is calling the “third offset,” a strategy that seeks to deter countries like Russia and China from waging war against the U.S.

Deputy Defense Secretary Robert Work, who is leading the offset project for the Pentagon, touted what he called “human-machine collaboration and combat teaming” at the annual Reagan National Defense Forum, a gathering of American national security leaders.

“The way we will go after human-machine collaboration is allowing the machine to help humans make better decisions, faster,” Work said.

The Pentagon’s “offset strategy” makes investments in new technology that defense leaders say will “offset,” or neutralize, the technological advancements of other foes or nations.

“This third offset … is really focused on the advanced capabilities that Russia and China can bring to bear,” Work said. “The whole purpose is to convince them never to try to cross swords with us conventionally.”

At the center of the effort are learning machines, which will “literally operate at the speed of light,” Work said. These computers will help solve problems, such has how to respond to a missile traveling at six times the speed of sound.

Work said the F-35 Joint Strike Fighter is one of these types of machines. “The F-35 is not a fighter plane,” Work said. “It is a flying sensor computer that sucks in an enormous amount of data, correlates it, analyzes it and displays it to the pilot on his helmet.”

Even though the F-35 has been criticized for not being able to maneuver as well as older fighter jets and has had well-noted problems in its development, the aircraft’s high-tech computers and sensors, Work said, will allow it to outperform its predecessors.

“We are absolutely confident that F-35 will be a war winner,” he said. “It’s because it is using the machine to make the human make better decisions.”

Work also pointed to “assisted human operations” and wearable electronics, which give troops access to combat apps as another game changer. “I’m telling you right now, 10 years from now, if the first person through a breach isn’t a fricken robot, shame on us.”

Defense Secretary Ashton Carter announced in August the Pentagon would invest in electronic components that can bend.

Humans and machines are already working together on the battlefield within the U.S.“global counterterrorism network,” which uses people, unmanned drones, computers and special operations forces to hunt militants, Work said.

Unlike the previous offsets, the fielding of tactical nuclear weapons and precision-guided bombs and missiles, which deterred war and gave the American military in some cases four decades of advantages over adversaries, this new technology probably won’t provide an edge that long, Work said.

Russia is challenging “our capacity to innovate and change,” said Carter, during a luncheon address to the audience largely made up of lawmakers, industry, and Pentagon officials.

“[I]n the face of Russia’s provocations and China’s rise, we must embrace innovative approaches to protect the United States and strengthen that international order,” Carter said.

Russia’s saber rattling has prompted a major shift of late in way the American military is looking at a future. Top uniformed officials have said nuclear-armed Moscow poses the greatest threat to the U.S., not Islamic State militants, who despite an international airstrike campaign, still hold large portions of land in Iraq and Syria and have a presence in other countries across Northern Africa.

“We do not seek to make Russia an enemy,” Carter said. “But make no mistake; the United States will defend our interests, our allies, the principled international order, and the positive future it affords us all. We’re taking a strong and balanced approach to deter Russia’s aggression, and to help reduce the vulnerability of allies and partners.”

As such, the U.S. military is “adapting our operational posture and contingency plans as we – on our own and with allies – work to deter Russia’s aggression, and to help reduce the vulnerability of allies and partners,” Carter said.

The Pentagon is “making a number of moves in response, many but not all of which I can describe in this forum,” Carter said alluding to classified battle plans and weapon projects. It is also “updating and advancing our operational plans for deterrence and defense.”Upgrading America’s nuclear weapons is one of these areas, he said. The Pentagon plans to buy a new stealth bomber and a replacement for the Ohio-Class submarine over the next decade, both of which are being designed to carry and launch nuclear weapons.

Washington cut off nearly all but top-level dialog with Moscow after Russian forces invaded Ukraine last year. Relations between the two nuclear powers grew even more strained in recent months when Russia sent troops and weapons to Syria to back the embattled government of President Bashar al Assad. But Carter did not rule out future cooperation with Russia, pointing to Moscow’s part in helping to negotiate a nuclear deal with Iran and talks with North Korea.

“It is possible … Russia may play a constructive role in resolving the Syrian civil war,” Carter said. 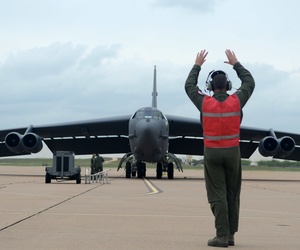 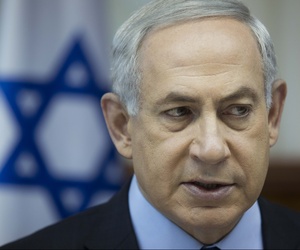 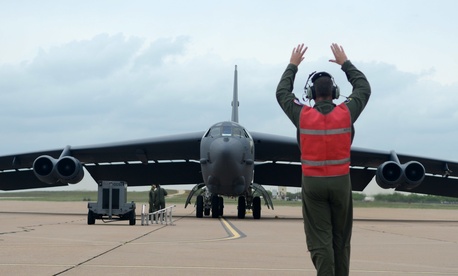 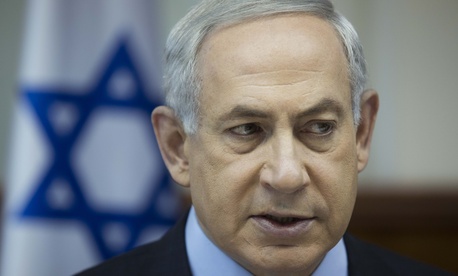