An MQ-1B Predator, left, and an MQ-9 Reaper taxi to the runway in preparation for takeoff June 13, 2014, at Creech Air Force Base, Nev.

A top Air Force general said the military needs to expand its use of artificial intelligence — like that being used in the controversial Project Maven effort — if it wants to stay ahead of peer competitors and deter war.

Gen. James Holmes, who leads Air Combat Command, is among the first flag officers to publicly defend the Pentagon’s algorithmic-image-analysis program since Google said it would not renew its contract following an outcry by its employees.

“The benefit of this will be: it will free up people to focus on thinking about what they see and what it means in the intelligence field and on passing that information to decision makers more timely because you’re able to do it faster,” Holmes said Thursday at a Defense Writers Group breakfast in Washington. “That’s a big part of our future and you’ll continue to see that expanded, with Project Maven being one of the first steps in bringing learning machines and algorithms in to be able to allow people to focus on things that people do best and let the machine do that repetitive task.”

Earlier this week, Robert Work, who chartered Project Maven before stepping down as deputy defense secretary last year, said that company employees who worry that the Pentagon’s artificial intelligence will kill people should should consider that it would increase risks for someone else.

“They say, ‘What if the work is ultimately used to take lives? But what if it saves American lives? 500 American lives? Or 500 lives of our allies?” Work said Tuesday at the Defense One Tech Summit.

Holmes said he was concerned that the dustup with Google might prompt others in Silicon Valley to not work with the Pentagon, but added: “this is part of being an American.”

“Americans have expectations about what their government does and whether the government uses technology and tools to infringe upon their rights or not,” he said. “We have really high standards as a nation that that things that we being forward as military tools have to live up to.”

Still, Holmes said the military needs to tap into the technology being developed in the Valley and elsewhere.

“If you look at where the money is in our current business structure, there’s a lot more money in the tech side than there is in the classic defense industrial complex,” Holmes continued. “The groundbreaking research going forward is in those tools in the business market, If we’re going to be effective in this battle of technology with adversaries, we hope to be able to take advantage of that.”

Holmes also made the case that technology could deter war.

“I’d make the case that our job is to compete with these world-class peer competitors that we have,” he said. “By competing and by setting this competition on terms that we can compete without going to conflict is better for everybody. What I’d like to do is be able to convince people that we’re all in the business of avoiding major war. That’s what we’re trying to do. We’re going to have to rely on our industrial capabilities that are on that business.”

Asked by a reporter if Project Maven is the first step toward Skynet, a fictional artificial network in the Terminator movies, Holmes said: “I certainly hope not.” 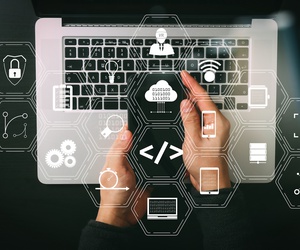 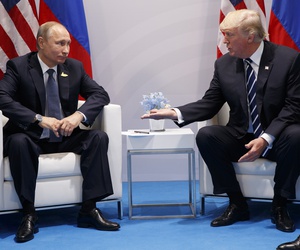 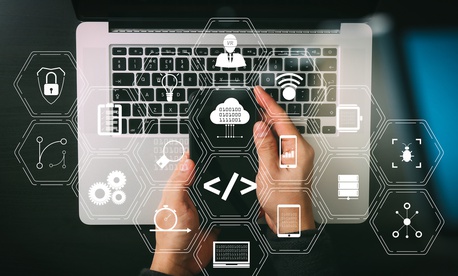 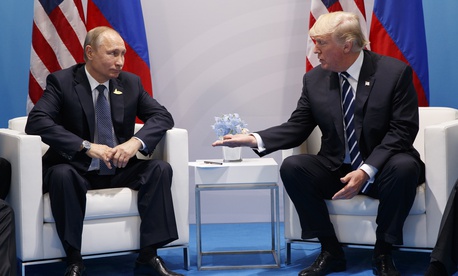