The technology can stop the missile, but politics are getting in the way.

If Iran launches a ballistic missile at the Middle East, nuclear or not, Arab states would have as little as four minutes to act before impact.

Ideally, the launch would be detected, the missile tracked during its flight by radar and its trajectory then passed to an interceptor missile, which would then blast off. If all goes as planned, the interceptor would collide with the Iranian missile as it re-enters the Earth’s atmosphere.

But which country would shoot down the missile? While the missile’s target may be in Saudi Arabia, it would travel over UAE, Qatar or Kuwait. America’s friends have sophisticated, American-made missile interceptors. But there’s one problem, the equipment in one country does not talk to the equipment in another. So, the United States is renewing its push during this week’s Gulf Cooperation Council summit outside Washington to get Arab states to link-up the missile interceptors and radars into a single Middle East missile shield.

“You can’t just buy lots of interceptors and park them in the desert,” said Thomas Karako, a missile defense expert with the Center for Strategic and International Studies, or CSIS. “You’ve got to stitch them together into the network and give them plenty of early warning and sensor information so they know where to shoot.”

GCC members are united in their fear of nuclear missile attacks from Iran, but regional politics, military rivalries and even cyber espionage concerns have blocked them from setting up an intertwined missile defense shield akin to what NATO has built in Europe. There, alliance members have been beefing up missile defenses to protect the continent from long-range Iranian missiles.

“The difference is that you don’t have NATO in the Middle East,” Karako said. “Really the prerequisite to serious cooperation, to serious interoperability and integration is and always has been the lack of political integration and … security integration like you have with NATO.”

Cooperation, information sharing and connecting equipment are “the crown jewels of what needs to be done on missile defense,” Karako said.

The difference is that you don’t have NATO in the Middle East.
Thomas Karako, missile defense expert, CSIS

That missile defense is on the arms shopping list is considered to be the price for peace with Iran. The more Iran and the West inch toward easing restrictions on Tehran, the more Gulf states want military deterrences against their less restrained neighbor. Saudi Arabia, UAE, Qatar and Kuwait all have a version of the Patriot, which is made by Raytheon. Saudi Arabia purchased $2 billion worth of Patriots last month and Qatar signed a $2.4 billion deal for interceptors in December. As Patriot orders have come in from the Middle East and elsewhere, Raytheon has funded upgrade and improvement projects for the missile.

UAE also has purchased the THAAD interceptors, built by Lockheed Martin, and are supposed to get them by the end of the year. Saudi Arabia and Qatar are also reportedly interested in THAAD.

The U.S. has 10 Patriot batteries deployed in the region, including one in Jordan to defend against a possible missile attack from Syria.

But while the Gulf states have purchases top-end missile interceptors, they do not have the sophisticated radars and satellites that the Pentagon uses to track ballistic missiles.

“[T]he ability of any country in the region to defend against the missile threat pales in comparison to the ability of the [Gulf Cooperation Council] as a whole, as a collective, to defend against this threat if their systems were better integrated,” Colin Kahl, Vice President Joe Biden’s national security advisor, said in a call with reporters on Monday in advance of the Arab leaders summit in Washington.

“[O]ne of the things that we’ll talk about is, what more can we do with our partners in the GCC to share early warning and to integrate air and missile defenses,” Kahl said.

Qatar has expressed interest in buying a massive, missile-tracking radar akin to what the Pentagon uses to track objects heading toward the United States. Taiwan has purchased such a system.

“[Qatar is] especially well situated for a really big radar to look into Iran and just stare for lots of things,” Karako said.

UAE has also expressed interest in buying early warning satellites. The information gathered by this type of radar would be of interest to all Gulf Cooperation Council nations, Karako said.

The Pentagon is also working to connect American missile defense equipment into an air and missile defense operations center in Qatar. The center will tie together radars, Patriot, THAAD and European air defense systems and radars, according to Raytheon, the project’s contractor.

Kedar Pavgi contributed to this story. 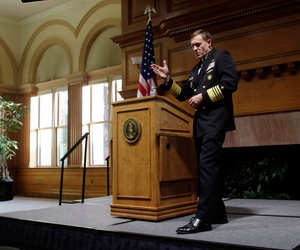 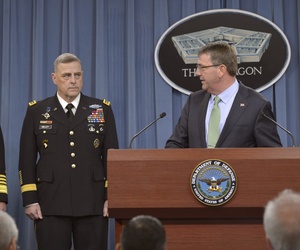 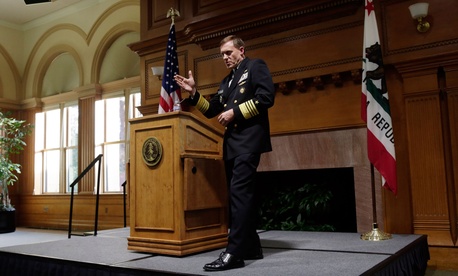 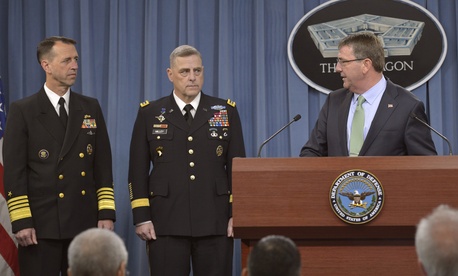