If Trump Won’t Lead in Syria, Someone Else Will

President Donald Trump, right, sitting next to Vice President Mike Pence, left, speaks in the Cabinet Room of the White House in Washington, April 9, 2018, at the start of a meeting with military leaders.

Unless the president can articulate and lead a plan, Syria’s future will be determined by Russia, Iran, and Turkey.

Once again, the world is waiting for the American president to punish Syria’s Bashar al-Assad for, once again, using chemical weapons on his civilians. And, once again, a chorus of Syria-war watchers is crying out: Where is the international community?

A quieter chorus of Americans are simply asking: Why are we there?

We now know Trump is not yanking U.S. troops from Syria imminently. But any realistic path to peace talks in Geneva will require far more U.S. leadership than has yet been on display. The American president may have to summon the world’s leaders for a Syria summit, secure a clear declaration of their intent, and convince Assad and his protectors in Russia and Iran, and now Turkey, that the West is willing to commit forces to secure an acceptable outcome. If Trump is not willing to take ownership of the end of war, then the United States has no shot to lead Syria to the conclusion it wants, and Americans will have to settle for a whole lot of what Assad, Russia, Iran, and Turkey want.

Either way, I’m hearing over and over from frustrated stakeholders who simply want the White House to decide.

“Tell me how this ends.” Remember that line? That’s what then-Maj. Gen. David Petraeus famously said in 2003 at the beginning of the U.S. invasion of Iraq. Four years later, Petraeus, by then the war’s top general, was shuttling back to Washington to ask his civilian leaders to approve a new plan, and to ask Congress and the nation for patience.

One decade after that famous moment, U.S. citizens in and out of uniform are once again asking how this ends — about Syria this time. But there’s no Petraeus. There’s no President George W. Bush or Dick Cheney at the forefront. No Donald Rumsfeld commanding the Pentagon podium to make their case, like it or not, to the American public.

This isn’t Iraq, of course. This isn’t even America’s war, you could argue. It’s complicated, to be sure. Syria is a divided country, with a civil war in one half and a counter-ISIS war in the other. The U.S. openly aided and fought the war on ISIS, won territory, and is working with Syrian allies outside of Assad’s regime to solidify independent governing structures and improve security in those areas. In the civil war, Washington has aided, if less openly, Syrian rebels who are fighting Assad. Presidents Obama and Trump have both called for the Syrian leader to step down. So the United States clearly has ownership of not just the counter-ISIS mission, but of the future of all Syria.

Related: Trump’s ‘Very Soon’ Withdrawal From Syria Is Exactly What Many Troops Feared
Related: After ISIS, the US Faces Its Next Battle: Syria’s Erupting Fault Lines

But who is in charge of that job? Who is in charge of Syria policy? If not President Trump, then who in his administration could take the lead. New Secretary of State Mike Pompeo? Defense Secretary Jim Mattis? New National Security Advisor John Bolton? Central Command’s Gen. Joseph Votel? U.S. Ambassador to the UN Nikki Haley?

Right now, the three senior-most Americans in charge of Syria are Votel, USAID Administrator Mark Green, and special envoy Brett McGurk. They made their case last week for what is needed in Syria. But Votel is not Petraeus, which is to say he is not the superstar-commander of a major war, and Syria is more of a foreign-policy problem than a military one. Green is in charge simply of aid and assistance. McGurk is by most accounts highly respected and effective in his role, but he is not a cabinet member, agency head, or head of state. He is an envoy. Haley has been a fierce voice in New York, but she is not America’s leading diplomat.

That job is about to fall to Mike Pompeo. Perhaps the former CIA director will focus more on the Syria question than did his ousted predecessor Rex Tillerson. He may not reach the miles logged by former Secretary of State John Kerry, whose method was to just keep trying, no matter how fruitless. But it could be a start.

Bolton’s record portends that he wants a heavier U.S. hand in Syria, but he can’t lead head-of-state talks and it won’t be up to him alone. There is no evidence that the new national security adviser will be able to immediately shove aside the assumedly more-measured advice from Mattis, Pompeo, and senior military leaders like Joint Chiefs Chairman Gen. Joseph Dunford, who carry Votel’s advice into the White House. Not yet. But whether Bolton or Mattis or Pompeo is the last to whisper in Trump’s ear, none of those men have shown they want or expect less U.S. involvement in the Middle East.

One longs for a Richard Holbrooke to pull a Dayton and find a way to get a deal. But under Trump, because of Trump, the cream of top U.S. diplomats have quit. 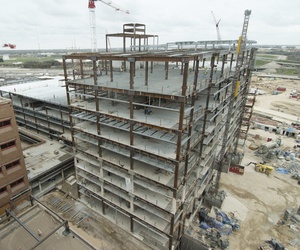 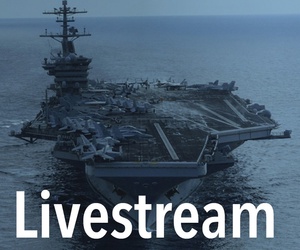 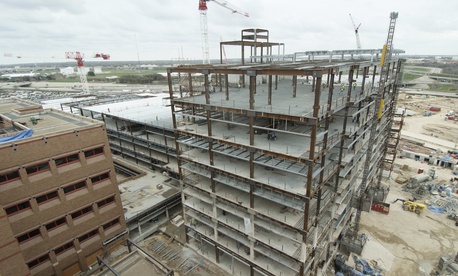 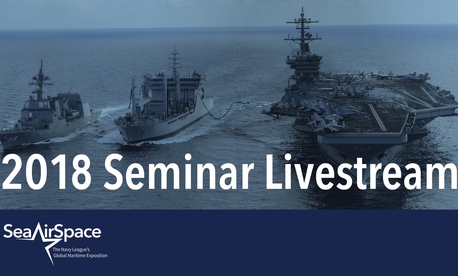