BRUSSELS — Afghanistan’s President Ashraf Ghani said he does not believe President Donald Trump will pull American troops from the war there, minutes after the two leaders met inside the NATO Summit.

NATO leaders emerged from Thursday’s meeting unified in their support for funding the war through 2024, showing no hesitation to continue with what used to be a contentious topic for the alliance.

“Today, we also decided to sustain our presence in Afghanistan until conditions indicate a change is appropriate,” the leaders said in a joint statement.

The meeting was briefly delayed when Secretary-General Jens Stoltenberg called an emergency meeting of NATO heads of state over Trump’s funding demands and the president delivered an impromptu news conference.

Trump then stayed long enough to address the group’s Afghanistan meeting before departing for London. Shortly after that meeting, Ghani said Trump was fully supportive of continuing in Afghanistan, during a previously scheduled interview on stage at a NATO-organized sideline conference of national security leaders.

“Afghanistan is a subject of consensus; it’s not a subject of dissent,” Ghani said in the one-on-one interview with this reporter. “There was uniform support across the board. Support will be extended to 2024.” Ghani said that support including backing for the current effort for peace and recent ceasefire with the Taliban.

“So I’m delighted to say that, contrary to the past where there was question of this dialogue between Afghans and the international community, now it’s a real dialogue, it’s a constructive dialogue, the efforts are based on mutual trust. And from President Trump all the way to the last speaker expressed support for our effort and pledged to provide condition-based support rather than time-bound effort, which has characterized past efforts.”

According to Ghani, Trump, in the NATO meeting, said “he thought that the strategy was working—that it was condition-based….and he thanked NATO partners for the support that they provided to make the strategy a success.”

When asked about Trump’s public assertions that he wants to bring America’s troops home, Ghani responded, “I think that was before he talked to me,” drawing laughs from the audience. “We’ve built an excellent relationship.”

RELATED: Listen to the Ghani interview with Defense One‘s Kevin Baron at the NATO Summit

U.S. troops levels in Afghanistan were a concern going into the Afghanistan meeting of NATO leaders in part because of reports last week that the Pentagon may once again conduct a strategy review of the US war effort there. It has been less than one year since the Trump administration rolled out its strategy for Afghanistan and South Asia, and the president had to be convinced to accept the plan and increase the American footprint there.

Additionally, the war is about to get a new top commander. Lt. Gen. Scott Miller will replace Lt. Gen. Mick Nicholson, who is expected to depart after the summer. New commanders often give themselves time to review the state of the war and send recommendations for action and force levels up the chain of the command to the president.

That all comes after news that the White House asked the Pentagon for information on the cost of keeping 32,000 U.S. troops in Germany, and Trump’s public statements this year expressing desire to pull U.S. troops back from South Korea and Syria.

Military leaders in Afghanistan earlier this year expressed renewed hope that as the new Trump plan took effect — by attacking terrorist leaders, beginning a targeted air campaign to strike terrorist opium-trade funding networks, and a surge of advisors to train Afghan forces — they could force Taliban leaders to the negotiating table.

But Trump has grown frustrated by a perceived lack of progress in the war, according to several senior U.S. and Trump administration officials cited in a Reuters report published two days before the meeting at NATO.  “He’s voiced his frustration about the lack of progress many, many times, basically asking ‘What have we got for all that money?’” one senior official said. 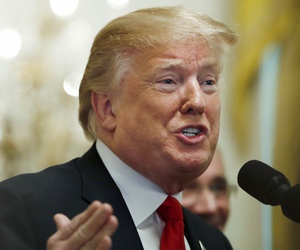 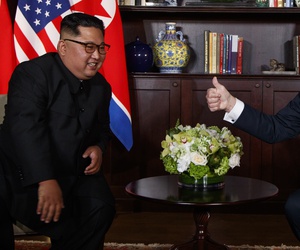 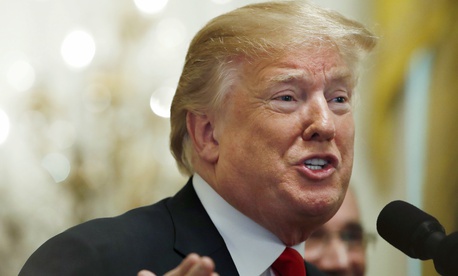 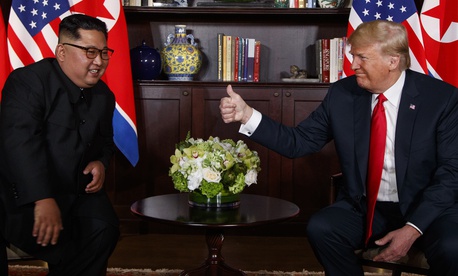