Inside the Disaster Zone
Skip to Content
What you need to know about the defense industry - in your inbox.
Business
Boeing Might Be the Biggest Winner in Trump’s Military Buildup

The Chicago aerospace company leads more than a half-dozen contractors whose programs stand to get 9- or 10-figure boosts if the president’s budget proposal becomes law.

It’s been a good week for Boeing.

Later on Thursday, the White House said it would seek an immediate $30 billion boost in defense spending — $15.5 billion of which would go toward new planes, ships, tanks, bombs, and other military equipment. The company that stands to get the largest slice? Boeing.

According to documents released by the Pentagon, programs run by the Chicago-based firm would see funding rise as much as $4.3 billion, more than one-quarter of the total proposed boost to acquisition. If approved by Congress, the money would buy 24 F/A-18 Super Hornets for $2.3 billion; two P-8 submarine-hunting planes, $920 million; 20 Apache attack helicopters, $708 million; and two C-40 passenger transports, $208 million. 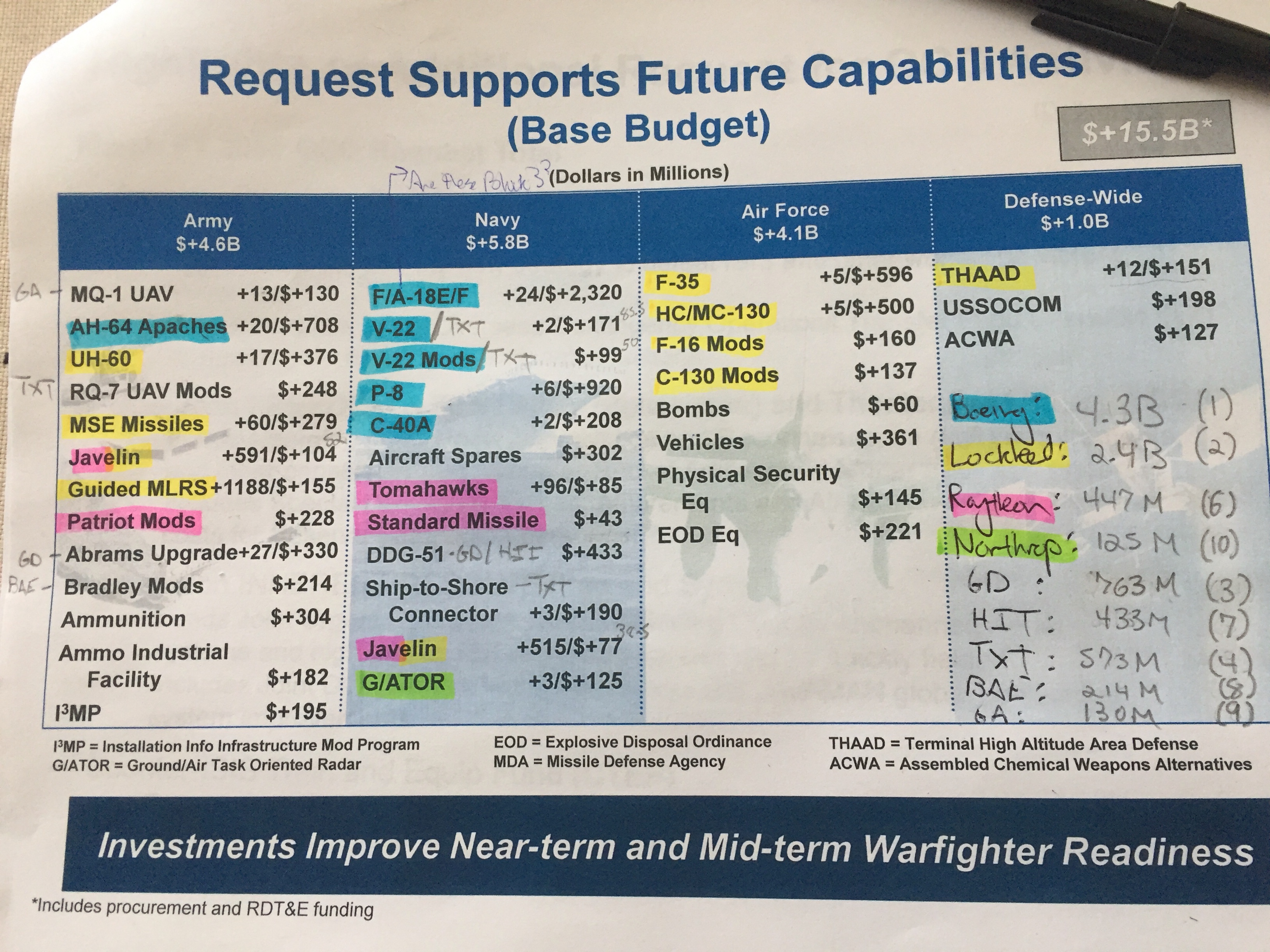 During a February visit to a Boeing commercial airplane factory in Charleston, South Carolina, Trump said “we are looking seriously at a big order” of Super Hornet fighter jets. Wrapping up remarks at Charleston, Trump proclaimed, “God bless Boeing.”

Boeing is far from the only contractor anticipating 9- or 10-figure boosts to weapons programs they run. (Note that the topline revenue for any military program flows through the prime contractor and out to dozens or even hundreds of sub-suppliers.) Lockheed Martin-run programs would see boosts up to $2.4 billion, which would buy five F-35 Joint Strike Fighters, five C-130s, Black Hawk helicopters, missiles, and missile interceptors. Textron, General Dynamics, Raytheon, BAE Systems, General Atomics and Northrop Grumman each stand to score hundreds of millions of dollars as well.

NEXT STORY: Pivot or not, Pacific remains a priority; Air Force leaders object to new F-15s and F-16s; Budget overoptimism; and more.