Airmen from the 33rd Maintenance Group perform checks on an F-35A Lightning II prior to a hot pit refueling session at Eglin Air Force Base, Florida.

The company is pitching the Pentagon on a five-year deal — with promises to keep 80 percent of the fleet mission-ready.

Lockheed Martin is pitching the Pentagon on a new idea for reducing the cost of the F-35 combat jet: sign a five-year maintenance deal instead of negotiating a new contract every year. There’s also a performance-based twist: the company would provide enough spare parts to keep 80 percent of the world’s F-35s battle-ready — or face penalties.

Currently, Lockheed and the Pentagon’s F-35 program office negotiate new deals every year to maintain the hundreds of F-35s flown by U.S. and allied forces. The negotiations often take most of the year and by the time a contract is signed, it’s time to begin negotiating the next one.

“It’s a commitment on the company’s part to a five-year deal and it would bring along the partners as well as the supply chain and allow us all to establish long-term arrangements with our vendor base,” Merchant said. “If we had a five-year deal where folks could could bank on having a certain level of money coming into their activities and be able to work long-term arrangements with the vendor base, everybody benefits from that.”

“Undersecretary Ellen Lord and the department continue to work closely with Lockheed Martin to ensure the best capabilities for our warfighters at the best value to the taxpayer,” Lt. Col. Mike Andrews, a Pentagon spokesman, said in an emailed statement. “We will continue to keep any discussions or proposals on the F-35 program private until appropriate to discuss publicly.”

The Pentagon currently pays Lockheed more than $2 billion per year to sustain about 400 jets, or roughly $5 million per jet per year. But within four years, the global fleet is expected to reach nearly 1,200 aircraft as production ramps up.

Lockheed estimates that the tab for the five-year arrangement could come to $15 billion, and that it would save the Pentagon a total of $1 billion.

Company officials figure that both sides will do better with the half-decade-long deal, which will allow the aircraft maker to lock in longer-lead parts contracts and assure its suppliers of steady work at known prices. Lockheed also says that if the Pentagon signs the deal, the company will immediately invest $1.5 billion to buy parts, sign long-lead contracts, and improve the F-35’s ALIS logistics/maintenance software.

And Lockheed say the arrangement would require the company to make sure 80 percent of the fleet is always mission-ready.

Fewer than half of the Air Force F-35s were deemed mission-ready in 2018, according to Air Force Times. Those numbers have improved this year, particularly for jets deployed overseas. Last year, former Defense Secretary Jim Mattis ordered the military services to boost fighter readiness to 80 percent.

“We are accepting a lot of the risk in the deal,” Merchant said.

“That growth is going to lead to a step function in flying hours and we’ve got to be prepared for that,” Merchant said.

“This is our opportunity to stand behind [our] product from the sustainment perspective,” he said.

This story was updated from its original version to include a Pentagon statement. 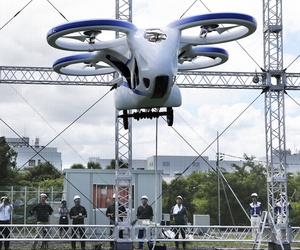 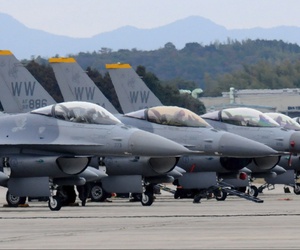 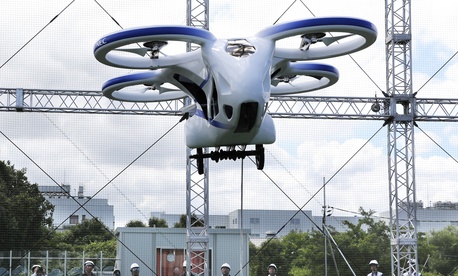 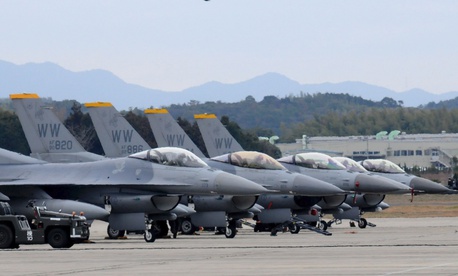