U.S. policies that restrained and shrank atomic arsenals have been abandoned. Yet there are hopeful trends as well.

Never take progress for granted. That is the big lesson from the past ten years of dealing with nuclear threats. The decade began with great hope for a transformational U.S. nuclear policy and increased global cooperation. It ended with nuclear risks resurgent across the board.

At the beginning of 2010, one of us was writing another book on nuclear policy, the other was finishing senior year in college. But we end this nuclear decade in the same place: deeply worried about multiple nuclear dangers and the failure of U.S. nuclear policy.

There is some good news. We end the decade better off than we began by several measures. In 2010, there were 22,400 nuclear weapons on the planet. Today, there are fewer than 14,000, a 40-percent reduction. For the first time in the Atomic Age, a decade passed without a new nation joining the nuclear club. (North Korea became the ninth nuclear-armed state in 2006.) Moreover, there was no nuclear terrorist attack, not even a dirty bomb—though that was the top threat cited in the U.S. National Security Strategy of 2010.

These gains were fostered by the policies that guided U.S. strategy for most of the decade. We simultaneously reduced nuclear arsenals, prevented new nuclear states from emerging, and secured nuclear materials as we fought the terrorist networks that sought them. This effective combination of “reduce, prevent, secure” created the conditions for states to shrink existing stockpiles, convinced others not to take the nuclear road, and allowed all to cooperate to block terrorists and outlier states from getting their hands on materials for the cores of bombs.

Related: The Trump Administration’s ‘Denuclearization’ Is A Road to Nowhere

The bad news is that the decade’s progress has stalled. The policies that made it possible have been discarded over the last three years. President Donald Trump inherited substantial nuclear threats. But his administration has made them worse.

Globally, we have an escalating nuclear arms race. Each of the nine nuclear weapons states are building new weapons. Relatedly, we have a near-collapse of arms control structures. Built over years by Republicans and Democrats, they restrained this race and prevented the worst from happening.

Regional threats have intensified, also. The deal that reversed, froze, and secured the Iranian nuclear program is being destroyed—not by Iran, but by the United States. With North Korea, despite promising diplomatic openings, the Trump administration “has yet to develop a workable diplomatic process to structure real, serious and sustainable negotiations,” as a group of senators led by Chuck Schumer recently wrote. The arms race in South Asia now combines with increased instability, and—in the case of India—a dangerous Hindu nationalism that threatens a regional nuclear war with global, catastrophic consequences.

Finally, as one of us recently noted, Donald Trump presents a unique nuclear danger: an unstable individual with the ability to launch a nuclear war whenever he wants, for whatever reason he wants.

It would be easy to blame the current administration for all of these problems. But that would overlook the failures of the previous administration. Obama officials thought they had more time than they did. They believed that half steps would lead to full solutions. They thought that they needed to protect their right flank by continuing status quo policies and appointing supporters of the existing nuclear arsenal to key policy positions.

President Barack Obama had the best of intentions but, as the character played by Louis Gossett Jr. says about Dr. Manhattan at the conclusion of HBO’s brilliant Watchmen series, “He was a good man, but considering what he could do, he could’ve done more.”

There is still reason for hope. Nuclear weapons may seem like an unchangeable reality in the world, but the world itself is changing around them.

For one thing, the “nuclear have-nots” are demanding a say in their destiny. Fifty years ago, these nations pledged to never acquire nuclear weapons in a bargain enshrined in the Nuclear Non-Proliferation Treaty. In return, the “nuclear haves” pledged to end the nuclear arms race and move towards complete disarmament. For five decades, the former deferred to the whims of the latter.

No longer. With the help of the International Campaign to Abolish Nuclear Weapons and other groups, the have-nots organized a series of conferences on the humanitarian consequences of nuclear weapons in 2013 and 2014, then passed a legally binding treaty through the United Nations that comprehensively prohibits nuclear weapons. The treaty will likely come into force by 2021, creating a new global norm that puts pressure on even those states who remain outside the pact.

Governments are not alone in shaking up the traditional hierarchies. Compared to 10 years ago, the nuclear policy community looks starkly different. The field is younger, more female, more racially diverse, though not nearly enough. This trend is typified by the likes of ICAN abroad and Beyond the Bomb domestically.

In all these cases, people are insisting that nuclear decisions, which affect us all, be made by us all.

These trends are positive, but can they overcome the destruction of the arms control regime, the expansion of nuclear stockpiles, and the growing regional threats?

The last ten years show that when policy falters, disasters loom. The history of the next nuclear decade begins now. It will be a race, as former Sen. Sam Nunn says, between cooperation and catastrophe. We hope to see you at the finish line. 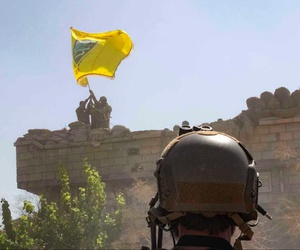 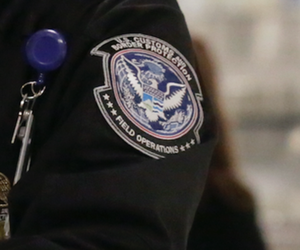 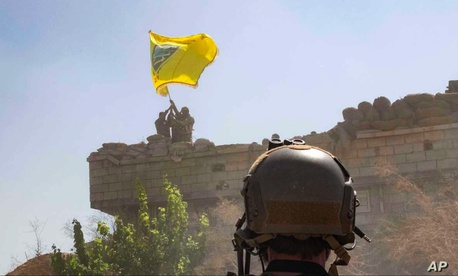 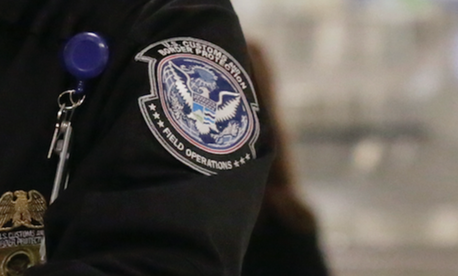