Why the F100 Engine Is the Best Choice for the F-15EX
Skip to Content
Get all our news and commentary in your inbox at 6 a.m. ET.
Ideas
Russia Is Waging Asymmetric Warfare Against the US — And We’re Letting Them Win

We must do more to harden against these attacks on our economy, institutions, and the public. 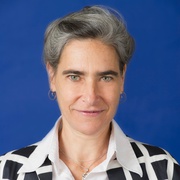 Not too long ago, I watched the Taliban lose major offensives in Afghanistan and yet infiltrate the same zones afterwards, gaining strategic ground. Now I am watching Moscow do the same, inside the American homeland, and the national security establishment is hardly reacting. It is time for us to counter this threat with appropriate force. That means mounting a public campaign to harden targets throughout our economy, including hedge funds and their investments, educational institutions, and the public at large. And it means publicly demanding the impeachment and removal from office of Russian President Vladimir Putin’s apologist in chief, President Donald Trump.

The penetration we’re witnessing could never have been achieved during the Cold War. But Russia’s approach and our meek response call to mind Afghanistan, where I witnessed asymmetric warfare close up for the better part of a decade. In 2007, after the death of a fierce local opponent, Taliban moved in on Arghandab District, just north of their former capital and my home, Kandahar. They overran it, literally dancing on the roof of their late foe’s house.

It took U.S.-led NATO forces four days to mount a ponderous counterattack, their large armored vehicles ill-suited to the narrow byways between high-walled pomegranate orchards.  The Taliban executed a strategic withdrawal, retiring to their mountain redoubts. NATO forces marched back to their base south of the city, loudly celebrating their victory.

But that was not the end of the story. The Taliban’s frontal assault was mostly meant to send a message. When, just a few weeks later, fighters began filtering back down from the mountains, few Arghandab villagers dared refuse them a place on the floor to sleep, or some food. International forces seemed not to notice. The occasional carefully targeted assassinations were dismissed as one-off terrorist attacks, signs of the Taliban’s “desperation” and “inability to hold terrain.” By spring, they owned the district.

The Cold War was the epitome of a conventional military stand-off — a much larger version of how NATO perceived that attack on Arghandab. Each side prepared for a frontal assault by the other, at great expense and opportunity cost. When the USSR collapsed in 1991, Americans celebrated the historic victory, just as the international troops did in 2007.

But that was not the end of the story. Almost as materially outmatched as the Taliban were then, Russia has been filtering back in, using tactics just as unconventional. Like the Afghan insurgents’, these tactics seek above all to weaken target populations psychologically. Some moves are covert, such as secretly hacking into the email accounts of the Democratic National Committee in 2016. But one of the most effective is perfectly visible: the use of money as a soft weapons system. For years, Putin-linked high-rollers have been buying their way into the highest reaches of the U.S. economy, social fabric, and politics.

One of the cleverest is Leonid “Len” Blavatnik, who gained his riches in the 1990s free-for-all in which well-connected operators linked to criminal gangs and government officials stripped their former country of its most precious assets: minerals, metals, natural gas. He gained U.K. and U.S. citizenship (not too hard for billionaires, under “golden visa” provisions that ease entry for applicants who make large investments). By lavishing his dubiously-gained riches on prestigious institutions, such as Oxford and Harvard Universities, and the Council on Foreign Relations, he has gained entrée into the most respected circles of education and policy-making.

He has been equally generous with political parties, just more carefully than the two indicted former Soviets who have been in the news of late, Lev Parnas and Igor Fruman, who are also embroiled in the activities in Ukraine that are at the heart of impeachment proceedings.

Related: Donald Trump's Pattern of Deference to the Kremlin Is Clear

Another way Moscow-linked oligarchs are moving in is via private investment. Blavatnik is a major shareholder in Rusal, the Russian company behind a massive projected aluminum plant in Kentucky. Vladimir Potanin’s Altpoint Capital owns a company contracted to store Maryland’s voter registration data and provide data services to the Defense Department.

Then there are those well-timed Russian investments in Trump’s wobbly empire of real estate holdings. A notable one is Dmitry Rybolovlev’s purchase of a Palm Beach mansion. Rybolovlev, a Monaco resident, is under indictment there in a sprawling corruption probe.

Any single decision or statement Trump has made that advances Moscow’s interests might be dismissed as a one-off. Each, alone, has been explained away as the product of his inflated ego, or of his stated goal of reducing U.S. entanglements overseas. Taken together, however, they reveal a hair-raising pattern of compromising U.S. national security to advance Russia’s interests.

Just in the past 18 months, Trump has lobbied to get Russia readmitted to the G-7, denigrated NATO, given Turkey a pass on buying Russian anti-aircraft missiles, eased sanctions on an oligarch with deep ties to Putin (so his company could invest in that strategic aluminum plant) and abruptly ordered the withdrawal of U.S. troops from Syria. Trump has also promoted a narrative about Ukraine, concocted in the Kremlin, that serves both to disculpate Russia for sabotaging U.S. elections and to cripple a country Putin wants dismembered. And let’s not forget our president’s heart-stopping body-language and remarks at the July 2018 summit with Putin in Helsinki.

Impeachment and removal from office, we are often reminded, is a political step. But to see it only that way is a dodge. In this dangerous context it constitutes an emergency security measure. We in the national security community should mount a messaging campaign warning private individuals and institutions against flirting with Russia. When think tanks or corporations on whose boards we serve, or companies we advise, get tempted by Moscow’s money, we should challenge their leadership. But above all, we must demand that the U.S. official who is selling this country to its most threatening enemy be curbed — now, not a long year from now.