An American flag flutters in the wind in front of the U.S. Capitol dome in Washington, late Tuesday, Nov. 12, 2019.

If Congress fails to respond effectively, the president will be left with the unmitigated power to take the country to war on his own—anywhere, anytime, for any reason.

The drone strike that killed Major General Qassem Soleimani, leader of the Quds Force of the Islamic Revolutionary Guard Corps, raises many legal issues, but one of the most significant—at least to the American constitutional order—is that President Donald Trump ordered the strike without so much as informingDemocratic leadership in Congress, disregarding Congress’s essential role in initiating war. If Congress fails to respond effectively, the constitutional order will be broken beyond repair, and the president will be left with the unmitigated power to take the country to war on his own—anywhere, anytime, for any reason.

As nearly every account of Soleimani’s killing has made clear, he was responsible for the deaths of thousands, including hundreds of Americans. Soleimani was the principal architect of Iran’s successful regional ascendancy in the Middle East—through both direct action and an array of insurgent proxy forces that have fueled conflicts across the region. Presidents before Trump, however, held back from taking action against Soleimani, concluding that doing so would spark war with Iran and unleash its proxy forces against the U.S. and its allies.

Their lawyers also almost certainly counseled that such action would be illegal. Any significant military action requires legal authority under both domestic and international law. Normally, domestic law would require the president to seek the approval of Congress, usually through a law authorizing the use of military force (after all, the Constitution gives Congress, not the president, the power to “declare war”). International law would also require him to seek the approval of the United Nations Security Council before resorting to force, unless the host state consents (which it did not) or the action qualifies for the express, but narrow, self-defense exception. Trump did not seek approval in either forum.

National Security Adviser Robert O’Brien told reporters that the killing was justified under the 2002 law Authorization for Use of Military Force Against Iraq, which was passed to permit the president to act to address threats posed by Iraq. Relying on the law would require a conclusion that the threat from Soleimani, an Iranian government official, was posed by Iraq. In other words, relying on the law is as good as admitting there is no legal basis. Vice President Mike Pence also asserted a false connection between Soleimani and the 9/11 attacks, perhaps in an effort to suggest that the strike could fall under the 2001 Authorization for Use of Military Force. Those claims have been widely discredited, and several members of the Senate earlier expressed skepticismthat the 2001 law authorized action against Iran.

Without any more solid legal authority to cite, the Trump administration seems to have turned to the claim that it was acting in self-defense. Though the administration has yet to provide any clear explanation for the legality of the strikes, it has offered various clues that the central justification is the president’s right to engage in self-defense on behalf of the United States. The Department of Defense issued a short statement suggesting that the attack was justified as an act of defense “aimed at deterring future Iranian attack plans.” Secretary of State Mike Pompeo later more forcefully claimed that the strike was aimed at disrupting an “imminent attack.”

This claim—were it true—could solve the administration’s domestic and international legal problems at once. Both the U.S. Constitution and the UN charter include an exception for self-defense. Under Article II of the Constitution, the president may act to respond to imminent threats to the nation. The original idea was that there may be times when it is impractical or impossible to convene Congress—something that was especially true when communication and travel could take weeks. In such cases, the president would not be prevented from taking necessary action to defend the nation until Congress could be convened. The UN charter, which prohibits a state from unilaterally resorting to the use of force against another state, also allows for an exception in cases where the state has been the subject of an armed attack or, most experts agree, will imminently be subject to such an attack. In both cases, the exception is narrow: The threat must be so extreme and imminent that it would be unreasonable to seek the necessary approvals before taking action to defend the country.

New reporting from The New York Times, however, concludes that “the evidence suggesting there was to be an imminent attack on American targets is ‘razor thin.’” A U.S. government official reportedly described the claim that Soleimani was planning an attack “that could kill hundreds” as “an illogical leap.” In short, it does not seem there was any imminent threat justifying unilateral action by the president.

Some experts have pointed to memos written by the Department of Justice’s Office of Legal Counsel suggesting that the president has wider latitude to act on his own, beyond cases of imminent self-defense. But those memos have to be put into context. They are not issued by impartial judges but by lawyers working for the president. They therefore unsurprisingly offer a very broad reading of unilateral presidential authority. The Obama administration issued opinions that offer questionable claims of presidential authority—asserting that the president did not need prior congressional approval for military operations against Libya in 2011, for example, because “he could reasonably determine that such use of force was in the national interest.” But these assertions of authority have never been approved by a court.

Though presidents have pushed the boundaries of their unilateral authority before, this action by President Trump is arguably unprecedented. When President Barack Obama participated in the NATO strikes in Libya, at least the operation was undertaken with allies and approved by the United Nations Security Council. (He later stated that the operation was the worst mistake of his presidency.) When President George W. Bush invaded Iraq in 2003, his international support was tenuous, but he had clear congressional authorization. In fact, the closest recent precedent for the current operation is President Trump’s own earlier decisions to strike Syrian-government targets in April 2017 and again in April 2018—without either congressional or international support. But those strikes were relatively minor in comparison and did not risk setting off a new regional war.

In 1973, after discovering President Richard Nixon’s secret bombing campaign in Cambodia, Congress took steps to reclaim its power by passing the War Powers Resolution, which requires the president to report to Congress whenever armed forces are introduced “into hostilities or into situations where imminent involvement in hostilities is clearly indicated,” and to terminate any hostilities after 60 days unless authorized by Congress. The effectiveness of the resolution has since been undermined by, among other things, fights over the meaning of “hostilities.” Congress must now act again not only to reject the illegal use of force represented by the decision to kill Soleimani, but also to reassert its constitutional role in the decision-making process that takes the nation to war. If Congress fails to effectively press back against this unconstitutional assertion of unilateral authority, it will set a precedent that will put the greatest destructive power the world has ever known in the hands of a single man. 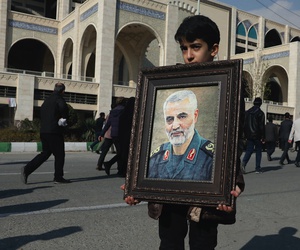 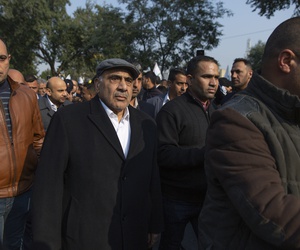 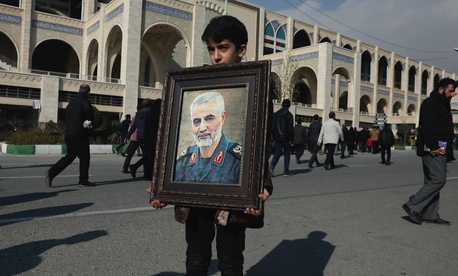 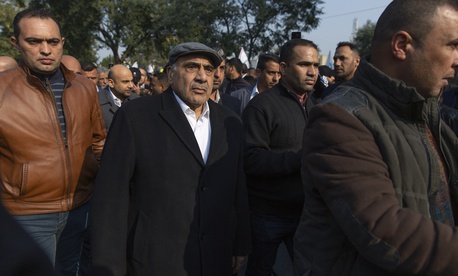